The Long Game in Crypto: Why Decentralization Matters 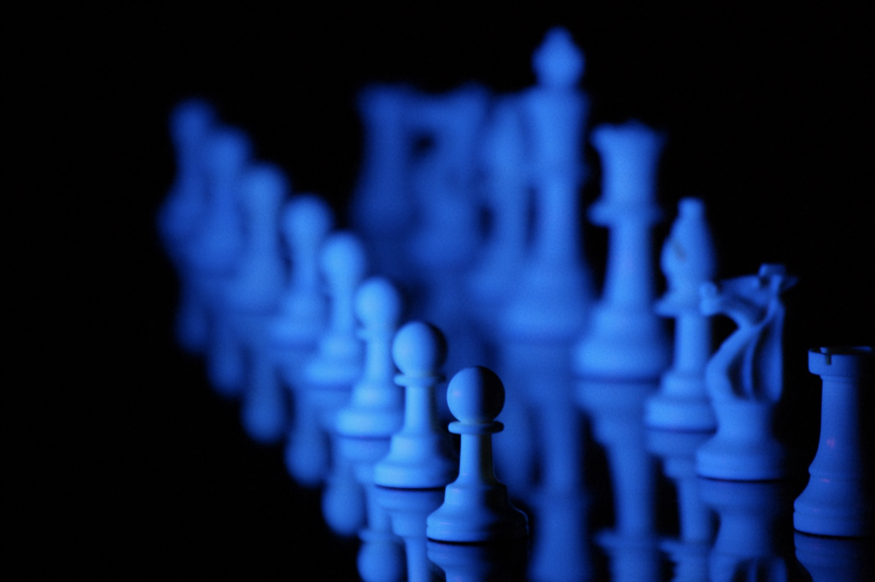 The future of crypto hinges on a critical, yet-to-be-answered question about the role of decentralization in a blockchain-based network. The answer has tremendous implications for the industry and the way investors allocate capital across crypto-assets.

The question is how important is decentralization and to what degree can we compromise on decentralization for particular use-cases? I will make a case that the only medium- to long-term viable decentralization strategy is one that supports so called “sovereign-grade” censorship resistance.

The trend toward centralization

For example, relative to Bitcoin, Ethereum has placed a relatively greater emphasis on functionality. Newer 3.0 smart contract platforms like EOS have gone much further along the spectrum toward centralization — to the point where EOS will ultimately be run by a relatively small handful of entities but can offer a much greater range of functionality and improved throughput as a result.

It’s not surprising that new users and developers have gravitated toward these newer networks: Improved throughput and functionality are things that users and developers can immediately appreciate whereas the benefits of “decentralization” as a feature are seemingly amorphous.

The importance of decentralization

The reality, however, is that without decentralization these crypto networks lose their most important qualities of being “permissionless” and “censorship-resistant” — that is, that anyone can use the network and anyone can build on top of them.

After all, the entire point of a decentralized blockchain is to provide a hard-promise — an immutable ledger with open, non-discriminatory participation. In a sense, we bear the inefficiency of decentralization because it is the only way to enable a network with these qualities.

Still, the question remains: how decentralized does a network need to be? And is the trend toward centralization sustainable for networks that aim to be “permissionless” (like the internet)? The problem is that we don’t yet know what level of decentralization is safe and, to make matters more challenging, decentralization itself is multi-dimensional and difficult to measure.

The former (“sovereign-grade”) typically refers to something like Bitcoin, which is perceived to be a greater target for nation-state attackers than 3.0 smart contract platforms (e.g. Tezos, EOS) which might only need “platform-grade” censorship resistance. The idea here is that the nature of Bitcoin makes it more likely to be subject to nation-state attackers than a smart contract platform.

The argument for “platform-grade” censorship resistance is that there’s tremendous uncertainty building on today’s centralized platforms like Facebook, Apple, or Google in that they can suddenly change what is and isn’t allowed on their platform and radically affect the economic prospects of businesses that depend on them. As a result of this uncertainty, developers are more hesitant to build on these platforms and investors are more hesitant to invest in companies that depend on them — a net loss for development and economic activity.

In this “platform-grade” narrative the “3.0” smart contract platforms solve this problem by distributing control from one authority to a relatively small handful of authorities. The narrative continues that by doing so these platforms are valuable in that they can provide stronger assurances to developers which will drive more activity and development on the platform. This assertion of “stronger assurances” is core to the “platform grade” narrative.

At the highest level, my concern with this narrative is that these platforms simply can’t offer meaningfully stronger assurances without being highly decentralized — that it’s only through high degrees of decentralization that we can offer strong assurances.

More specifically, my issues with this “platform-grade” narrative are two-fold: First, permissionless platforms will inevitably demand sovereign-grade censorship resistance and, second, if not truly permissionless then these platforms will trend toward the same outcome as today’s centralized platforms (censorship and permissioning) but with less efficient infrastructure.

If these semi-decentralized platforms deliver truly “permissionless” functionality (anyone can build anything), it will only be a matter of time before someone builds a DApp that draws the ire of “sovereign-grade” nation-state attackers. For example, someone will build the “money laundering DApp” or a “classified documents” DApp that allows people to buy and sell nation-state “secrets”.

If the platform censors these activities then it has failed to deliver strong assurances and it is neither “permissionless” nor “censorship resistant”. Still, some might argue that’s a positive: That they wouldn’t want to support or build atop a platform that enables these types of activities and therefore the lack of censorship resistance or strong assurances for these use cases is actually a feature that allows “us” to eradicate “bad things”.

This brings me to my second issue with the concept of “platform-grade” censorship resistance.

Issue 2 of 2: Subject to the same pressures, these platforms will trend toward the same outcome as today’s centralized platforms (but via less efficient means)

Let’s take a step back to examine the problem that “platform-grade” censorship resistant platforms are trying to solve: Tech platforms like Facebook, Google, Twitter, and Apple change their policies (“censor”) in response to either social pressure (e.g. a user-demanded ban on gun videos) or economic pressure (e.g. someone using the platform to compete against it).

I’d argue that these social and economic pressures will drive the same outcome whether control is in the hands of a single entity (e.g. Facebook or Apple) or in the hands of a small handful of operators in a semi-decentralized system. If so, then these platforms haven’t achieved “platform-grade” censorship-resistance, haven’t delivered stronger assurances than the platforms they came to replace and, instead, have only produced a less efficient means for accomplishing the same ends.

The path forward: Highly decentralized base layer with increased centralization (and efficiency) on higher layers

Why does all of this matter? With crypto valued over $400B and new capital inflows daily, the question of decentralization is important as developers choose which platforms to build on top of for long-term viability and investors allocate capital to the industry.

I’ve made the case as to why I think highly decentralized blockchains with “sovereign-grade” censorship resistance might be the only viable strategy in the medium- to long-term but what does this mean going forward?

What these “3.0” platforms are implicitly acknowledging in their compromise on decentralization is that there is efficiency in centralization. I think that’s an important point and if we can safely leverage the efficiencies of centralization, we should.

However, as explained above, centralization at the base-layer appears unsustainable and the only viable way to make this tradeoff might be on layers built atop a highly-decentralized network like Bitcoin or others. In this way, we can leverage the strong assurances (“hard promises”) that highly decentralized, truly censorship resistant blockchains offer while also leveraging the efficiencies of centralization at higher layers.

For a more in-depth discussion about the value of hard-promises in a highly-decentralized network and how we can build “soft-promises” and centralization in higher layers, I highly recommend this talk by Andreas Antonopoulos from the San Francisco Bitcoin meetup.

Ultimately, I think the ongoing trend toward increasing centralization inevitably leads to a situation where a blockchain loses its entire raison d’etre as a permissionless platform with strong assurances and what we’re left with is a permissioned network that resembles today’s centralized networks but built on less efficient infrastructure. That doesn’t sound very interesting or exciting to me.

Instead, I’m most optimistic that highly decentralized networks will provide the robust foundation on top of which we can realize the efficiencies of centralization in higher layers — should it be desired. It’s a path that will likely take longer and be more difficult to build, but it might be the only viable route medium- to long-term.

In closing, we’re all living through one of the grandest experiments in history and it’s playing out in real time, I’d love to hear your feedback about why I’m wrong in the viewpoint presented here. Criticism encouraged!