The fact that Bitcoin has succeeded is beyond dispute. Bitcoin has lasted 9 years. Bitcoin has a $100B+ market cap. Bitcoin has had better uptime than almost anything else and has spawned a pretty large ecosystem of businesses, open source projects and investors. Perhaps most tellingly, Bitcoin has also spawned a large number of imitators that compete against it. 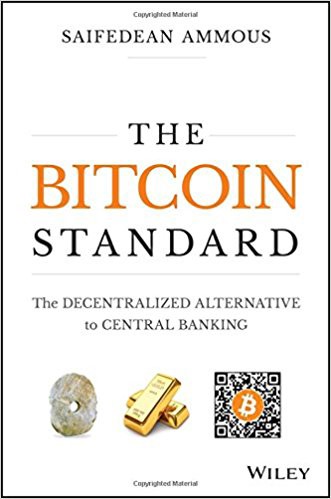 These questions and more are answered in Saifedean Ammous’s new book The Bitcoin Standard. In this article, I’m _not _going to review the book exactly, but explore some of the powerful ideas that are presented in the book as a way to answer why Bitcoin works.

As far as what I thought of the book, it’s very entertaining, and the book is worth buying just for the history of money alone. The thoroughly researched and logical explanations of what makes money useful were very insightful and the second and third order effects of monetary policy were well explained. This book is joining the select books that I reread every couple of years such as Taleb’s Antifragile.

If you don’t like spoilers, please stop here, read the book and come back. If you like reading about my take on some of the ideas as a way to evaluate whether you should read the book or not, please continue. With that out of the way, let’s take a look at some of the really powerful ideas from the book itself.

A bunch of high time preference people will not think very much about the future. Instead of saving for tomorrow, they’ll spend now, consume and not be very productive. They won’t be saving for tomorrow, starting businesses or building large scale projects as they all require a lot of planning.

As they say, Rome wasn’t built in a day. Building civilization with all the systems and large capital projects require lots of people that have a low time preference. 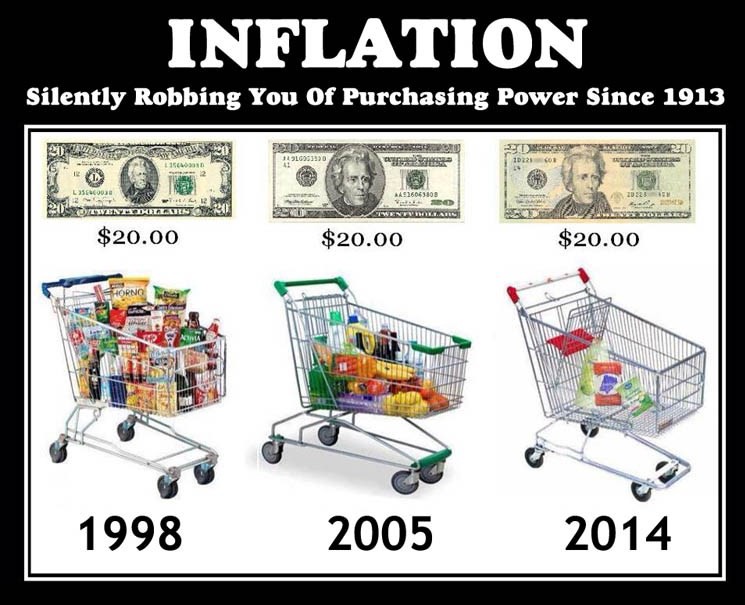 Saifedean argues in the book that monetary policy affects the time preferences of the population quite a bit. High inflation, or quick reduction of purchasing power of money causes people to have a high time preference. This is evident in hyperinflating economies as people in such countries spend their money as quickly as possible.

What’s even more intriguing is the idea that high time preferences bleed into other areas of life. Obesity and type 2 diabetes, for example, are caused by over-consumption of unhealthy food, which is indicative of a high time preference. A society that has a looser monetary policy would expect to see more obese people if this were true. Indeed, obesity has tripled worldwide in the last 40 years. Correlation is not causation, obviously, but this is worth investigating.

With Bitcoin, you have an iron-clad monetary policy. All inflation is expected and the supply is capped at 21 million. The behavior we would expect out of the people that own Bitcoin is that of people with a low time preference given the low inflation. At least anecdotally, this seems to be the case as most people start caring more about their saving a lot more once they get into Bitcoin. It’s hard to tell which is the cause and which is the effect, but we can say that this is very much correlated.

Bitcoin holders have a low time preference and that causes them to make Bitcoin more scarce. This, in effect makes Bitcoin more valuable and more desirable, causing even more people, especially those with low time preference, to hold Bitcoin. This is a virtuous cycle that has caused Bitcoin’s value to go up in the past 9 years.

One of the most enjoyable parts of the book is the discussion of the various mediums that were used as money in the past. These include wampums, rai stones and of course, precious metals. What killed most previous mediums as money is technology. Specifically, people figured out a way to produce a lot of the same medium, inflating the supply to no longer make the medium scarce.

Expending effort creating money, granted it costs less than the actual value of the money itself, makes all the sense in the world. The money medium has value so getting more of it for less than its value is a no-brainer. What’s more, these don’t actually add to the productive capacity of an economy. Adding to the supply of money doesn’t actually help anything, just redistributes the wealth to those creating more of the supply from those that save.

What’s less understood is how much goes into creating more money supply in a fiat economy. Saifedean argues that a large part of the banking sector is essentially engaged in money creation activities. Given that banking takes up 7–10% of GDP in the US, you can see that this is an enormous redistribution of wealth that doesn’t add productivity.

Bitcoin’s equivalent, of course, is proof-of-work mining. What’s interesting about Bitcoin’s creating more money supply is that it’s got a secondary function. The act of creating more money in Bitcoin also adds to its security through proof-of-work. In a sense, creating more money supply in Bitcoin is not wasted like it is in any other monetary system. The redistribution of wealth is earned as adding security to the network has value. In a sense, the entire network is paying miners to add security. Eventually, it will only be the transactors paying miners to add security.

Furthermore, this observation also makes clear the inferiority of proof-of-stake. Effort will be expended to create more money supply, we just don’t know what form that will take as the work has no proof that it was done. Furthermore, that effort will not add security to the network in any way and the work really will be wasted.

Fiat Money is Not Yours

One of the most eye opening parts of the book is the discussion of what happened in WWI. What started as a small war between Serbian separatists and the Austro-Hungarian empire became a global war that exhausted the coffers of nearly every country involved in the war. The difference between this and previous wars was the presence of central banking. 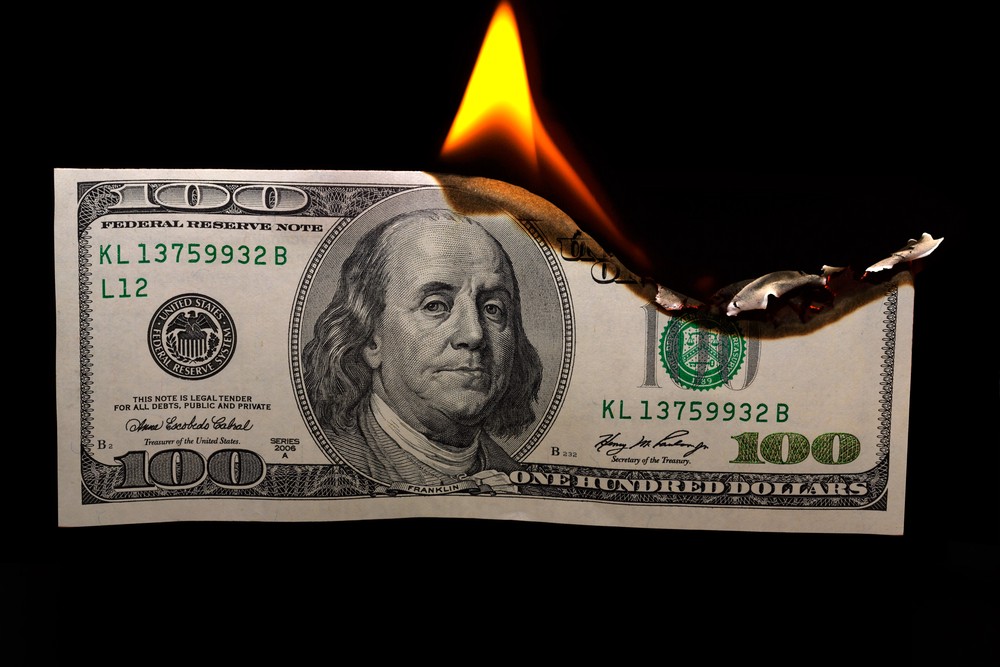 Inflation is not the only way fiat money can be seized. Since most money is not in cash, seizing the money held in bank accounts is another popular way for the government to confiscate money. AML/KYC laws around financial institutions are a way to closely monitor cash traffic to seize money from people the government does not approve of. The quick and slippery slope to tyranny starting from terrorists to marijuana dispensaries to pornographers to political opponents is an exercise left to the reader.

What’s very different about Bitcoin is that the money is not controlled by a central party. Bitcoin is unseizable and requires the private key(s) to confiscate. This is not only different from fiat, but also from many altcoins. Tether has marked certain coins unredeemable. Ethereum has seized coins from people it deems “hackers”.

There are a lot of reasons why sound money is important for society, but the biggest one that I learned from the book is that sound money allows people to plan effectively. Fiat money is generally pretty good at being divisible or transmitting across large distances (exceptions being foreign remittances or micropayments). What fiat money is not good at is being able to store value for the future (In the book, this concept is called salability across scales, distance and time). 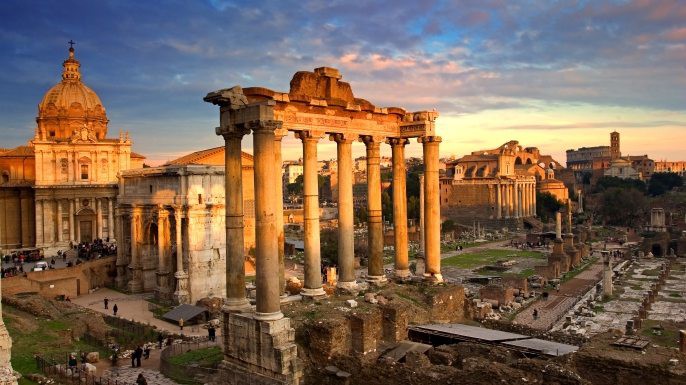 Sound money allows for savings and savings allows for capital accumulation. When sufficient capital has been accumulated, that can be utilized to create larger-scale projects to make production more efficient. The example in the book is that of a fisherman using bare hands vs using savings to buy a fishing rod and nets. The latter is more efficient and allows for more production.

The sharp reader may be wondering why you wouldn’t just fund that centrally and get the same benefits. Indeed, that’s mostly what government expenditures try to do. Unfortunately, the decisions on what to invest in then come down to government bureaucrats who don’t have the financial incentive nor the expertise to determine what to invest in. The result is lots of malinvestment or waste. Think corporate welfare, bridges to nowhere or green energy boondoggles.

Entrepreneurs, on the other hand, have a huge financial incentive (especially loss aversion) and expertise to invest in that which has a higher probability of success. Furthermore, the successful entrepreneurs get more reward allowing them to invest more in large capital projects creating better and better investments with time.

Bitcoin’s main benefit to society can be understood as bringing back sound money. Sound money allows for capital accumulation which allows for investment, leading to better goods and services for less effort. This, in turn, benefits all of civilization. We’re not there yet, but this is the main value proposition.

Contrast this to our society which is based on fiat money and you can see the difference. Instead of a large number of rent seekers, we instead get entrepreneurs. Instead of people playing zero sum games, we get innovations that add to the pie.

In short, Bitcoin works because Bitcoin is sound money. And sound money changes everything. Bitcoin will change the role of government, how people relate to one another, how people will perceive the future, how everyone will plan, etc. Bitcoin is nothing less than a complete upheaval of the current fiat system with large second and third order effects that incentivize building instead of rent-seeking.

Welcome to the revolution.