Spiritual Reflections On The Bitcoin Halving

the halving was not a group call. It was a celebration of a nonviolent revolution trolling its way to victory. 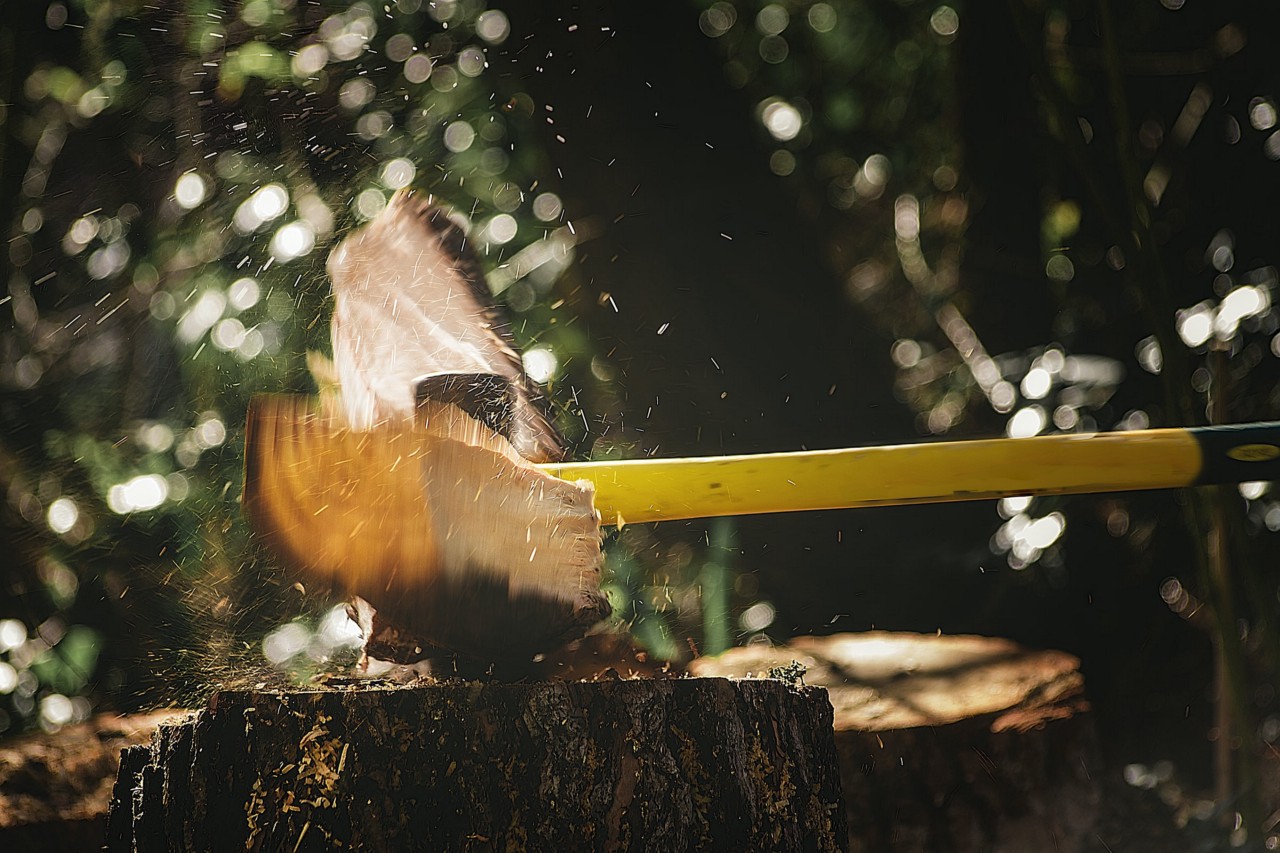 photo by Anthony Cantin, via Unsplash

At approximately 8.23 pm GMT yesterday, the 630,000th Bitcoin block was mined, the first to offer the reward to its successful miner of 6.25 bitcoin rather than 12.5, as has been the case for the past four years. You may have caught wind of this, what with #BitcoinHalving briefly trending on Twitter, an uptick in coverage of Bitcoin in the media over the past few days, or for some other reason.

Miners secure the network by wasting electricity solving useless mathematical puzzles. Whoever solves the puzzle first gets a reward and all the pending transactions get logged. The reward just halved, meaning the supply to the market will likely contract, leading many to suspect the price will go up, while others disagree. So far markets have done …

The halving was not _just _the mining of the 630 thousandth block. It was a social event perhaps unlike any other in history, and perhaps even never to be repeated. Previous halvings (this was the third) were celebrated in bars, beaches, and barbecues, as I am sure this one would have been in normal times. But given the lockdown, the celebrations were migrated to Zoom, YouTube, and Twitter, for the most part.

Many thought this a shame, reminisced spending previous halvings — or previous get-togethers of any kind — in person, and looked forward to being able to do so once again whenever normality returns. But I think the circumstances forced their own beauty, their own poignancy. Not everybody can afford to go to New York on a random Monday in May, but everybody can afford to turn on YouTube. The lockdown meant everybody in the world celebrated the halving in the same place: on the Internet. In Bitcoin’s home.

And so rather than take planes, trains, and automobiles to the bars, beaches, and barbecues, tens of thousands of individuals tuned in live from all over the world for what — factually — was little more than a countdown. Many likened it to New Year’s Eve, but it was different for at least two reasons, one factual and one spiritual.

Factually, the event itself can only be said to exist on the Internet. It was not “in a place”, except insofar as it was in every place. Unlike New Year’s, therefore, it happened for everybody at the same time. 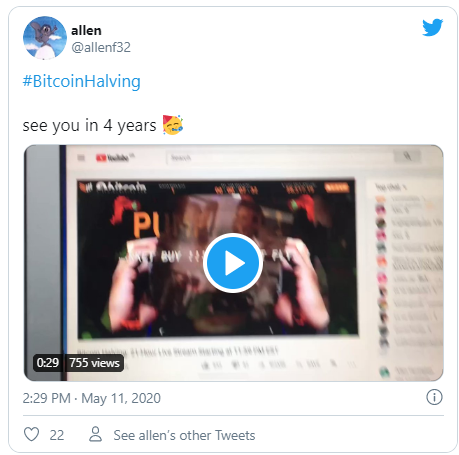 But spiritually, the importance of this universality really cannot be overstated. The Bitcoin halving happened at the same time for everybody because the Bitcoin protocol is the same thing for everybody. It knows no borders and no nationalities. It knows no time zones. One might say it _is its own reference time. _The halving didn’t happen at 8.23 pm GMT — 8.23 pm GMT happened at block 630 000.

Similarly, the halving didn’t happen at ~$8,500 BTC:USD, it happened at 1 BTC:BTC. There will be a time when no “exchange rates” matter or are even meaningful. In anticipation of this, I would encourage the adoption of a different, more consistent metric — perhaps Bitcoin’s share of the aggregate global capitalisation of currency? Bitcoin is its own reference value.

Bitcoin’s reference time is the same for everybody, as is its reference value, as is its reference software, as indeed are its engendered social celebrations. Provided you have an internet connection you can use Bitcoin to tell the time, to transfer value, to inspect its code, and to join the party.

Moreover, these _must be _the same for everybody, because they exist as references in the first place because Bitcoin, the ecosystem, strongly encourages nonviolent agreement. Bitcoin has elevated the importance of the word “consensus” in the English language, and its translations in every language, for that matter. Bitcoin is written in C++. This is the factual reason that everybody can read it. The spiritual reason is that it is open source, and that it _must _be open source for consensus to form and be maintained.

Every block has a field called coinbase, which the lucky miner may fill with a limited string of text that has no strictly functional purpose in terms of the code, but, due to the open source nature of the blockchain, anybody can read, and hence can be used as a kind of meta-tool for signalling purposes. The very first block ever mined by Satoshi Nakamoto was given the following text as its coinbase:

Factually, this served as a timestamp. Spiritually, it served as a statement of purpose: a call to arms that cheekily elucidated why this radical experiment was even being attempted. It was soon discovered after the halving that the coinbase of the 629 999th block, the last to reward 12.5 BTC, was filled by mining pool_ f2pool _with the text:

I won’t insult this astonishing gesture by explaining its content. I wish merely to draw attention to its beautiful duality; factually, this achieves nothing. It is a throwback: an impressively well-executed meme.

But spiritually, this is a battle cry. Because here we are again, twelve years and goodness knows however many trillions of unbounded dollars later. Bitcoin is no longer an experiment. It is a nonviolent revolution against financial tyranny, led by nobody, fought by anybody and everybody. And it is literally trolling its way to victory.

Happy halving, everybody. See you again in four years.

a lightly edited version of this post has since been syndicated on CoinDesk. Huge thanks to Noelle Acheson and Ben Schiller for making that happen! :)