I’ve been trying to stitch this together for awhile in a way that is palatable for one with less background on the postmodern/critical/neomarxist religion, but here in summer 2020 I feel it’s more or less self evident.

All the woke shit we’re seeing recently can be traced back to one loser in particular named Jacques Derrida (of course he’s French). 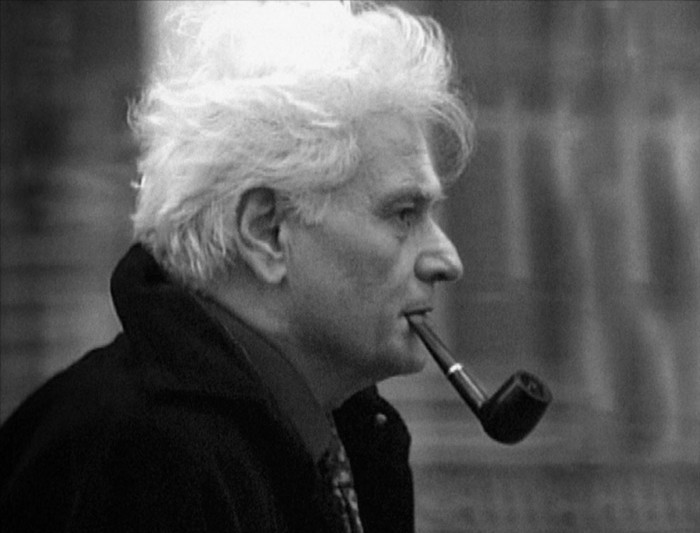 I could disparage Derrida for awhile, because frankly all his ideas are hot garbage. Jordan Peterson calls him the chief trickster behind modern wokeism. Plus he’s french. Did I mention that? Immediate disqualifier.

So what do you need to know about him? Derrida is the philosophical father of deconstructionism. A philosophy expounding (and I’m not kidding) that men with penises make society and so society is penis based and not constructed for the penis-less.

I could have said that in the faux intellectual terms like “phallocentric” that Derrida is fond of using, but it’s more fun the way I said it.

So what’s a penis-less person to do in a society built for penises? Riot of course. Tear it asunder. That’s the core tactic of postmodern theory and critical wokeness.

Ok so what the hell? How does a stupid theory from some pussy ass Frenchman like this get any traction at all?

I’d like to posit that there is nothing particularly special about Jacques here, stupid theories like this emerge from academia all the time. Derrida just had impeccable timing.

Derrida publishes his work in the mid 60’s and by 1979 other scholars (also french🤮) have transformed the theory into post modernism. Post modernism is a more fleshed out version of deconstructionism that has political action attached to it. 40 years later and we’re living through the woke hellscape of a digital and increasingly kinetic deconstructionist revolution.

So again… what the fuck?

As stupid as postmodernism is, I will submit that it is entirely rational and even predictable given the circumstances. Derrida just happened to be the right useful idiot at the right time. He’s the first fiat philosopher.

Smack dab in the middle of this pioneering work on deconstructionism the world loses the gold standard in 1971. An intuitive feeling emerges amongst the global population…

“if the money is by decree? Who decrees it? Why not me? Why not my group? Where’s our share? This isn’t fair.”

People wouldn’t be able to give voice to this feeling if you asked them. They’d jibber jabber some nonsense at you about racism or classism. Despite being literal deconstructionists they fail to interrogate the dogma of money.

There must be some psychological error code in humans where we can’t see what’s wrong with our old dogma until we’ve replaced it with a new dogma.

So now the losers of the cantillion effect have a new operating system. Less of a revolution and more on an insurrection. They don’t want to flip the board over, they just want the historically “oppressed” to have their turn at the money spigot.

This is postmodernism. A dirty tricks campaign and a prevailing idealism that acts as cover story for the money grab.

Why do so many people within the ideology seem so blind to it then? In evolutionary game theory deception confers massive advantage and self deception is the best way to achieve that deception.

You can do terrible things if you convince yourself you’re the good guy. This is why I am scared of the permissive attitude towards violence on the left.

This isn’t just a behavior of the far left either, Reagan era deregulationists went for a massive fiat power grab when they realized that economic growth had slowed. They prioritized growth for the rich (trickle down) because it was easier to do and they directly benefited. Deruglation with a fiat currency is socialism for the rich. They are no better than these leftist morons.

Do I blame any of these people. Not really. Don’t hate the player, hate the game I suppose.

I think the neo-marxists and I would agree on every symptom of decay in our society, but disagree on root cause and treatments.

The effective treatment is to opt out. Back to a fair system where no group has their fingers on the levers of monetary power. We need to flip the board over.