Why Bitcoin is Not a Security

Bitcoin is a broad topic and links together many disciplines such as cryptography, game theory, monetary theory, monetary history, economics, computer science, network dynamics, thermodynamics and information theory. This text shall be understood as a demonstration that Bitcoin, Bitcoin-related dealings, trading, and applications unequivocally sit outside the scope of the securities or derivatives legislation. This demonstration should make the case as to why the proposed framework for crypto-assets trading platform by the Consultation paper 21–402 and CSA Staff Notice 21–327 does not apply to Bitcoin.

1.1 Bitcoin Never was a Security

Here is a brief but straightforward explanation as to why Bitcoin was not a security from the start.

This section aimed to demonstrate that Bitcoin is not and never was a security. It is very possibly a one-time phenomenon and draws a line between bitcoin and the rest of so-called crypto-currencies.

We ended up with 2,000+ crypto-currencies because of the Blockchain bubble. A very sticky narrative has developed around the “technology underpinning bitcoin’’, as if it could be considered in isolation. The market created the name ‘blockchain’ which led to marketing narratives and fund-raising pitch decks being created. Much like the “snake-oil” claims of previous centuries, this new technology would solve almost any problem in the world (from lettuce tracking to identity management). This spurred the rise of blockchain projects raising capital through ICOs (initial coin offerings) in a tulip-bulb like mania.

We ended-up with 2000+ so-called crypto-currencies because very few took the time to first understand what, how and why bitcoin is. If organized true data without a central authority is not needed, then decentralization and open architecture are not needed. This would have helped contrast Bitcoin’s network and infrastructure with Initial Coin Offerings (ICOs) which are essentially a global venture-capital crowdfunding mechanism.

Could there be networks that initially started as an ICO and now are too far advanced and can no longer be considered a security? Perhaps. This will be a definition question that securities regulators will need to answer. But Bitcoin did not start as an ICO.

Understanding the uniqueness of Bitcoin’s conception and how it gave life to a digitally native scarce asset is perhaps the most direct way to comprehend what makes it different from a security-like instrument.

1.2 What is Bitcoin? Bitcoin is Text.

Bitcoin is surely different from anything we have seen before. Some argue that Bitcoin is a form of money, others argue it is a commodity and some simply don’t see anything in Bitcoin. However, this does not matter. What matters is Bitcoin exists and its network and protocol do exactly what they are meant to do, for over ten years. Bitcoin is text, information, speech. It communicates.

“Bitcoin is a distributed ledger system, maintained by a network of peers that monitors and regulates which entries are allocated to what Bitcoin addresses. This is done entirely by transmitting messages that are text, between the computers in the network (known as “nodes”), where cryptographic procedures are executed on these messages in text to verify their authenticity and the identity of the sender and recipient of the message and their position in the public ledger.

The messages sent between nodes in the Bitcoin network are human readable, and printable. There is no point in any Bitcoin transaction that Bitcoin ceases to be text.

It is all text, all the time.

The purpose of Bitcoin is to absolutely verify the ability of the owner a cryptographic key(which is a block of text) that can unlock a ledger entry in the global Bitcoin network.” — Beautyon

There are deep implications to understanding Bitcoin in such a way as it has ramifications to the fundamental freedoms 2(b) of the Canadian Charter of Rights and Freedoms.

Is IIROC, the national self-regulatory organization overseeing all investment dealers and trading activity on debt and equity marketplaces in Canada, and the CSA, aiming to challenge the Constitutional act of 1982 by trying to legislate software developments, text and messaging systems?

1.3 The General Understanding of Bitcoin is “Digital Gold”

The perception of value varies from one individual to the next. Individuals will purchase comic books, preserve them in their original sleeves without ever reading them. Others will purchase figurines, keep them in their original boxes and never play with them. Others will collect vintage cars knowing very well they can only drive one at a time. Other examples include watches, antique furniture, precious stones, paintings, sculptures, fine jewelry and wine.

The point here is their value is not tied to their use, but rather attached to the perceived value in the eyes of the owner. Gold has a valuation significantly above its industrial or ornamental usage. In today’s world, it is unlikely anyone buys a pair of shoes with gold. As such, bitcoin doesn’t need to be money (in the transactional definition of the term), but it can be valuable. What these examples have in common is scarcity. Some individuals will own them to store value, to brag, to seduce a mating partner or to speculate on the future price appreciation. Generally speaking, individuals will self-custody them.

I do not have the pretension to define something as complex and broad as bitcoin nor to define its full potential, for one reason: it is the free market that dictates what Bitcoin is. I invite the curious reader to consider these selected texts to realize the depth and uniqueness of the topic. For the first time in the history of mankind, a scarce digital asset exists. Bitcoin is not debt or equity; Bitcoin’s infrastructure permits the first digitally native bearer instrument without a central authority. Bitcoin is its own.

The monetary policy of the Bitcoin protocol is crystal clear. Its predictability, its limited supply and its stability at the base layer are valuable attributes. Accordingly, bitcoin is often referred to as “digital gold” (1, 2, 3, 4, 5, 6, 7). Therefore, bitcoin can be viewed as a limited-supply consumer good.

It can be argued that bitcoin is;

The curious reader will probably enjoy _Shelling Out: The origins of Money _by Nick Szabo. A special consideration must be paid to the concept of unforgeable costliness in the context of the energy consumption as it anchors Bitcoin is the physical world. Proof-of-work (energy consumption), the difficulty adjustment and the monetary policy are important concepts to understand in order to draw parallels and grasp the comparison with digital gold and to unbundle bitcoin from other crypto-assets.

Some won’t see any value and won’t buy bitcoin. This is simply how a market operates (i.e. where conflicting views meet). It is by the same market mechanism that someone did not invest in Amazon +/- 20 years ago when it was trading in the low double digits. Some saw value beyond a simple online book store, some disagreed, some have been rewarded, some have not.

Bitcoin is neither a debt or an equity instrument and from the start never fit the definition of a security. It can rather be viewed as a consumer good or a commodity and its dealing, trading and marketplace activities sit outside IIROC and CSA’s legislative scope.

The U.S. Securities and Exchange Commission (SEC) has stated that Bitcoin is not a security. Here is a video interview dated June 6th 2018, where the Chairman of the SEC, Jay Clayton is crystal clear:

“…Cryptocurrencies, these are replacements for sovereign currency, replace the Dollar, the Yen, the Euro with Bitcoin. That type of currency is not a security. Let me turn to what is a security (…)”

“Yes, virtual currencies, such as Bitcoin, have been determined to be commodities under the Commodity Exchange Act (CEA)”

Why is it that a year later, Canadian securities regulators are still not clearly expressing themselves on the matter? Vague language such as “may represent’’ is used abundantly in their communications.

Just like a collection of rare butterflies, Bitcoin falls outside the scope of the security regulatory regime. This is valid for, but not limited to, the butterfly catcher, the distributor, the servicer, the collector, the curator and the gatekeeper. 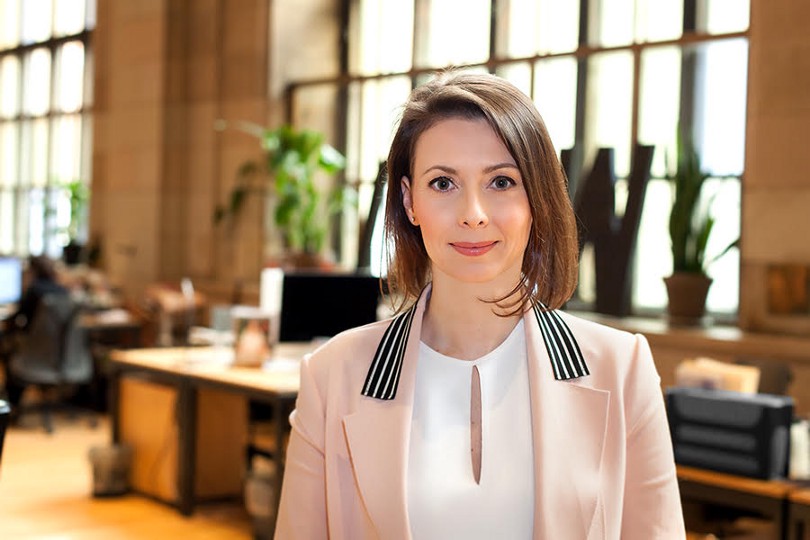 To support this work, you may donate BTC to : 15Zb5wRJ95i2o5Pw6xSpz2xrHt2oL9xLmj

Octonomics is an independent research and consulting firm dedicated to financial technologies. More specifically interested in the fast and evolving world of Bitcoin, its ecosystem and applications.

A weekly newsletter is available by registering here.