1/ Bitcoin has a decentralized marketing team, which is composed of all Bitcoiners. We are part of a grand A/B testing experiment where we iterate with messaging and propagate different ways to explain Bitcoin to the masses, to teach them how to use Bitcoin, buy Bitcoin. 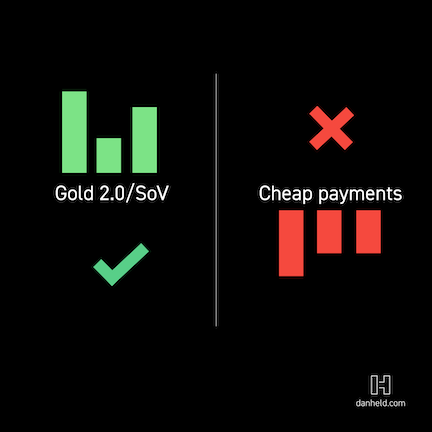 2/ My personal brand is my iteration on that experiment which I’ll cover tomorrow in another thread. Bitcoin comes across as goofy, technical, and boring

3/ I felt that it was important we show Bitcoin as a blend between sci-fi and revolution. A combination of Inception, Blade Runner, and Mr. Robot mixed with educational content. But before we get there tomorrow, a little more on marketing👇

4/ Why does marketing matter? Every product, service, protocol, government, religion, etc. requires its “solution” to be found by its target customer segments.

6/ Bitcoin needs all of us. If no one ever spoke or promoted it, then none of us would be here. And it’s critical that we tap into that mainstream sector through these channels that they frequent.

7/ “We hodler revolutionaries have to care about the direction we move the world; it is our job to trumpet the tool of freedom Bitcoin is to everyone, everywhere, everywhen” @Breedlove22

8/ Marketing is about conveying your solution to the target customer at the right time with the right messaging to convince them to become a customer.

9/ From a clinical perspective, humans take marketing inputs (text, image, video), parse, and then respond via outputs (buying/not buying, subscribing, sharing the content, etc). If you’re not marketing something well, then you’re simply not providing the right marketing string

10/ Ok now that we know some of the basics around how messaging changes behavior, let’s dive into the concept called “marketing funnel.”

11/ A funnel describes the customer journey, for Bitcoin that is: 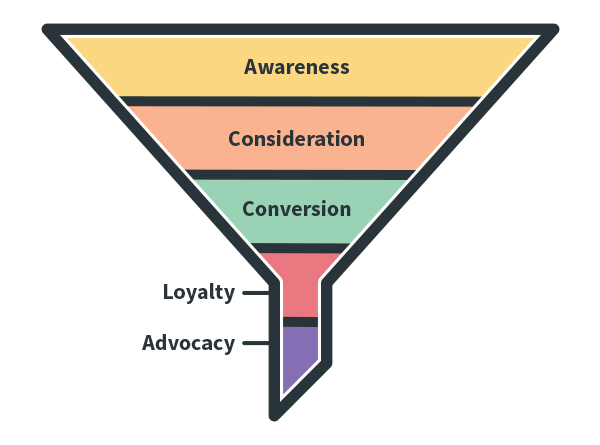 12/ Note there are many marketing funnel designs/definitions, but generally they all convey the same journey. And in tech it is popular to have a growth team which uses a “Growth funnel” to map out that journey, demonstrating a tighter fit between product and marketing. 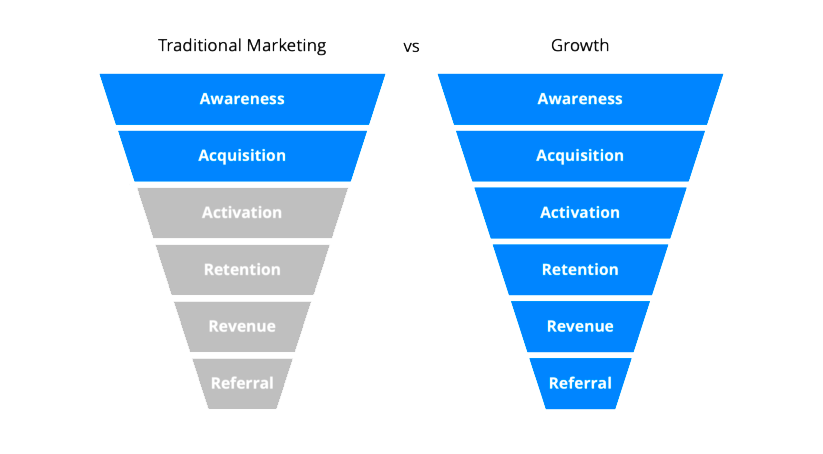 13/ Awareness and consideration: When people become aware of Bitcoin and start to consider it as a new money competitive with their local fiat, it requires a complete restructuring of their trust models.

15/ New user adoption in Bitcoin has been driven by speculation, which Satoshi hypothesized: “As the number of users grows, the value per coin increases. It has the potential for a positive feedback loop; as users increase, the value goes up, which could attract more users” 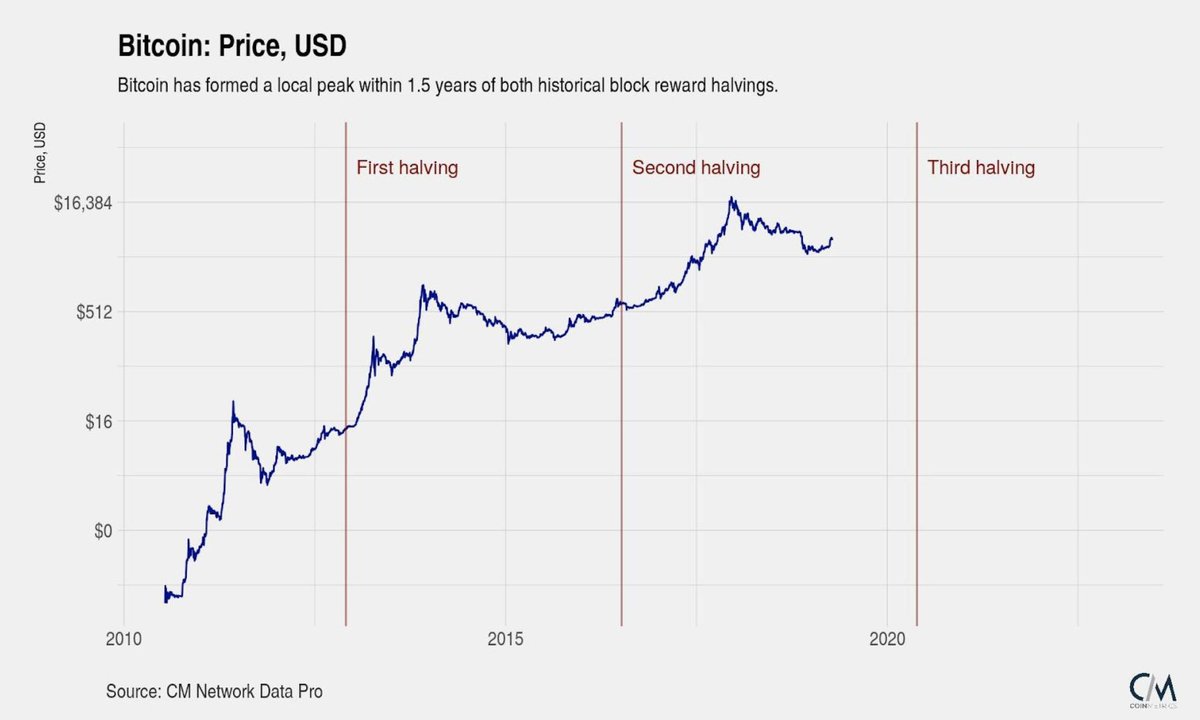 16/ Some Bitcoiners argue that “Bitcoin will dominate because it is the hardest money ever known. It forces people to understand it better and educate themselves.” Bullshit. Most came in for speculation, and the ones who stayed saw/hear CONTENT. You don’t automagically “get it”

17/ While we could say that Bitcoin will win solely based on its value props, but people naturally understand a new concept more easily when it’s explained simply.

19/ Price ceilings are set by speculators, and floors by HODLers. If none of the speculators became convicted in Bitcoin, then the price would go to $0. Our efforts then should be spent on converting a speculator into a believer/HODLer.

21/ Finally, we need to propagate the narrative where normies hang out: Instagram, FB, LinkedIn, YouTube, etc. Most people aren’t on Twitter We give ourselves a self congratulatory pat on the back for a good tweet. But dare we wade into the quagmire of other altcoin channels?

22/ What does good marketing look like? Many Bitcoiners feel that good marketers are sleazy salesmen types, especially when they do a “hack” to get engagement. However, they’re simply capturing attention, which is increasingly harder to get.

23/ If a certain type of marketing leads to new users (acquisition) that stick around (retention) then it’s *inherently* good quality.

24/ These influencers (usually) are trying their best to incept Bitcoin into the mainstream. They won’t be able to do that talking about obscure Bitcoin nuance like UTXOs. And the mainstream channels they go on (CNBC/Bloomberg) will only invite them back if engagement is high.

25/ Normies (typically) don’t start out on a technical article about Bitcoin’s security model.

26/ You can think of @APompliano/@PeterMcCormack as top of the funnel. Whereas @lopp, @bitmexresearch, @matt_odell are at the bottom. Prospective Bitcoiners will engage with lighter but easier to understand content at the top then eventually travel down the proverbial rabbit hole 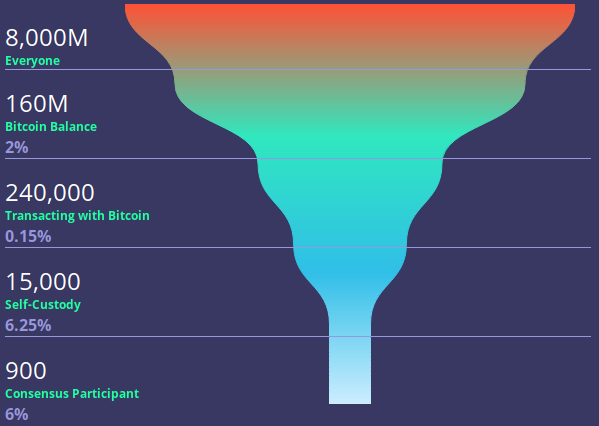 27/ Note: chart was not made by me - I’m not necessarily saying the funnel stages are what I would label Continuing on👇

28/ “To think one person or podcast/whatever needs to be called out for marketing themselves or an idea is silly at best.” - @RTHowell

29/ To create great content, @PeterMcCormack doesn’t have to agree 100% with every Bitcoiner: he doesn’t have to eat steak everyday, he doesn’t need to share the same perspective on intense science/medial conversations, etc. He making Bitcoin appeal to a larger audience.

30/ Peter has a podcast w/ great engagement, that’s why he’s compensated $66k/mo. Welcome to capitalism. You might think that he doesn’t provide “value” but the market has decided the value of his services. This is in the same vein as: “PoW is wasteful bc I don’t like BTC”