Well, firstly I want to say that as of right now the official BitMEX announcement is effectively “We disagree Mr. Government, and intend to fight your charges. For now we will continue normal operations.”

It’s going to be an epic showdown, and I don’t need to explain to anyone the hypocrisy behind this with the recent FinCEN Files dropping. This very well could wind up being a case of people avoiding US friendly jurisdictions, continuing to run a BTC (which can’t be shut down) only business, and going “What are you going to do about it?” Really the only points of attack for the US are 1) DNS, 2) the physical servers, 3) actual people who hold private keys. Honestly who knows how it plays out in the end, but it’s going to be an interesting test of how a lean BTC only business can really stand up to the government going “verboten.”

Let’s entertain for a minute though they lose. The domain is seized, the servers are reachable by US authorities, BitMEX throws in the towel. Then what?

Do we throw in the towel too?

BitMEX takes your BTC, it custodies it, it acts as a price oracle for the market, and resolves positions customers have entered into (as well as facilitates transferring them).

Bitcoin can be “custodied” in statechains. DLCs can be placed on top of Statechains. Price oracles can be agreed upon indexes that trusted parties sign off on computed from public auditable price data. The only real need for something conventionally centralized is an orderbook to aggregate outstanding offers and contracts in a place where order matching can occur efficiently.

The reality is that something like BitMEX could be effectively coordinated by a trust worthy message board operator with everything else coordinated by federated statechain operators and price oracle entities that wouldn’t even know who is using them. Ultimately if BitMEX goes down there are more streamlined alternatives for similar open access no KYC market places.

A lot of thought in this space is centered around decentralized exchanges in the spot market sense, such as Bisq and HodlHodl. But futures exchanges are important too. Not only are they used by so called degenerate traders to amplify positions on spot markets, they are also used by businesses with real operating or capital costs priced in fiat dollars. Degenerate 100x trading is not the only reason for censorship resistant and private futures markets, there are many legitimate reasons for needing such financial hedges. Also, it’s morally frankly no one else’s business if you do want to gamble like a degenerate on 100x leverage.

Custodying money and making payments are not the only thing that Bitcoin opens the to door to decentralizing to different degrees.

The Chad Battle Ahead

Worst case possibilities and counter moves aside, BitMEX seems to have every intent to continue operating normally and fight the indictments against them and specific members. Let’s just say this will be very interesting.

I’m not going to speculate on strategy here accept delineating the above dynamic of:

Really the only points of attack for the US are 1) DNS, 2) the physical servers, 3) actual people who hold private keys.

We’ll see how this works out in the long term, but how it happens blow by blow is going to be a very interesting test of how resilient a conventional company running on just BTC can be against government disapproval. 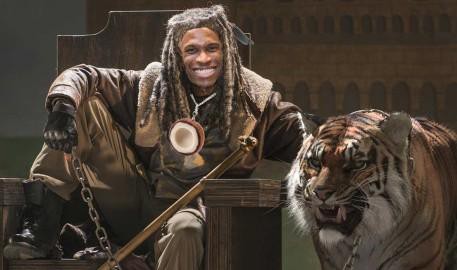