Bitcoin is love, bitcoin is life. Currently writing words, soon back at writing code. Creator of http://21lessons.com and http://bitcoin-resources.com.

The Rise of the Sovereign Individual

How power is re-aligning itself in an internet-native world 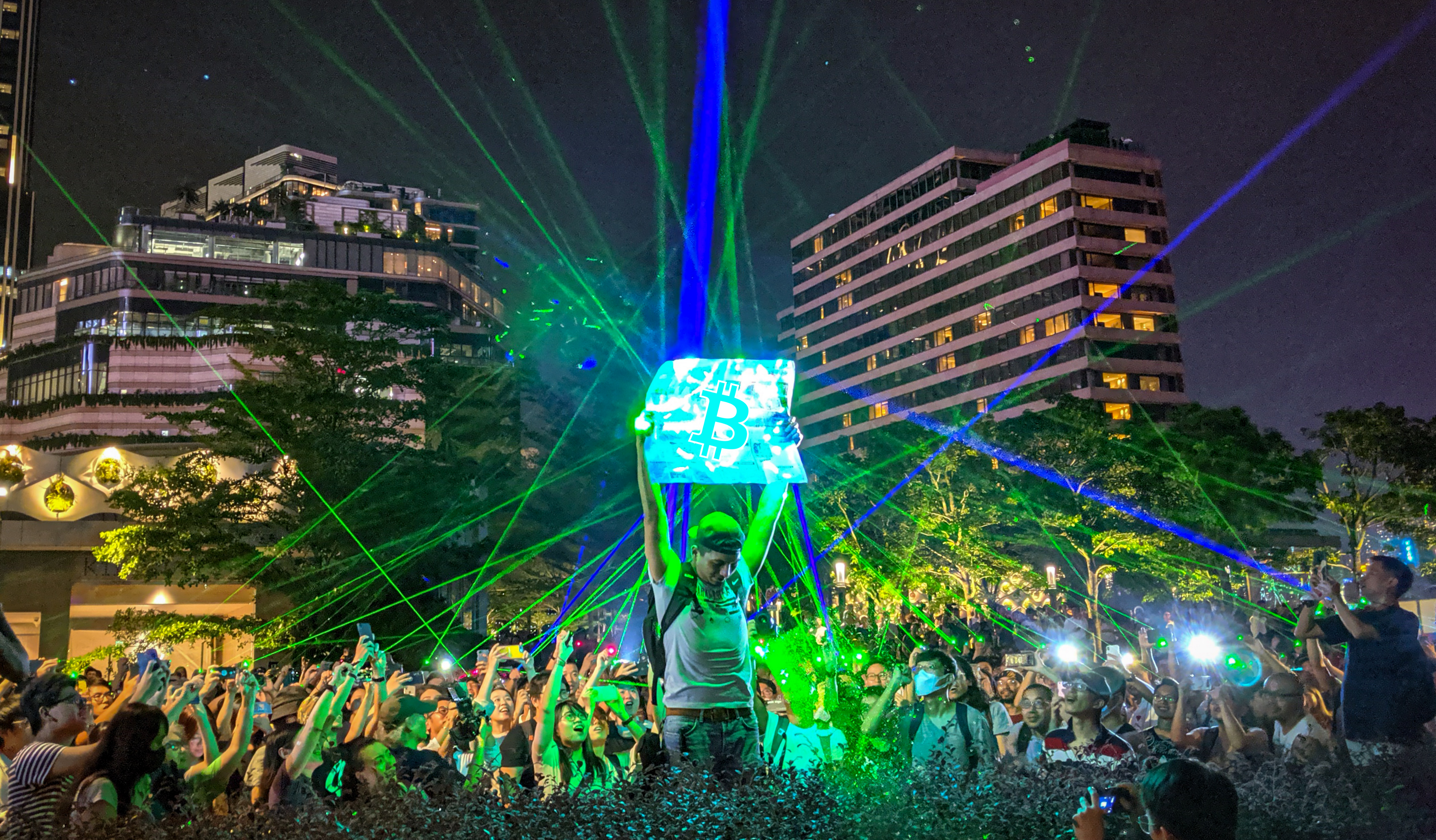 Not too long ago, the internet was a fringe phenomenon. Very few people saw the benefits of a global communications network. Even fewer people had the vision and the foresight to see what it might enable. Today, most people take the internet for granted. It is simply expected to be there, like running water in your home.

Even before the internet became ubiquitous, technologists and visionaries realized the potential of this transformative technology. They realized that an undiscriminating network combined with the magical power of public-key cryptography tips the power-balance in the individual’s favor.

Eavesdropping-resistant communication which can’t be stopped is poison to authoritarian regimes, which, after all, are in the business of suppressing and controlling the flow of information. If people are still able to communicate and assemble, they can rise up and speak truth to power. We saw the liberating potential of communications technology during the Arab Spring, and we continue to see individuals rise up and fight authoritarian rule today.

What the cypherpunks understood 30 years ago is starting to play out right before our eyes: the tools of our information age have the potential to empower individuals like never before.

The Freedom to Transact

As I am writing these lines, hundreds of thousands of people are marching in the streets of Hong Kong, protesting against an extradition bill proposed by the government. As always, protests like these shine a light on the current power balance between individuals and the powers that be.

Unfortunately, the current system of surveillance, automated facial recognition, and cashless transfers enables not only a single point of failure, but also a single point of control in times of unrest. If the government doesn’t like your opinion or the fact that you were part of a (peaceful) protest, a simple truth becomes apparent: your freedom of assembly was an illusion, as was your freedom to transact freely.

In a free society, these freedoms should be guaranteed. How? Well, as we have seen in the past, information technology and strong cryptography — if used carefully — guarantee the right to speak freely. After all, no amount of violence will ever solve a math problem. In the same vein, an information technology exists today which guarantees the right to transact freely: Bitcoin.

It is easy to forget that “permissionless” and “censorship-resistant” are more than mere buzzwords. Under difficult circumstances, these words become a matter of life and death. The Hong Kong protests make evident once again what privacy advocates have been preaching for years, even decades: if censorship and surveillance are built into the system, it will be used and abused by those who are in charge. And if you don’t have the option to detach from your identity, free speech, free thought, and free action are impossible.

What is true for WeChat, Facebook, and Google, is also true for our current payment rails and the financial institutions of this world. No matter how noble the motivation of building central controls into communication or financial systems — power corrupts, and absolute power corrupts absolutely, as the saying goes.

“Decentralized and private payments are a necessary innovation for a digital future where we retain our civil liberties and personal freedoms.” —Alex Gladstein

The Freedom to Remain Private

In today’s digital world — as Hong Kong protesters know — finding out who went to which protest is as easy as retrieving data from a database. Whether it is from people’s bank accounts, WeChat, Alipay, or other virtual profiles, the convenience of the status quo inevitably leads to a system of total surveillance, and thus total control.

The solution to this conundrum is enabling privacy by default, which has been the default setting for thousands of years. Neither the internet nor Bitcoin is perfect in this regards, which is why constant vigilance and the development of privacy-enhancing technology are a necessity.

In the last couple of years, efforts to encrypt all internet traffic by default have been made. In the next couple of years, we hope to see continued efforts being made to make every bitcoin transaction even more private than they are now (which is one of the reasons why Bull Bitcoin uses Wasabi’s CoinJoin by default).

As is evidenced by the long lines at Hong Kong’s train ticketing machines, surveillance renders all other freedoms useless. 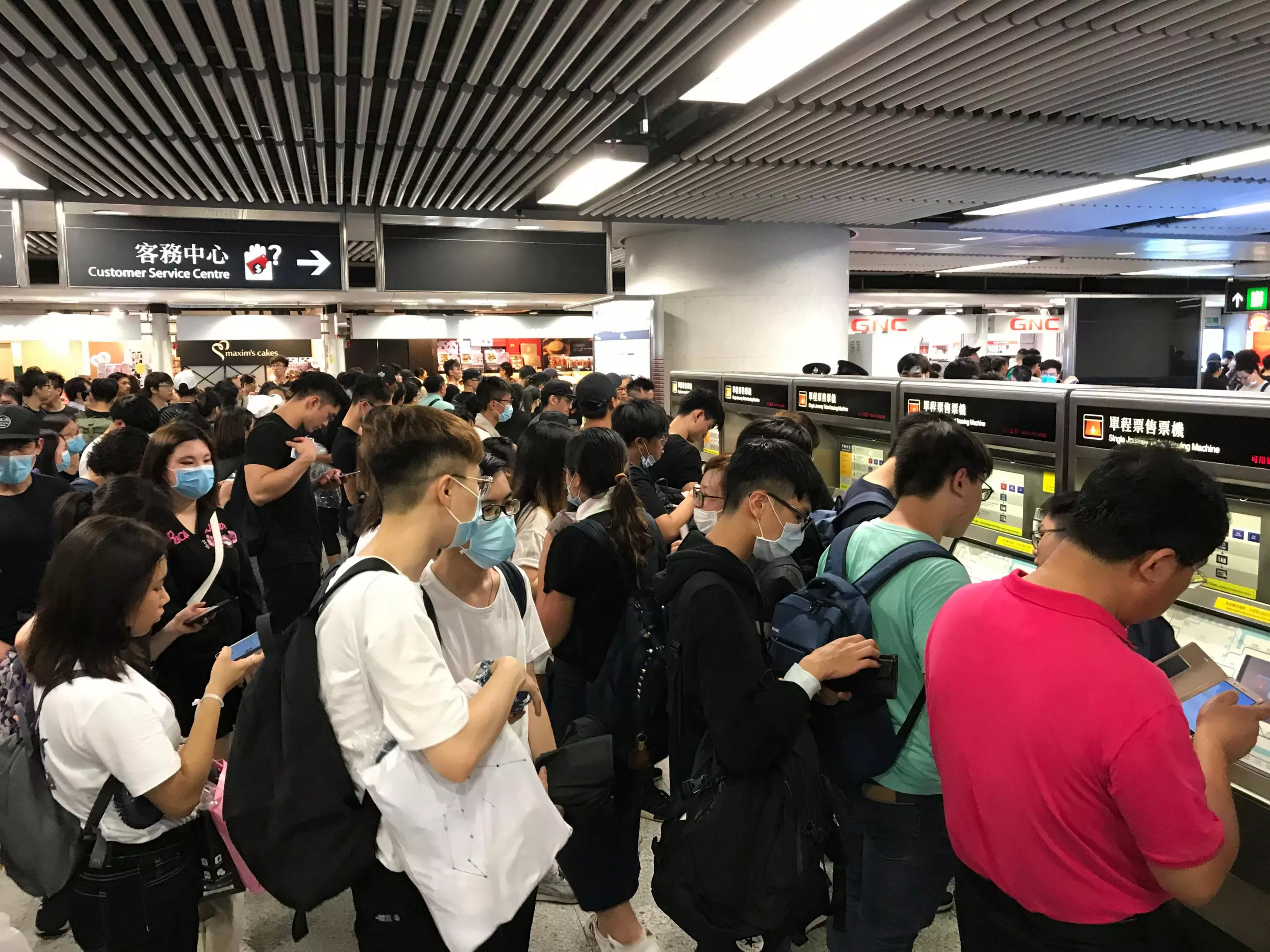 The current situation in Hong Kong paints a vivid picture of the disastrous side-effects of a cashless society. Without a way to transact privately and anonymously, people are enslaved to the masters of finance. And no amount of going digitally dark will allow you to avoid this slavery.

Arguably, things are bound to go from bad to worse. The financial elite which controls the most important good of our society — money itself — is playing god with our shared macroeconomic reality. In the last couple of decades, a concerted effort was made to attack another financial freedom: the freedom to save.

The Freedom to Save

Even without people marching in the streets, it is apparent to most that these are chaotic times. Currencies are not holding their value. A recession is looming. The most powerful men in the world are openly fighting currency wars and are bragging about it on twitter. All while the endless printing of money continues and politicians/bankers are spewing propaganda to normalize negative interest rates.

People talk about Quantitative Easing (QE) and Negative Interest Rate Policies (NIRPs) as if they were anything other than pure insanity. The first is simply printing massive amounts of money, the second is paying borrowers and stealing from savers.

Gone are the days where you would get interest from your money in the bank. In the world of NIRPs, you have to pay the bank to hold your money. In the same vein, gone are the days where you have to pay back your loan plus a little extra to reimburse your lender for taking on the risk. In the world of NIRPs, you are getting paid to take out a loan. Need some money? No worries! We are giving you the money and are paying you a little extra, for enjoying the privilege of giving you a loan!

As should be apparent for every child which is offered the choice between two marshmallows today, or one marshmallow tomorrow: the current financial world is defying common sense. I repeat: pure insanity.

More and more people realize that this insanity has to stop and decide to exit a system in which a global negative-yielding debt of $15 trillion is the new normal. The broken financial system, with its negative interest rates and “modern” monetary policies, are, in part, responsible for the rise of sovereign individuals all over the world. 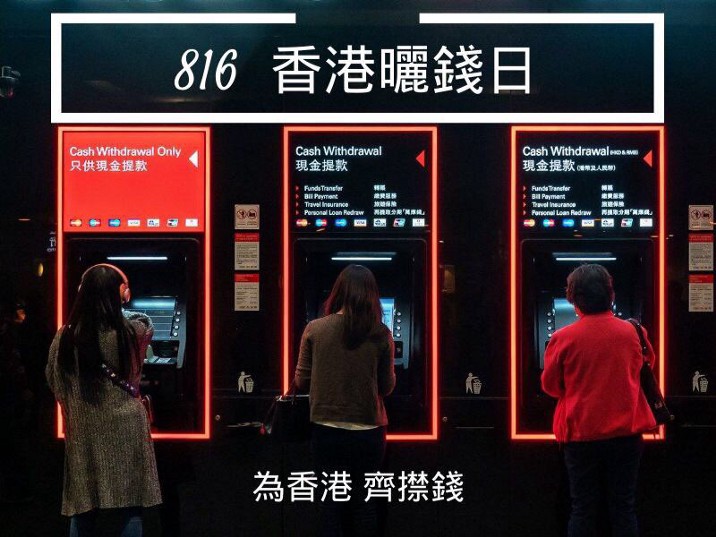 People begin to realize the stupidity of this game. Putting pressure on this broken system by making a run on banks is one form of peaceful protest. Storing your value in an asset which can not be inflated, can not be confiscated, and can not be subject to the whim of politicians and bankers is another one.

Bitcoin is quickly becoming a safe haven asset, especially for people who don’t have easy access to more “stable” currencies than their own. On a long enough time scale, bitcoin offers stability in a world of global instability. It _guarantees_the right to save: nobody will be able to take away your sats — you must give them away willingly.

Building towards a Sovereign Future

It is our collective responsibility to build a better future. A future where the freedom to transact, the freedom to remain private, and the freedom to save your wealth over time are guaranteed. In the words of the United Nations: the same rights and freedoms people have offline must also be protected online.

We want to help build a world which enables sovereign individuals to strive. A world where every individual — and every company, for that matter — can use freedom-enabling technologies, as they see fit, without asking anyone for permission. This is one of the reasons why we have released cyphernode, a suite of software and utilities to operate enterprise-grade Bitcoin services, as free software. 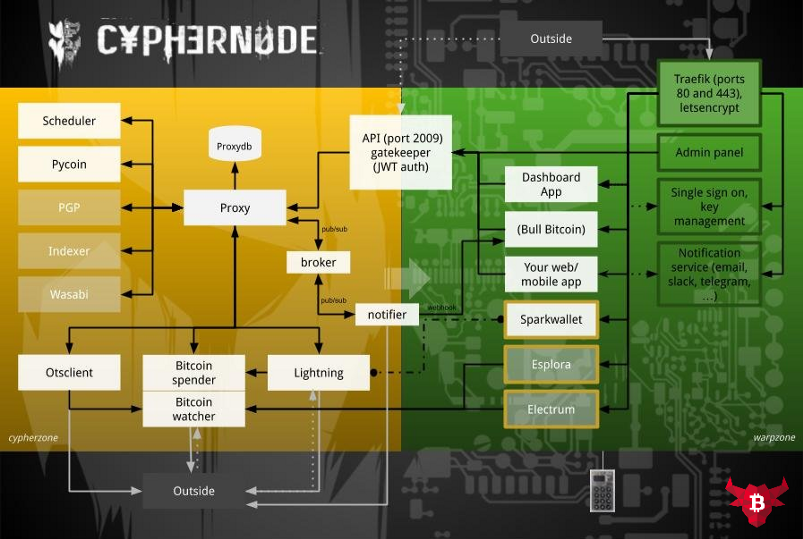 Cyphernode— free as in freedom.

While it is debatable whether Bitcoin can literally solve every problem of the world, it is undoubtedly a big piece of the puzzle. Technologies which empower the individual are more important than ever before. Technologies which enable you to remain private, speak and transact freely, or tip the balance of power towards the individual in another way will be invaluable for the world we are heading towards.

China is giving us a taste of what living in a dystopian surveillance state is like: you cross the street at the wrong place or the wrong time, and thanks to facial recognition, a fine is automatically deducted from your bank account while an algorithm adjusts your social credit score downwards. You pay for a bus ticket to take part in a peaceful protest, and you are at risk of being erased from the central registry, effectively erasing your ability to live a normal life as a citizen. It might happen today, it might happen tomorrow, or at any point in the future. The surveillance state does not forget.

The tools to guarantee freedom for all exist today, they are just not evenly distributed, not well understood, and not widely deployed. However, with every passing day, more and more people are realizing what kind of power is in their hands. 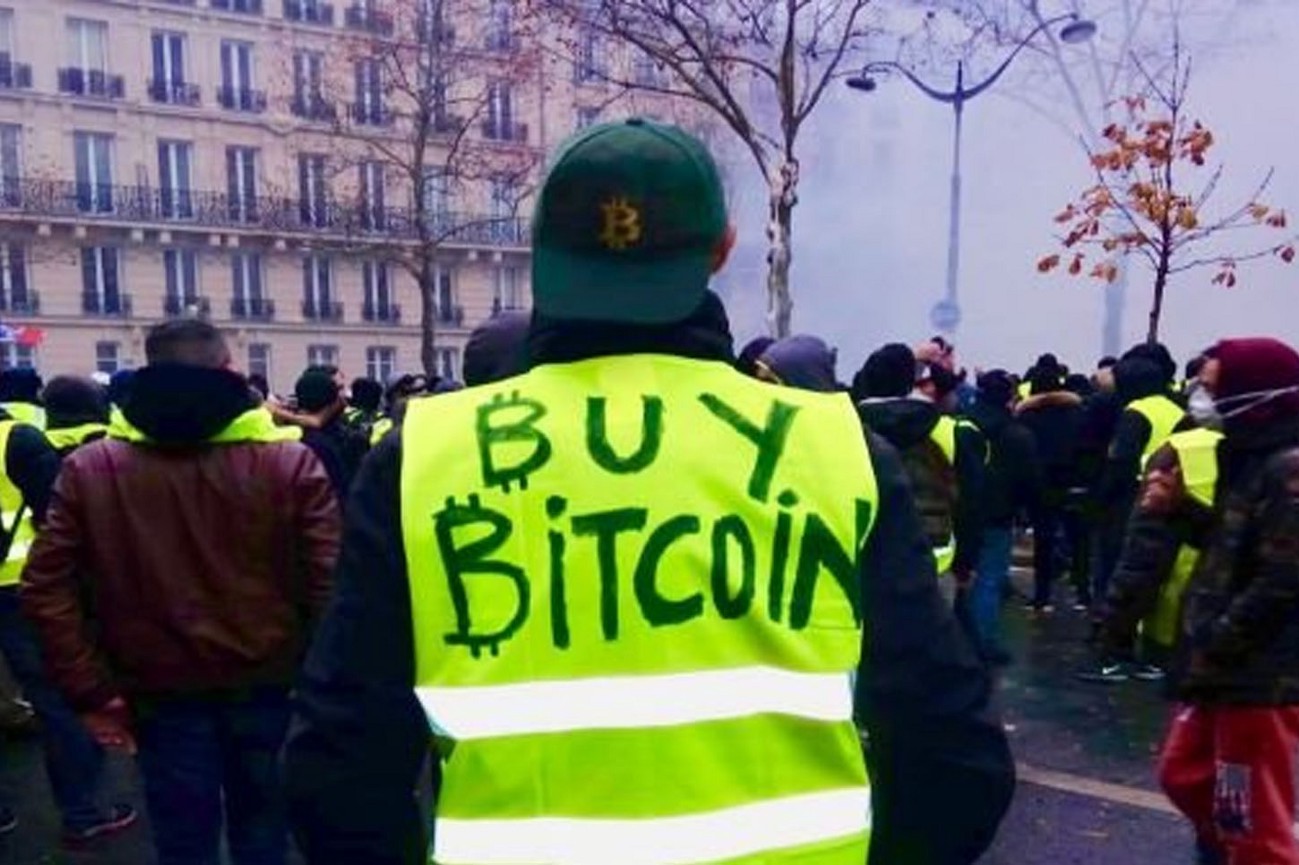