Post-Bitcoin-Maximalism: A call for embracing the currency competition 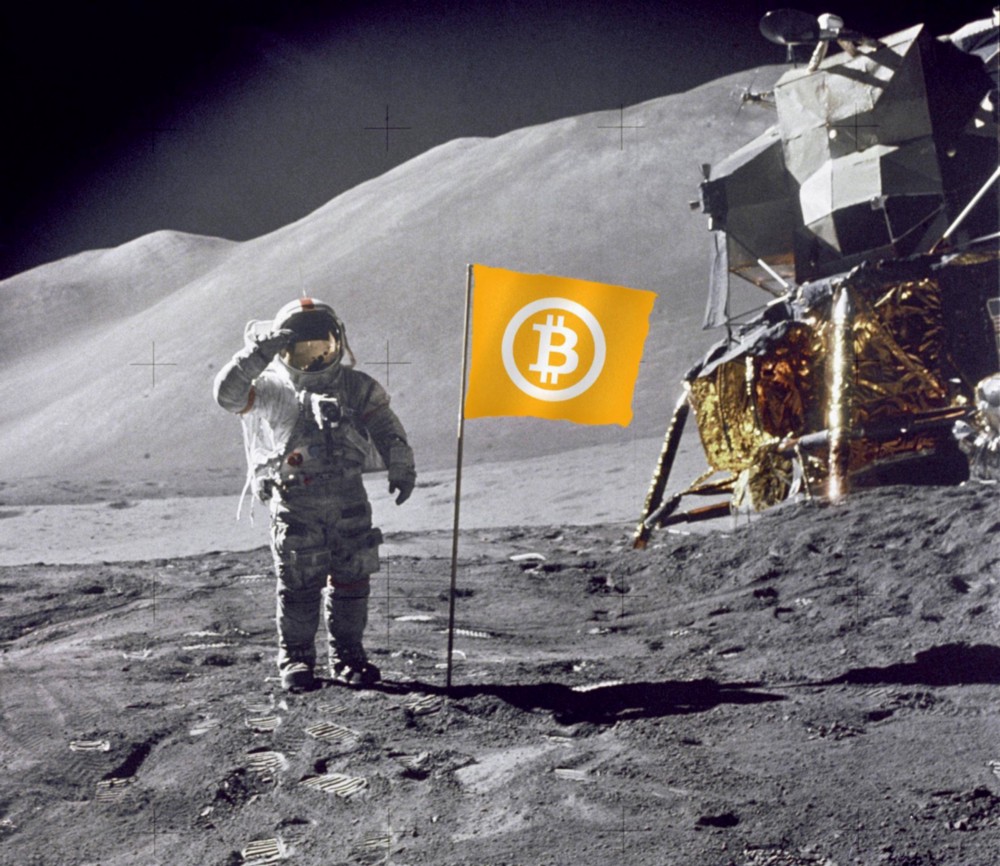 In early-2013, when I learned about Bitcoin, I dropped everything else I was doing and focused on building on, advocating for, and acquiring Bitcoin. This still continues to be the case today, but my stance on “Bitcoin maximalism” has changed in light of lessons I’ve learned along the way.

The case for Bitcoin Maximalism

Here’s a possible version of a future that Bitcoin speculators prophesize:

As the governments around the world continue to steal wealth from citizens in the form of taxes, bailouts, and inflation and enforce more control, surveillance and rent-seeking on financial transactions, the citizens will seek a better alternative: a superior form of money free from government control. Bitcoin, with more sound Austrian monetary policy compared to Keynesian fiat currencies, enforced by code, governed by consensus among a decentralized network of peer-to-peer nodes, secured by miners distributed across the globe, is the superior alternative.

We, the early Bitcoin investors, get rich off this pyramid-like scheme. The new entrants enjoy a superior form of money. Everybody wins. 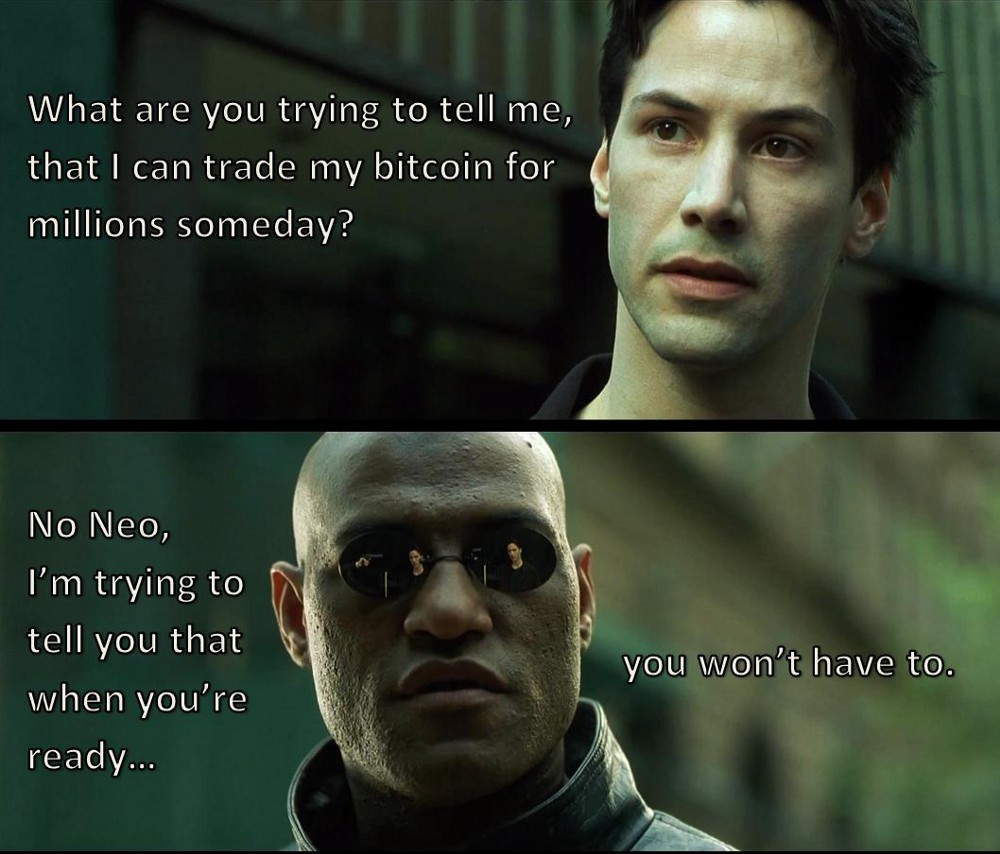 It’s a great story, with a happy ending. But the story has a few plotholes:

The maximalist worldview fails to appreciate how things scale in real life.

A grown-up person is not an overgrown child.

Marriage is not the sum of two persons committed to the marriage.

A family is not the sum total of individual family members.

A tribe is not the sum of families that make up the tribe.

A city is not the sum of tribes that make up the city.

As a unit grows, it undergoes a transformation. With growth, eventually comes a point when it’s no longer the same thing it used to be. Bitcoin was founded on certain core values, but as the user base continues to grow, Bitcoin is going to continue the transformation into something else. This is neither good nor bad, it just simply is.

2) How complex systems adapt to change

Nothing in a complex system happens in a vacuum. With the rise of Bitcoin, much of the world as we know today will change, for the better or worse.

Bitcoin brings back a sound monetary policy. The central bankers who have abused their power until now have to act carefully. With no way to shut down completely, Bitcoin is a proverbial gun to their head: Act more responsibly or die. What can the bankers do in response?

Aside from the bankers, with the precedence established by Bitcoin, it is possible that people’s attitude towards money will change. Competing money-projects will be launched by established and respected enterprises with large followings, and governments will eventually stop the futile pursuit of attacking these projects. “Money” will be denationalized and the competition for the strongest money will lead to a never-ending battle for the best money in ways we have not seen before in human history. Technological innovation will make moving from one form of money to another frictionless and easier than moving from one social media platform to the next.

Does this seem like fiction to you? It shouldn’t; in 2018, we are much closer to this reality than the alternatives. If you value libertarianism, meritocracy, and free market competition, then rejoice; this may be bad news for Bitcoin maximalists, but this is good news for you as the end user.

3) The new entrants don’t owe us anything

The maximalists assume that new adopters of Bitcoin are perfectly content with buying into Bitcoin at higher and higher valuation with the full knowledge of how much cheaper the early adopters had bought in. Much like everything else with maximalism, this is a simplistic view of the world. 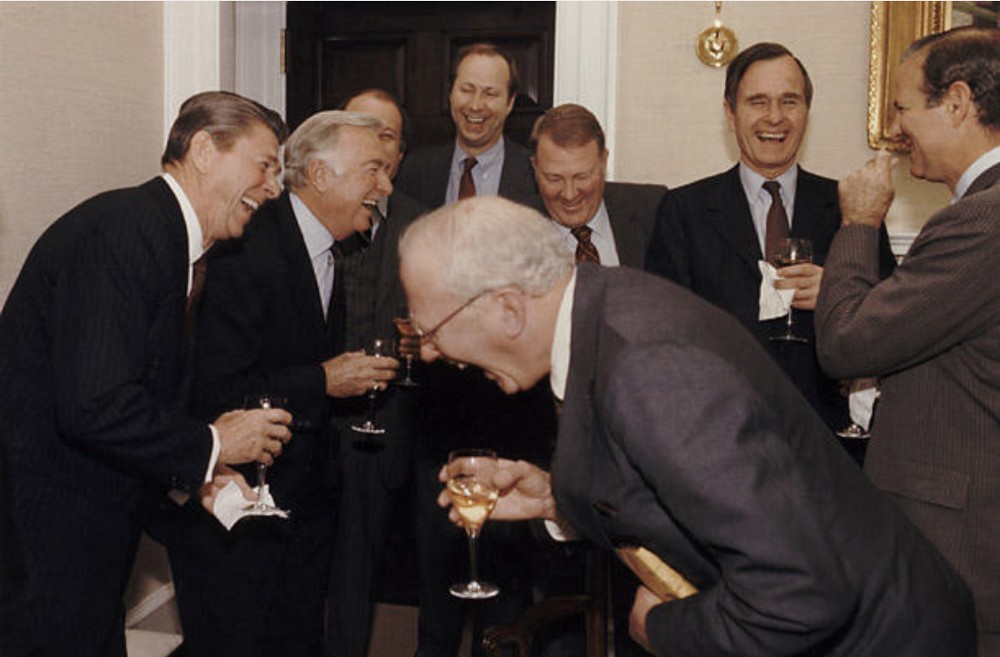 “They thought we were going to buy their gold!”

As we saw with the Ethereum project, launched by Vitalik Buterin, or the EOS project, launched by Dan Larimer, the new entrants to cryptocurrency world prefer to take their chance with the issuance of a fresh new currency than enrich the Bitcoin holders. Like it or not, from a game theory perspective, the incentives exist, and so this is a trend that’s unlikely to change anytime soon. After all, from the perspective of an outsider, Bitcoin looks much like a scheme to redistribute real income from new to earlier owners of Bitcoin.

Bitcoin nodes are run by software. Just like any software, critical bugs do get introduced over time despite intensive QA and code review. This is, unfortunately, the very nature of software development, and not a criticism of Bitcoin Core contributors. Bitcoin Core continues to attract brilliant developers, but no matter how smart they are, in a long enough timeline, there is bound to be critical errors in Bitcoin Core.

More serious threats are possible attack-vectors that are expensive and time-consuming, but nonetheless worth it for the states if Bitcoin were to become the only serious threat to the government money. 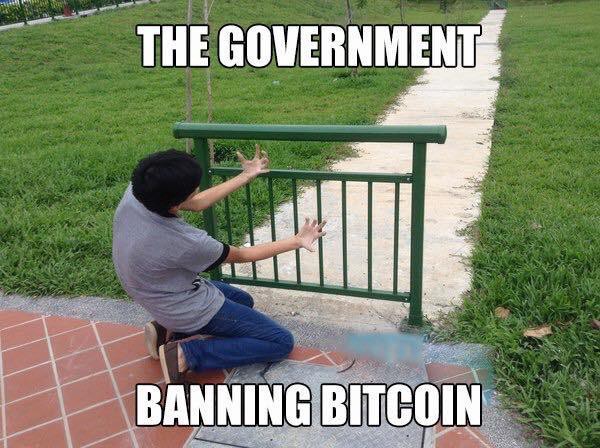 We are yet to see any serious attempt by the governments to attack Bitcoin.

One of the major reasons I believe we haven’t seen a war on Bitcoin is the existence of altcoins. Altcoins are insurance against state-level attacks on Bitcoin.

The thousands of altcoins that have come out following Bitcoin’s footsteps ensure that any serious and expensive attack on Bitcoin is futile and therefore unlikely. After all, what is the point in spending resources to attack Bitcoin, which, if successful, will be guaranteed to be replaced by an alternative that is even more censorship resistant, more decentralized and more private? From a game theory perspective, state-wide attacks on Bitcoin is a dumb idea, as long as the threat of one or more altcoins to replace Bitcoin’s role exists.

5) The trade-offs of Bitcoin

Bitcoin was born in an environment where governments around the world had a hostile attitude towards private money projects. Only the nation states were allowed to create money. Out of this necessity, Bitcoin had to settle for significant trade-offs in a quest for resistance. Many of the core Bitcoin tech stack, such as proof-of-work, blockchains, P2P networks etc are highly inefficient and present major scaling and environmental problems. But the trade-offs were well worth it to guarantee the core value propositions Bitcoin had to offer: censorship-resistance, permissionless, and decentralization to remove the central points of failure.

It’s only been 10 years since Bitcoin came out, and already there are alternatives to Bitcoin that are offering the same value proposition as Bitcoin but are more private, more decentralized, more scalable, more sustainable. Our imagination and pursuit for innovation have no bounds, and therefore it’s unlikely that we will never be able to come up with technology that is fundamentally much better and incompatible with Bitcoin. The maximalists would naturally dismiss the tech as an altcoin and so inherently a “scam”, and ignore it until it’s too late. This has happened over and over in the history of money, and there is no reason to think that it won’t happen again.

Why Maximalism is dangerous for Bitcoin

Maximalism started as a harmless meme but has gradually turned into an actual cult. The cult members have a few books they swear by, a short list of influencers they follow, regular conferences they attend, and recently, even a diet plan they adhere to. All this was fun at first, but now the comedy elements have gone stale and the cult members have become the dominant voice representing Bitcoin. Bitcoin has become a fetish. All alternative forms of monetary experiments are labeled as “scams”. This general direction is dangerous because not only does it alienate new-comers, make Bitcoin users look like a bunch of lunatics you want nothing to do with, but also this is completely in contradiction to the cypherpunk ethos that Bitcoin was born out of. 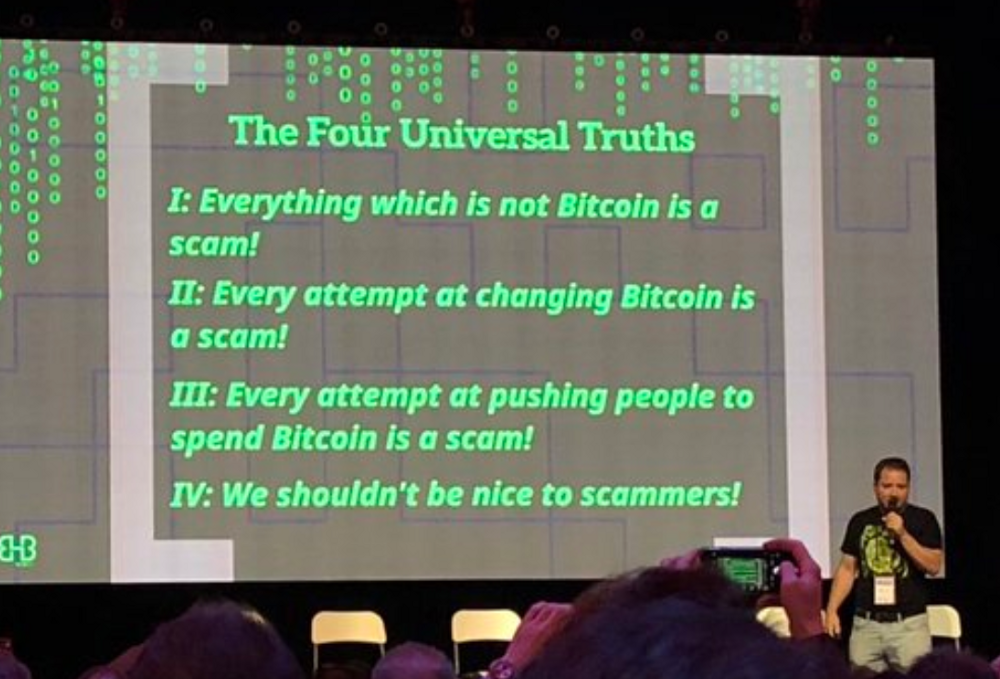 Bitcoin, like all money, is ultimately a shared delusion; it’s not real. Money only exists because we agree as a society that they have value and so we can exchange them for goods and services. This allows everyone in society to cooperate with one another. Today, everyone believes that Dollar has value; our hope is that tomorrow everyone would agree that Bitcoin has value, and is even a superior alternative to Dollar. But if we keep alienating the users by taking extreme and nonsensical positions, then the network effect of Bitcoin will stop growing, and other alternative currencies with a healthier ecosystem will eventually win.

This is already happening. The market share of Bitcoin is continuing to plummet and new cryptocurrencies are continuing to step up their game.

Frustrated by fellow Bitcoin activists, I recently took on Twitter to criticize the maximalism movement. 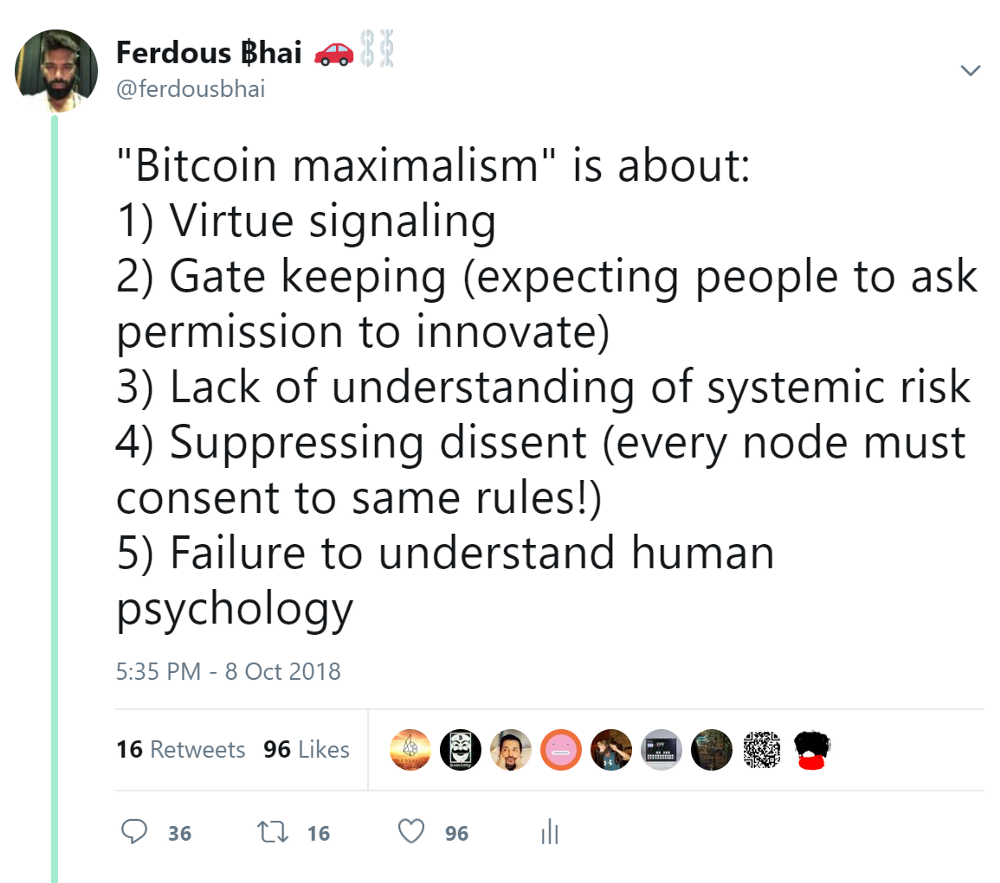 What followed is a massive outcry of Bitcoin maximalist cult members hurling insults, blocking/muting me and overall being outraged. Not a single Tweet actually addressed the content of my tweet with integrity. The behavior of prominent Bitcoin maximalists in response to this tweet is a signal that we are witnessing the birth of a cult that may be the largest threat we Bitcoin proponents have endured so far. 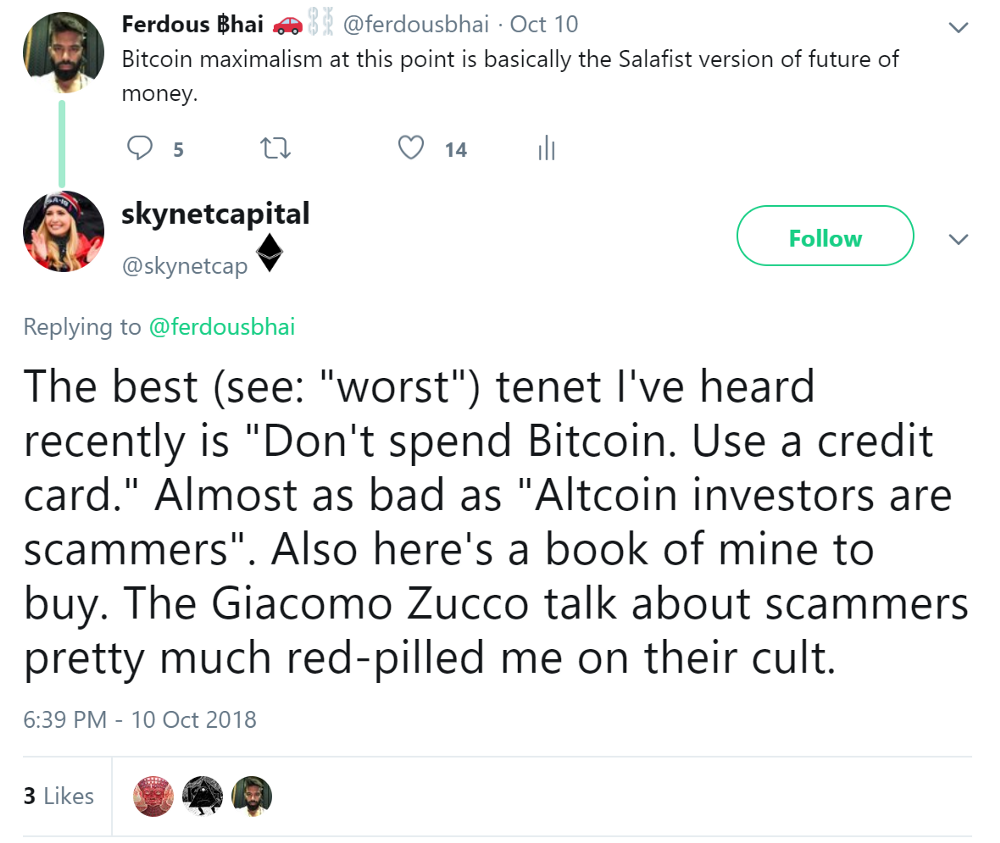 Bitcoin doesn’t scale socially if we don’t learn how to be more civil.

The opposite of Bitcoin maximalism is currency competition. It’s not a utopian future. Scams and abuse of power will always be possible and will leave many victims in despair. Despite that, a free-market that encourages experiments and innovations is the best tool we have found historically for societal progress. The upside of free-market competition is that it leaves it to the users of cryptocurrencies to self-govern, not to gatekeepers.

Bitcoin is still the best candidate we have today as an alternative to government-issued money in terms of liquidity and adoption. I think of existing alternatives to Bitcoin as necessary test cases for permissionless innovation, as well as insurance against a state-wide attack on Bitcoin or Bitcoin users. The market and the passage of time will naturally punish currencies with poor fundamentals and reward those with strong fundamentals.

I want to see Bitcoin win, and I will continue to build and support businesses that make Bitcoin better, stronger and more accessible. In this process, we must never lose sight of the goal. Bitcoin is not the en-dgoal; it’s a means to our goal of censorship-resistant, permissionless, denationalized money that we can opt in and out voluntarily, not by coercion, social engineering or threats of violence.

True decentralization is when there are many competing money projects, not just one.

May the meritocracy win.