My Plan for Hyperbitcoinization

If familial history is any indication, I’ve got about thirty years left on this planet. Forty if I play my cards right. That’s not a lot of time, and I’m worried that I’ll miss out on the era of hyperbitcoinization.

See, as Bitcoin establishes itself as a supreme store of value, people will continually abandon their local currencies until central banks capitulate. In time, fiat money will die, all the worlds’ wealth will be denominated in bitcoin, and anyone who had the foresight to accumulate even a few satoshis will find themselves tremendously rich.

I’ve decided that the most extropian thing I can do is have myself cryogenically frozen with my private keys. In a few thousand years, when hyperbitcoinization puts me squarely in the 1%, they’ll thaw me out and I’ll live like a king. Yessssssss. 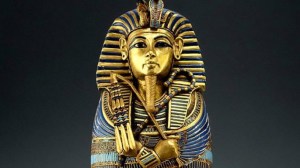 For inspiration, I look to King Tutankhamun, Egyptian pharaoh of the 18th dynasty. King Tut was entombed at Luxor in 1323 BC with all manner of gold jewelry and artifacts. With sufficiently advanced medical technology, we could, in theory, rehydrate his mummified body and bring him back to life. Presumably he would demand the return of his buried wealth, which insurers have appraised at $680 million.

$680 million is a lot of money! Still, King Tut might be disappointed. The last president of Egypt had a net worth of $70 billion. The reanimated corpse of Tutankhamun is unlikely to restore his pharaonic privilege with such a relatively meager hoard. Turns out military contracts and foreign property would have made for a better investment. 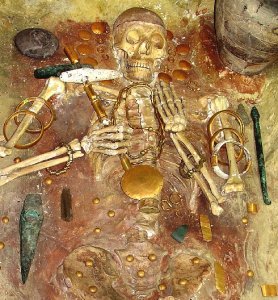 This high-status dude was buried at the Varna Necropolis. After HODLing for 6600 years, today his gold is worth about $181,000 by weight.

Perhaps Tutankhamun’s mistake was choosing gold to escort his wealth into the afterlife. The purchasing power of gold is mean-reverting over the long run, because mining operations can scale according to the price level. In other words, gold doesn’t meet the criteria for a securely constrained supply.

This guy in Sungir, Russia – now he had the right idea. In 32,000 BC, this Paleolithic man was buried with 13,000 mammoth ivory beads. Mammoths have been extinct for four thousand years, so the supply doesn’t get any scarcer than this! It might take some time for doctors to figure out how to revive Sungir Man from his temporarily dead condition, but once they do, boy will he be excited about hypermammothization.

Bad news. Despite embodying all the attributes of trust-minimized money, mammoth ivory has not been embraced as a global store of value. A few weeks ago, an entire mammoth skeleton was auctioned off for just $645k. The CEO of a roofing company bought it to display at his office. 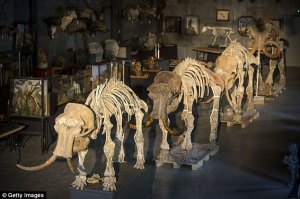 This family of four sold for $550k last year.

Things don’t look so promising here. It seems that no matter how reliable my store of value, the world will keep producing more wealth. As we all know, you’re not truly wealthy unless you have something that no one else can afford.

Let’s do one more. 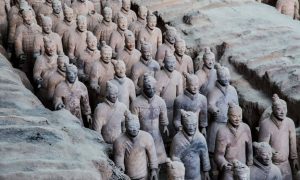 Qin Shi Huang, the first emperor of China, is resting in the largest underground mausoleum in the world. According to historical records, 48 concubines were buried alive to service the emperor in the afterlife. We’re really pushing the bounds of medical imagination here, but suppose we brought the harem back to life. The four-dozen ladies would be just as valuable today as they were in 208 BC!

What is the purpose of money if not to increase reproductive success? The Qin emperor cuts right to the chase by stockpiling concubines in his tomb. There is one catch: Modern-day China does not abide women as chattel the way they did during the Qin dynasty. Wouldn’t it suck if the emperor HODLed for 2200 years only to have his wealth emancipated?

Circumstances change. Bitcoin can’t be seized or censored, but what if we enter some post-scarcity future with replicators and transporters, where money itself is irrelevant? You know, like Star Trek. 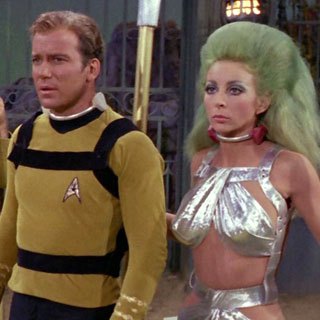 Star Trek’s communist utopia transcends money because energy is free and objects can be replicated in abundance. Even then, the Federation recognizes the need for a pecking order. Captain Kirk gets all the ladies while the Redshirts get vaporized. In a world without wealth, social status is denominated by shirt color. Attain it by ingratiating yourself with Hollywood scriptwriters.

So if we’re trying to preserve status rather than wealth, that leaves a limited window for hyperbitcoinization. It has to be far enough in the future that society recognizes Bitcoin as a status symbol, but not so distant that it becomes completely irrelevant. I think we’re almost there. Live long and HODL. 🖖