Ladies, Gentlemen, Welcome to Bitcoin Club — Here Are the Rules

Bitcoin from the Fight Club perspective. 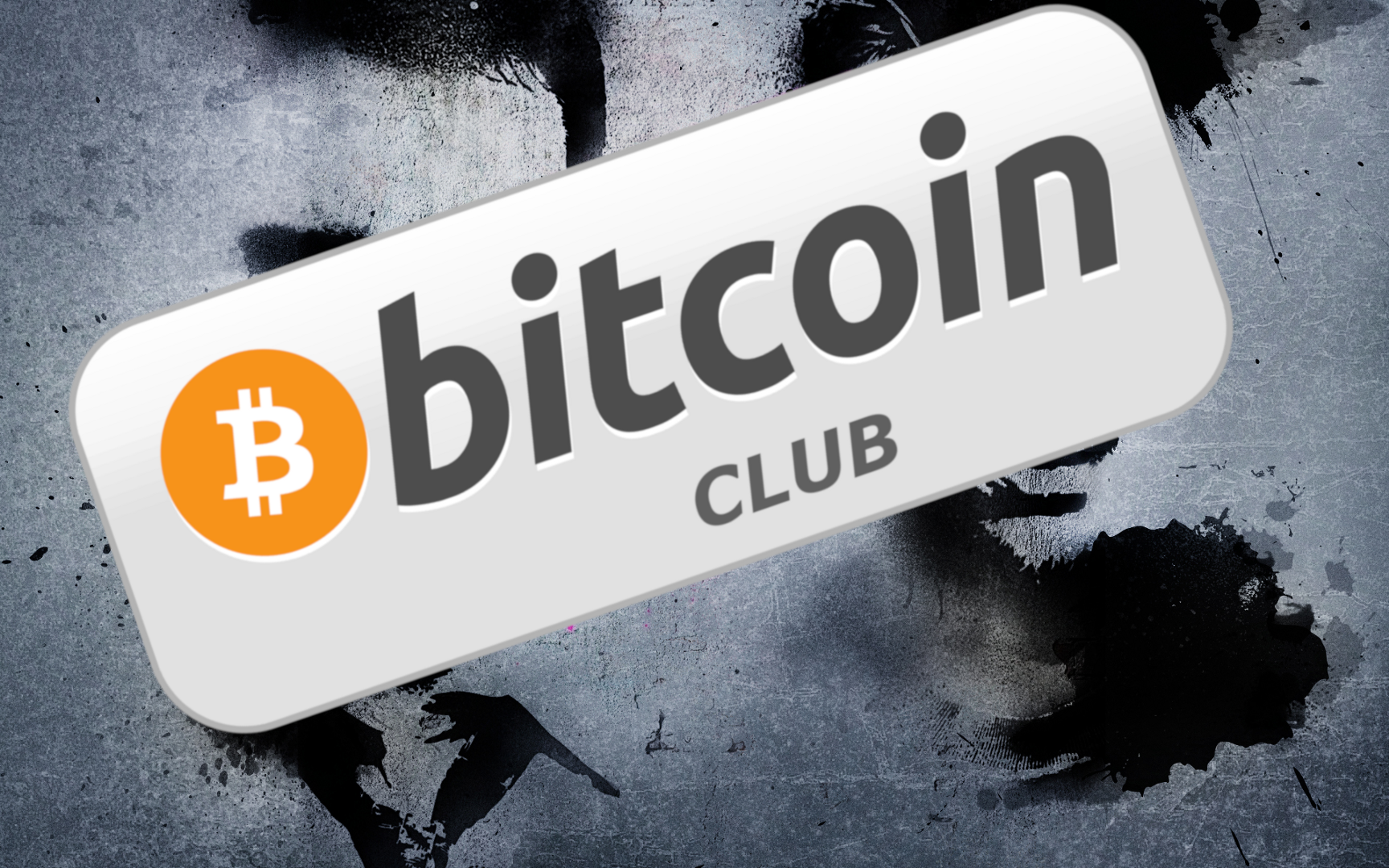 Released in 1999 in cinemas, the film Fight Club marked a whole generation. During the course of the film, the two main characters played by Edward Norton and Brad Pitt create a Fight Club that should allow men to regain their true place in society by allowing them to express their virility which has been scorned for years.

At the launch of the club, Tyler Durden, played by Brad Pitt, reveals to the other participants the 8 rules of the Fight Club.

Being a big fan of this film, I had fun drawing a parallel between it and Bitcoin by defining the essential rules of what constitutes the Bitcoin Club.

Less macho than Fight Club, Bitcoin Club is as open to women as it is to men since the real opponent is the current monetary and financial system we all live under. That is why the first sentence to the newcomers will be :

Ladies, Gentlemen, Welcome to Bitcoin Club. Here are the rules.

Rule #1: You Do Not Reveal What You Own in Bitcoin

Some people love to tell everyone how much money they make. They even go so far as to reveal all the details of what they have in their bank account.

People who flaunt their wealth in front of everyone justify themselves by saying that they have nothing to hide because they earn that money by working hard.

There is nothing wrong with being proud of what one earns. However, this is clearly not the mentality you need to have if you want to be a member of the Bitcoin Club.

To be a member of the Bitcoin Club, you need to embrace its first essential rule, and apply it no matter what:

You must never reveal what you own in Bitcoin to anyone.

Being a true Bitcoiner requires humility in order to be willing to learn more and more about Bitcoin, and money in general.

The humility you develop will cause you to be discreet about what you own in Bitcoin.

Rule #2: You Do Not Reveal What You Own in Bitcoin

By joining the Bitcoin Club, some take the first rule lightly. They get tricked into answering questions about how many Bitcoins they own. This is an unforgivable mistake for any Bitcoin Club member.

Never revealing to anyone what you own in Bitcoin is also a matter of security.

From the moment you reveal what you own in Bitcoin, you can jeopardize your own security.

Bitcoin price is set to rise sharply in the years to come. So it will be tempting for ill-intentioned people trying to steal your Bitcoins.

It would be a shame if you were to miss out on the Bitcoin revolution in the future for breaking these first two Bitcoin Club rules.

In the future, if someone asks you what you own in Bitcoin, you will only have to answer that you are forbidden to say. This is part of the Bitcoin Club rules.

In fact, that is my answer to those who frequently ask me this question when I publish stories online. They take it as a joke and ask me again, but my answer is always the same: I never break these two golden rules of the Bitcoin Club.

I would advise you to do the same.

Bitcoin is relatively young, with only eleven years of existence behind it. Its price is therefore naturally very volatile. It is very common for Bitcoin price to rise or fall by almost 10% in the space of 24 hours.

So you should never panic then letting your emotions take precedence over your behavior with Bitcoin.

When Bitcoin price drops, everyone will start screaming “Dump” on social networks. A FOMO (Fear of Missing Out) feeling can quickly develop. It will push some people to sell their Bitcoin without even realizing that there is nothing rational about this decision.

You should be aware that Bitcoin price varies greatly over short periods of time. In order to avoid these variations, you need to think long term with Bitcoin.

Bitcoin is here to stay. Its revolution will take time, and it is more interesting to rely on its fundamentals which are excellent rather than frantically looking at its price every 5 minutes.

Whenever the market gets excited and Bitcoin price drops sharply, the best thing to do is to keep a cool head.

Then, all you have to do is say to people who are panicking: “I HODL Bitcoin”.

You should even see these drops in Bitcoin price as an opportunity to buy new Bitcoins that you will HODL for the long run.

Rule #4: Just Bitcoin in Your Portfolio

Joining the Bitcoin Club requires sacrifice. In order to be admitted to this demanding club that wants to accompany the Bitcoin revolution in the best possible way, you will need to have only Bitcoin in your cryptocurrencies portfolio

99 percent of all cryptocurrencies will tend towards zero in the future.

Bitcoin is clearly a hegemonic king, and the cryptocurrency that has the most potential for the future. By focusing on Bitcoin alone, you will take fewer risks.

Many Bitcoin Club members even go so far as to say that other cryptocurrencies are just Sh*t coins. These members are the Bitcoin Maximalists.

I confess that I have already broken this rule by owning other cryptocurrencies, especially Ethereum.

BAT tokens are also often paid to me by people thanking me for the content I publish online. I believe in the Basic Attention Token innovative model, and especially in its Brave Browser which is an excellent alternative to Chrome.

The goal here is always to preserve my online privacy as much as possible by reducing my digital footprint.

Nevertheless, being a member of the Bitcoin Club requires sacrifices as I said before. To remain a full member, you have to make choices.

I’m willing to do these sacrifices because I strongly believe in the Bitcoin revolution.

Rule #5: One Buy After Another

I meet with some people who tell me they are interested in buying Bitcoin but find that buying a whole Bitcoin is too high for their investment budget. My answer is simple:

Bitcoin is divisible up to 8 decimal places. You must take advantage of this.

The current goal is to get 1 BTC in full.

However, if you can’t afford it, you have no reason to give up Bitcoin. Quite the contrary!

Many people choose to buy Bitcoin on a regular basis in order to smooth out their costs.

This is a great strategy, and you can follow it by starting to buy just $100 in Bitcoin. Then, little by little, you will increase what you own in Bitcoin as you continue to buy.

With Bitcoin, another essential rule is to be consistent by focusing each time only on your next buy.

By moving forward one buy after another, you will accumulate more and more Bitcoins, which you will take care to keep safe, allowing you to show your faith in Bitcoin by declaring to its opponents: “I HODL Bitcoin”.

Rule #6: Not Your Keys, Not Your Bitcoins

People who join the Bitcoin Club are delighted to regain control over what they own by buying Bitcoins. However, they should keep in mind that they only own their Bitcoins as long as they are in possession of the associated private keys.

So rule number 6 of the Bitcoin Club is easy to remember:

“No Your Keys, Not Your Bitcoins”

If your bank gets hacked and loses millions of dollars, you will get your funds back because the bank is insured against this type of risk.

With Bitcoin, things are totally different from traditional banking system.

First of all, you need to understand that the expression “own Bitcoins” is a shortcut. No one actually owns Bitcoins.

In reality, you own the cryptographic keys to part of the Bitcoin Blockchain. This subtlety is essential to understand what is to come.

The trading platform will then own your Bitcoins.

You will have the same risk of censorship as with the current monetary and financial system.

Rule #7: You Will Continue to Buy Bitcoin As Long as You Have To

You must accompany the progression of Bitcoin like a missionary.

To do so, you must be convinced that Bitcoin will triumph. You must have an unshakeable faith in Bitcoin, and the revolution Bitcoin is building day after day.

If you have true confidence in Bitcoin, you will be able to support it by continuing to buy Bitcoin on a regular basis for as long as it is needed.

Then you will need to HODL Bitcoin for the long term.

This “Buy Bitcoin, Then HODL” strategy will not only support Bitcoin by making it even scarcer, but also by supporting its price, which will attract new entrants to discover this totally revolutionary system.

Rule #8: If This Is Your First Time at Bitcoin Club, You Have to Buy Bitcoins

Don’t be one of those people who are going to have regrets 10 years from now saying: “And if I had bought Bitcoin 10 years ago, my life would be different.”

The best way to change your future life is to take action now.

If after discovering Bitcoin, you’re convinced by its fundamentals and the paradigm shift it brings, you should buy some Bitcoins. This will allow you to put into practice what you have discovered.

The important thing is to get into the Bitcoin system, so that you are familiar with how Bitcoin works. Little by little, you will be able to increase what you own in Bitcoin.

In any case, you should take care to buy Bitcoins only with money you can afford to lose. The goal is to support the Bitcoin revolution in a sustainable way, not to put you in a dangerous financial situation.

Apart from this exception, the rules of Bitcoin Club are similar to those of Fight Club in the sense that to be a member you must have complete faith in Bitcoin, and not let a golden opportunity to change your future life pass you by.

The Bitcoin Club pushes you to take action in order to accompanying Bitcoin. Your main objective is to be among the first beneficiaries of the fairer and freer future world for all that Bitcoin is building.