Humans Can’t Be Trusted To Govern Over Our Money 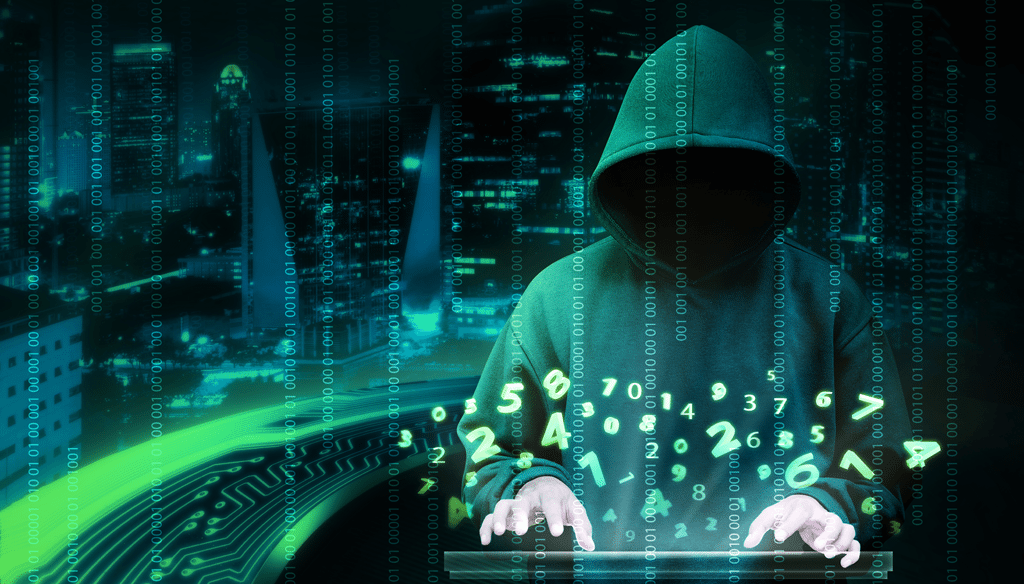 The importance of the separation between money and state today has never been more critical to the human race when it comes to our freedom. Even Coronavirus has struck fear into the masses and has them begging for big government to take away their freedom for “security”. Not only were they previously striving to take away our freedoms for more control, but this situation now gives them the green light to ruthlessly rule over us in any way they want. Our freedom is slowly dwindling and fading away, but there is hope to take it back.

Throughout the year’s governments all over the world have taken complete control of their citizens by changing and creating the perfect currency that benefits them as the cost of their citizens. And that currency is their fiat national currency (USD, GBP, Euro, Yen, etc). Ever since the gold standard ended in 1971, governments have been in control of currency issuance, what they deem as money, censoring people’s transactions, and more. If you control the money, you control the people; it’s as simple as that.

There is a severe lack of financial education amongst the masses, with many even still thinking that the US Dollar is backed by gold. This has been a common issue for ages with even Henry Ford saying “it is well that the people of this nation do not understand our banking and monetary system, as if they did, I believe there would be a revolution before tomorrow morning”. The legacy financial system is something our founding fathers and other great American legends would be extremely disappointed in. Bitcoin fixes this.

How Does Bitcoin Fix This? 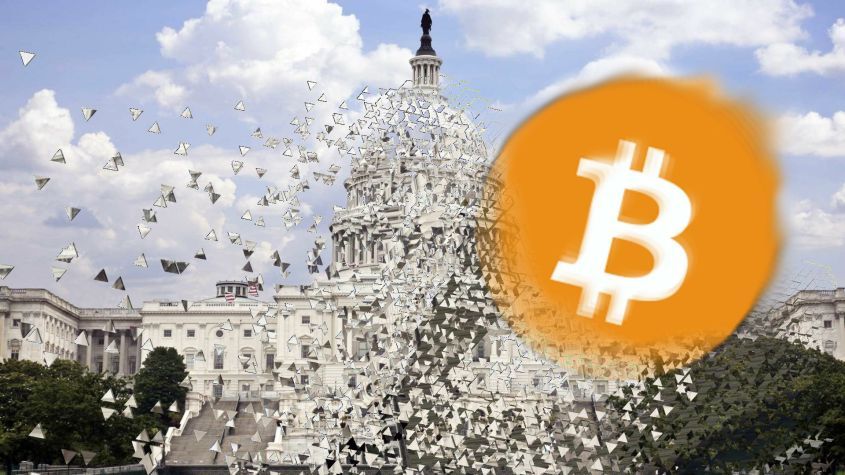 Who would win: a complex financial system that’s run by all governments in the world or, some Japanese guys’ math project?

Humans are greedy, code is pure. Once the Bitcoin code was programmed and put into place, that was it. Game over for the legacy system. We can’t change it and honestly, that’s the beauty of it. Because no one is essentially in charge of Bitcoin, there is no room for corruption. The Bitcoin blockchain runs like clockwork producing blocks about every 10 minutes, and everyone with a full node can confirm this claim. Gone are the days of corrupt bankers, politicians, and government officials. Under a Bitcoin standard (with great infrastructure) we have the perfect shot at separating money and state.

This has the potential to increase wealth distribution, as in corrupt government officials and politicians will not be getting their outrageous big pay. Why? Because the people of said country are defunding them with Bitcoin, keeping more for themselves and keeping it in their communities. It’s going to take a while, but eventually, it’s going to be extremely hard and near impossible to tax people. obviously resulting in people keeping their hard earned money. And the general public will thrive. IMO though in countries where you don’t have the right to bear arms, things, things could get ugly.

Bitcoin also has the potential to take your financial privacy to a whole new level. Holding your coins in a cold storage wallet after coinjoining is a great start, but can improve. After coinjoining the government can prove you bought the Bitcoin (if boughten from a KYC exchange) BUT they cant prove you still have ownership over those coins. This is massive and very important is one’s freedom as it makes it that much harder for governments to confiscate. Because you are NOT free in using a financial tool that any central authority can come and take. More development needs to be done to reach a fully private Bitcoin world, and after looking at core developers, the future looks bright! 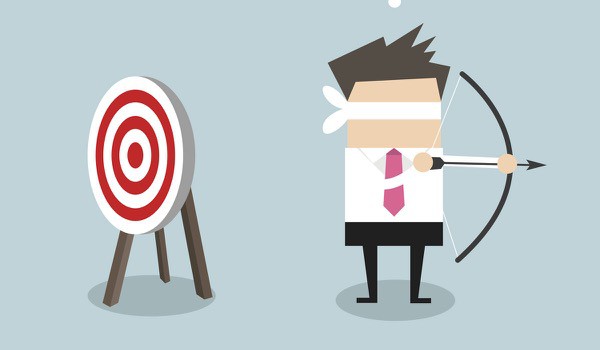 The leaders of our monetary system have proven time and time again that they are not fit to be in charge, so who is? Nobody. Humans have proven time and time again no matter how good hearted they may seem, greed will always be their downfall. Eventually, our leaders always let us down in some way. This does not justify and wrongdoing, but that’s how humans are. We are not perfect, we make mistakes, we’re greedy, and we put ourselves and loved ones first before others.

These and more are all reasons why we are unfit to rule over our money. No matter who we put in charge, we will witness the same outcome time and time again. I constantly think about why these idiots are put in charge to rule over everyone’s finances, they’re so out of touch with reality it’s crazy. Don’t believe me? Watch this video where he says he thinks American citizens can survive on a $1,200 stimulus check for 10 (yes ten) weeks. People’s rent alone for a 1 bedroom apartment in my area costs $1,500 per month. 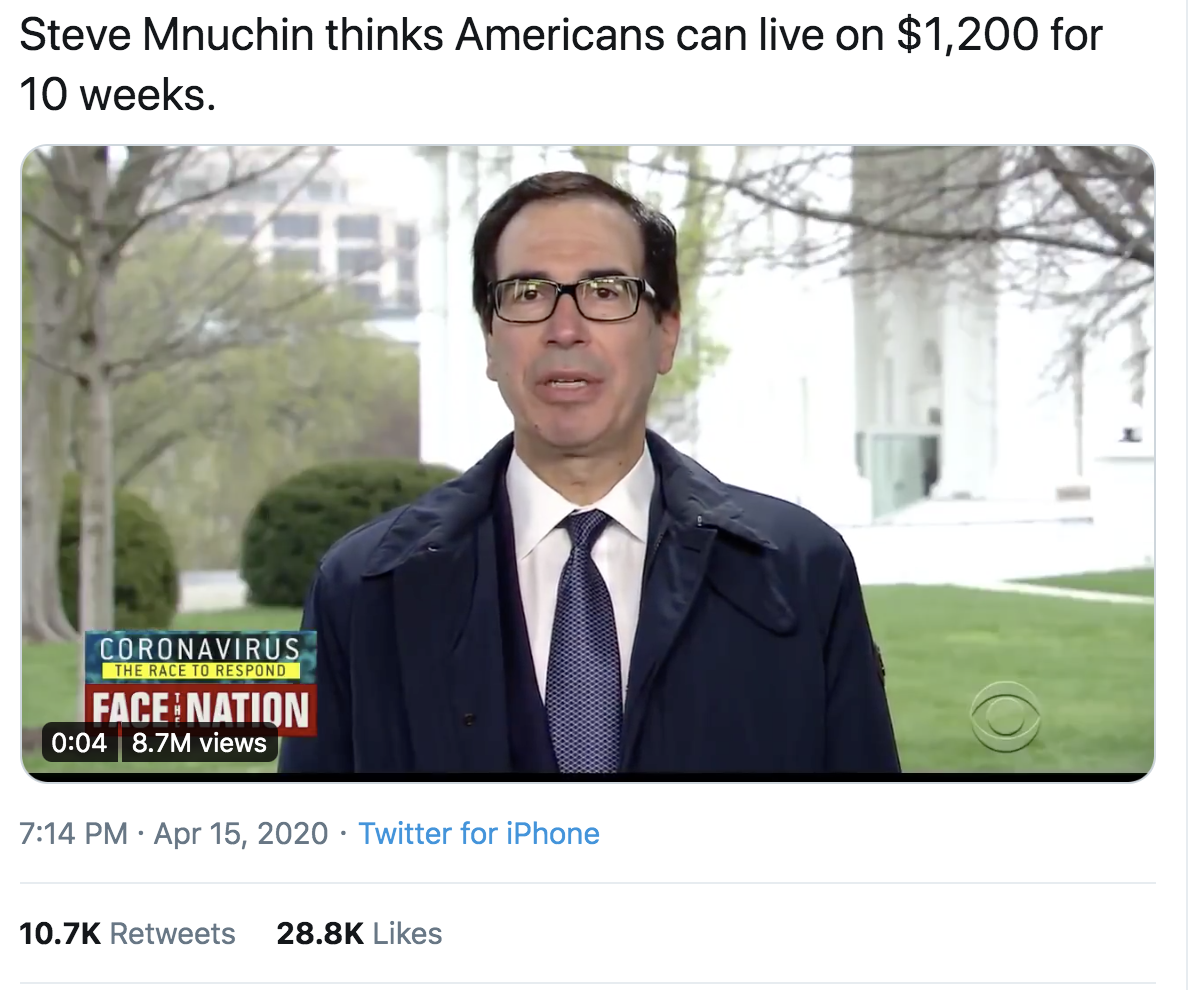 Your Wealth Is No Longer Stolen Via Inflation

Governments and central banks who have permission to print and issue currency devalue your hard earned money without your consent. Inflation rates vary in different countries, so depending on where you’re reading this from, you may have different short term views; as foreign currencies may inflate faster or slower than yours. But after enough time, your money is devalued costing prices of goods to rise and costing you more. More fiat, more time, and more effort just to keep purchasing the same good you used to. This makes it harder to raise a family (as I’m sure all parents can agree from experience it’s not cheap) and really progress in life.

You were born and forced into a broken system, you didn’t choose it. And ever since January 3rd, 2009, you now can choose a better financial system. You have to power to choose deflationary hard money over inflationary soft money.  The chance to hold onto your money and have the potential to increase its value without the need for investment. The answer can’t be any clearer, now it’s on you to have to courage to act on it.

Eventually, we will see hyperinflation from the trillions and trillions bound to print. Families’ entire savings getting wiped out, small businesses getting obliterated, and more tragedy. There are so many reasons as to why this will happen, and once you get into Bitcoin, it seems like you’re on edge like this could happen at any moment (especially after seeing what happened in Venezuela these past couple years). But do not underestimate how long governments can kick the fiat can down the road for. Because unfortunately, the US government is not giving up their power without a fight and will do anything to keep their precious fiat top dog. 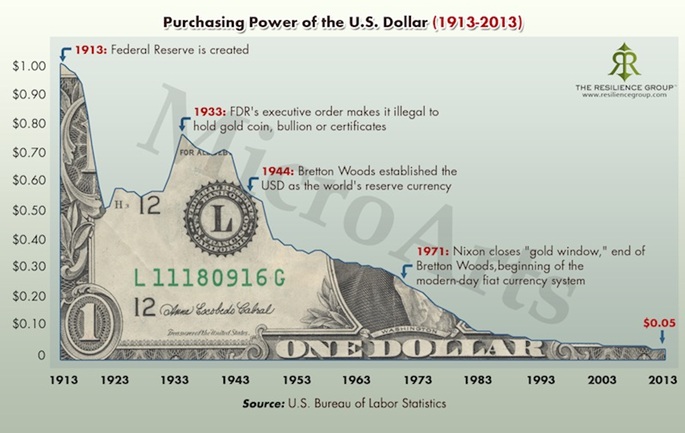 “Bitcoin is a bubble and will go to $0” - People who religiously hold this garbage.

It is unfair and has proven to be criminal to let a few select people rule over our monetary system. Bitcoin gives everyone a level playing field at the cost of corrupt officials. Since they are no longer in charge, their days are over. Following the guidelines of computer code with decisions made by social consensus is much more “human” than these lizard people will ever be. Bitcoin saves you from inflation and gives you freedom and privacy where you need it most. Human governing mixed with the fiat system allows for endless war, which Bitcoin can help put a stop to. The USD is a violent scam, and in result came the peaceful protest that is Bitcoin. Thanks for reading homies, I really appreciate it.