Attempts to deploy a soft fork on the Bitcoin network might fail, and some will have to before Bitcoin ossifies.

I recently twitted about my anticipation of events as: 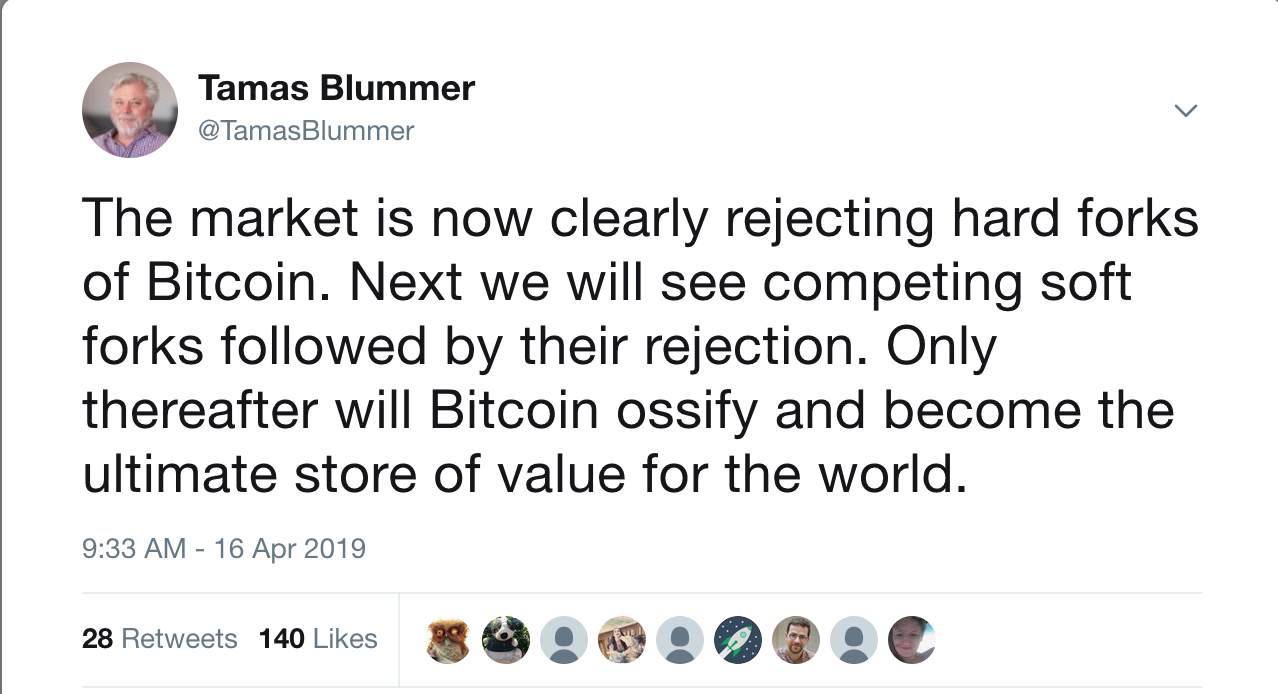 This sparked some curiosity how I meant competition and rejection, so I wrote this longer explanation.

What is a soft fork?

A soft fork is a change to network nodes such that they apply stricter rules to blocks that those that are already in effect on the network.

Nodes that do not apply the change will not technically recognize that a soft fork was deployed as blocks continue to obey all rules they know of.

Can a soft fork split the chain?

As soon as a miner produces a block that violates the stricter rules, other miners are presented with a choice, they could either:

The chain forks once a miner choses to ignore the offending block. There is no technical difference between a fork and a split, the later merely refers to a situation where miner work on both sides of the fork for a longer period.

Such a split would be technically a really messy one, since both sides would share coins in existence before the split and use the same communication network. There would be no guarantee that a pre-fork coin would be spent only on one side (no replay protection). An increasing and not obvious set of coins would become only valid on one side.

How splits compete and eventually resolve

The split chain can proceed on both sides until some miner work on both. The proportion of mining power is technically irrelevant to their existence. Miners will however constantly re-evaluate the situation and may with time settle on only one side, which would resolve the split.

We have not yet seen a soft fork split as recent soft fork activation via UASF successfully moved miners in sync.

Above explains why the latest ‘segwit’ soft fork activation did not happen until miner were forced by UASF.

How a user activated soft fork (UASF) works or fails.

A credible threat such as the one imposed by the famous UASF (BIP148) can push miner instantly to one side and thereby avoid a chaotic resolution of a temporary split. The threat of the first UASF was that validating nodes would stick to the side of the soft fork even if majority of miner would not apply BIP141 (segwit). Miner’s new coins would not had been accepted by UASF nodes if they were mined on the other side of the fork. The first UASF threat worked so well that no miner created a block offending segwit rules, the upgrade was so seamless that some think it was not soft fork (event) at all.

Orchestrating such a credible threat will get harder as the network grows. The case supporting a soft work will be less convincing for a miner and at some point they will stop considering one, at latest after one that creates a split.