I’m a 22-year Wall Street veteran who has been active in bitcoin since 2012, and whose passion is a fair and stable financial system. 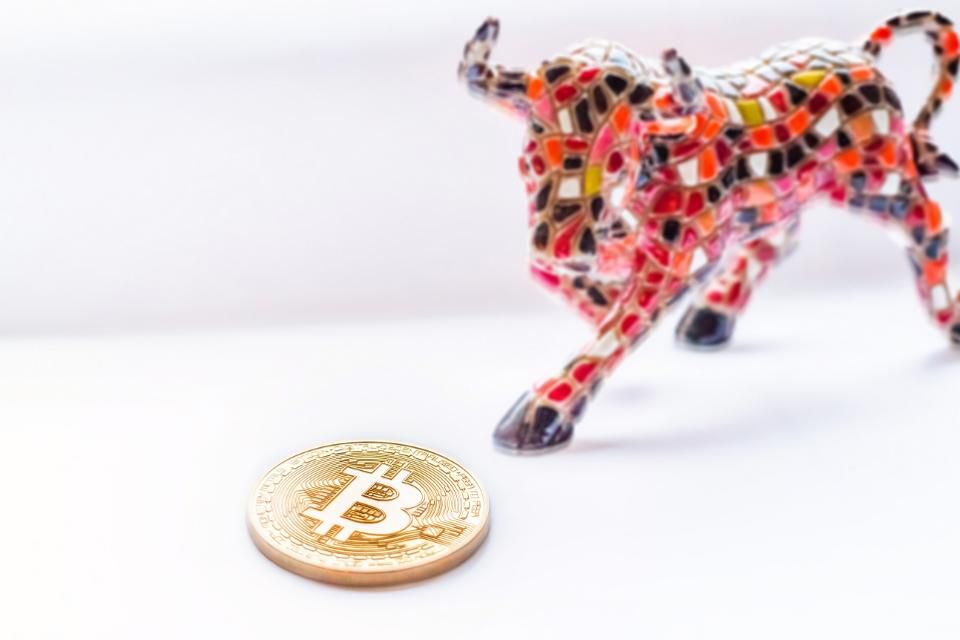 Bitcoin’s price swung wildly this week, causing many to conclude bitcoin is unstable. But this conclusion misses a key nuance: Bitcoin was designed for systemic stability, not for price stability. Indeed, as a system Bitcoin is highly stable even though its price may not be. Bitcoin is the opposite of fiat currencies, which generally exhibit price-stability but are susceptible to periodic bouts of financial system instability. By extension, stablecoins that track fiat currencies, such as Facebook’s new cryptocurrency (Libra), fall into the same category as fiat currencies—they’re designed for price stability, not systemic stability, and are exposed to the same risk of periodic instability of traditional financial systems. Can a monetary system be both price-stable and systemically-stable? Probably not, and here’s why.

The real world isn’t stable. Unpredictable events happen. Consequently, demand for money is inherently unstable too, influenced by factors such as earthquakes, droughts, hurricanes, technology break-throughs, the sudden discovery of large oil/mineral reserves, tax/tariff/regulatory changes, population trends and even simple seasonality. To cajole price stability within fiat currency systems, central bankers counteract these demand fluctuations by intervening in markets—in an attempt to steer the economy to perform within a target rate of price inflation, a currency peg or interest rates.

But remember—demand for money isn’t stable. Central bankers manufacture the price stability of fiat currencies by interfering with natural market processes. Their actions can eventually lead to systemic instability. But hold that thought.

Bitcoin as a System: Designed for Systemic Stability, Not Price Stability

Bitcoin, by contrast, is a system that prioritizes security over price stability. Bitcoin’s systemic stability stems from the security of its network. This week, as bitcoin’s price volatility was capturing headlines, I was watching core bitcoiners get excited about something else entirely—the network’s hash power hit an all-time high, and its “difficulty” also adjusted to an all-time high.

Hash power is defined as the processing power of the Bitcoin network to perform calculations necessary to confirm transactions. The higher the hash power, the more secure Bitcoin becomes—i.e., the more immune it is to attack, simply because (by design) the cost to amass enough hash power to attack the network far exceeds the gain from doing so. Bitcoin is almost certainly the most secure computer system ever created, mostly due to the staggering size of its hash power. The Bitcoin network hit a high of 66.7 quintillion hashes per second (66.7 exahashes/second) on June 22—it’s hard to convey just how powerful that is because it’s not directly comparable to supercomputers, owing to the specialized nature of chips used in the Bitcoin network, but it’s safe to conclude it still dwarfs the world’s top 500 supercomputers, combined. The size of Bitcoin’s hash power is one reason why it has survived every attack thrown at it to date, and its hash power continues to grow. What happens when additional hash power is added to the Bitcoin network? Answer: the network becomes more secure. That’s it. Adding more resources does not—cannot—create more bitcoin. Why? Because (1) bitcoin’s supply is fixed by algorithm and (2) the protocol’s “ difficulty adjustment “ automatically kicks in when more hash power enters the network, to ensure that a new block is added to the blockchain every 10 minutes, on average.

“Difficulty adjustment is the most reliable technology for making hard money and limiting the stock-to-flow ratio from rising, and it makes Bitcoin fundamentally different from every other money(emphasis added),” wrote Saifedean Ammous wrote in his book,The Bitcoin Standard.

So, Bitcoin has a virtuous cycle that fiat currencies don’t have. As bitcoin’s price goes up, more hash power joins the network. As more hash power joins the network, the network’s security hardens. Bitcoin becomes more immune to attack—more systemically stable. (Of course, the reverse is true as well—a vicious cycle could occur whereby Bitcoin becomes less secure as hash power exits the network. But even though the Bitcoin network lost hash power during the “crypto winter” of 2018-19, the loss of hash power negated only the prior four months of hash power growth and didn’t remotely come close to rendering Bitcoin systemically insecure. When hash power leaves the network, the difficulty adjustment adjusts downward until the cycle turns virtuous again. It’s a self-correcting system.)

Fiat currency systems, by contrast, are designed to have “stability mechanisms”—they’re called central banks—which cajole short-term price stability by intervening in markets to keep a targeted metric within range. Why the quotation marks around “stability mechanisms”? Because by intervening in markets, central banks distort natural market signals (namely, interest rates) and thereby prevent accurate economic calculation by businesses—fomenting the next round of systemic instability when cash flows don’t materialize to service the debt. Indeed, as central banks became more activist in the early 1980s, traditional financial markets have ping-ponged within a crisis/stability/crisis cycle.

Nassim Nicholas Taleb provides an apt analogy for this process in his book,Antifragile:  forest fires. Artificial suppression of natural volatility (by suppressing small fires) creates false stability that can last short-term, but it builds long-term risk by letting an enormous amount of tinder build up. When the fires eventually come, they’re more devastating.

By analogy, central banks have successfully suppressed market volatility in the short-term. Yet, clear signs of underlying systemic instability are again showing up—because central bank actions not only interfere with price signals in markets, thereby causing investors to misallocate capital unintentionally, but they also gut balance sheets. We can see signs of systemic instability brewing yet again in esoteric but critical corners of money markets, which is usually where the next round of systemic instability shows up first. Jeff Snider at Alhambra Investments chronicles on a daily basis the dozens and dozens of indicators showing that the financial system is well into its fourth systemic “disturbance” since the 2008 financial crisis (e.g., the LIBOR curve just inverted for the first time since February 2008, swap spreads just turned uniformly negative in key parts of the swap curve and repo fails are growing again, among the many, many other indicators also confirming another round of systemic instability is underway). As Snider points out, this fourth episode is shaping up to be particularly nasty—maybe not as nasty as 2008, he says, but nastier than the prior three episodes. Time will tell. Despite all the warning signs, incredulously, on Thursday the Fed approved stock buyback plans submitted by 18 big banks, saying “The nation’s largest banks have strong capital levels and virtually all are now meeting supervisory expectations for capital planning.” I suspect the Fed’s decision won’t age well, but I digress…

The takeaway here is that systemic stability concerns have not been solved in traditional financial markets—and they won’t be, owing to the inherent design of fiat currency systems that favor short-term price stability at the expense of periodic episodes of systemic instability.

Here’s what it all means:  traditional financial markets may be more price-stable than Bitcoin short-term, but will periodically face systemic crises. Bitcoin as a system is far more stable, even though its price may not be.

How does Facebook’s Libra fit into this picture? Libra is a system designed to track a basket of fiat currencies—a “stablecoin,” in the parlance. In other words, Libra is designed for price-stability but will inherit the same periodic instability faced by fiat currency systems—that is, assuming that the Libra Association keeps the basket allocated to fiat currencies. But Libra’s basket is not set in stone. Over time, the Libra Association has the opportunity to invest the basket in bitcoin and other assets that are more systemically stable than fiat currencies. It will be fascinating to watch.

The real beauty of Bitcoin is that it offers each of us a choice to own financial assets outside of the traditional fiat-currency system, if we choose to. From a system design perspective, Bitcoin and fiat currencies are fundamentally different. One way to ponder that choice is to ask yourself how much you value price stability, and whether the systemic stability of Bitcoin is valuable to you as an insurance policy. Only in retrospect will it become clear how valuable that choice turns out to be.