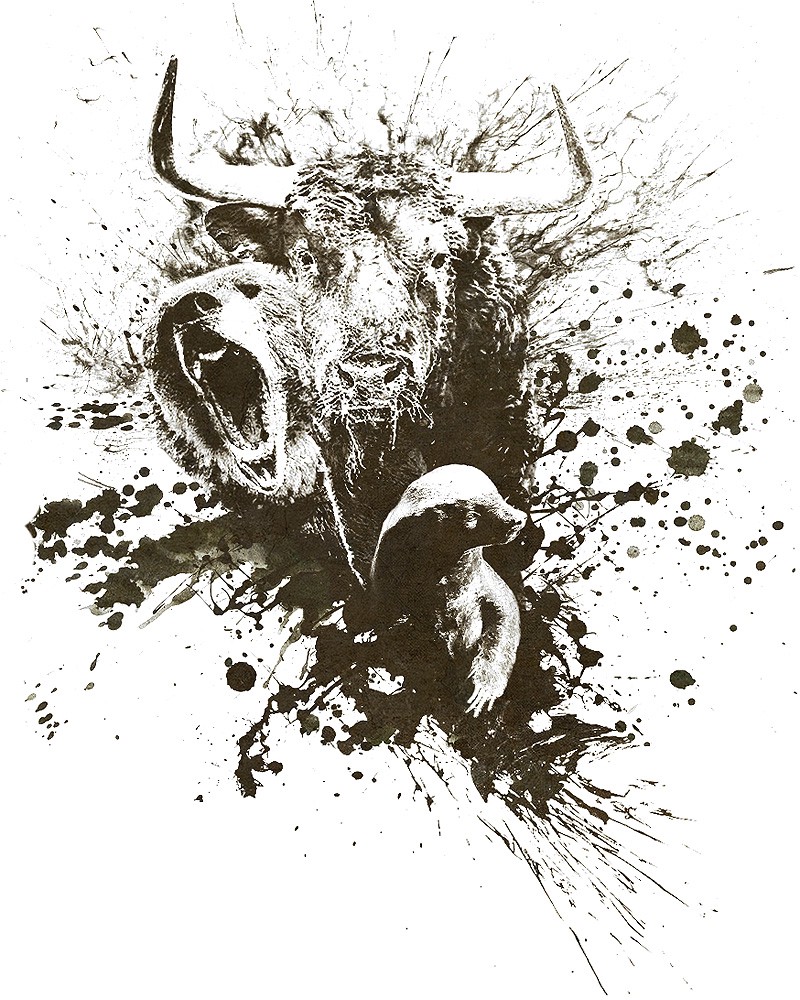 In this article, the data sources on which this metric relies have been changed. The methodology and rationale for doing so are described in the article What is the Price of Bitcoin or its Market Cap… Exactly? The rest of the data sources concerning this metric have also been changed after analysing and comparing several sources. To summarise, all data is derived from: 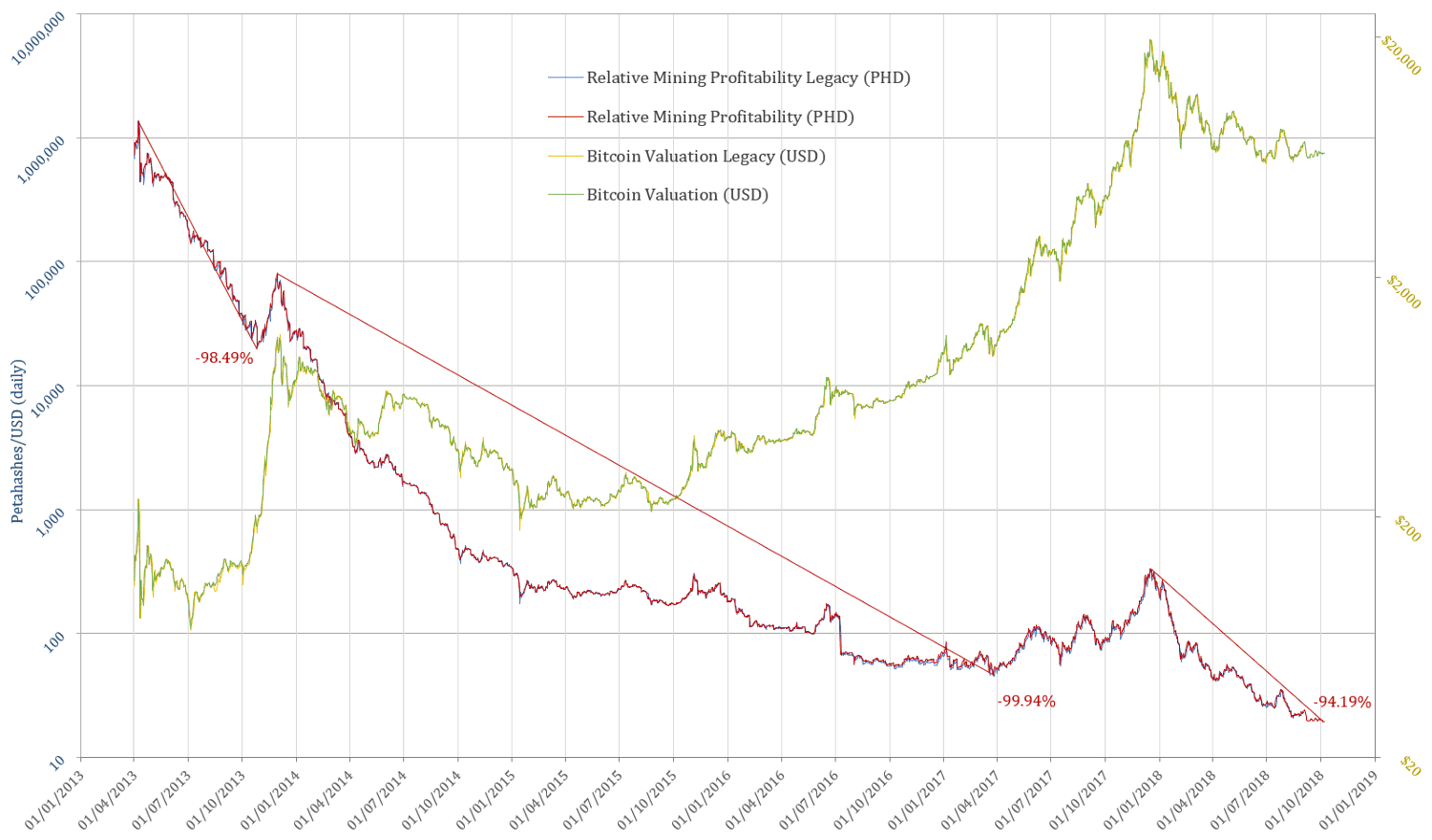 Where Are We At?

Challenging the apparent boring aspect of price action in Bitcoin valuation (up until the time the article was drafted, not the case anymore), in just over 3 weeks, Bitcoin has set a few record values:

Regression analysis for exponential growth/decay have been unsuccessfully attempted in order to normalise the PHD metric, as to compensate for the substantial increases in efficiency and hash rate. This approach is to be furthered in a future analysis. For the purpose of this article, an eyeballed line of best fit has been derived from an exponential equation which best fits the entire span of the ASIC mining era: 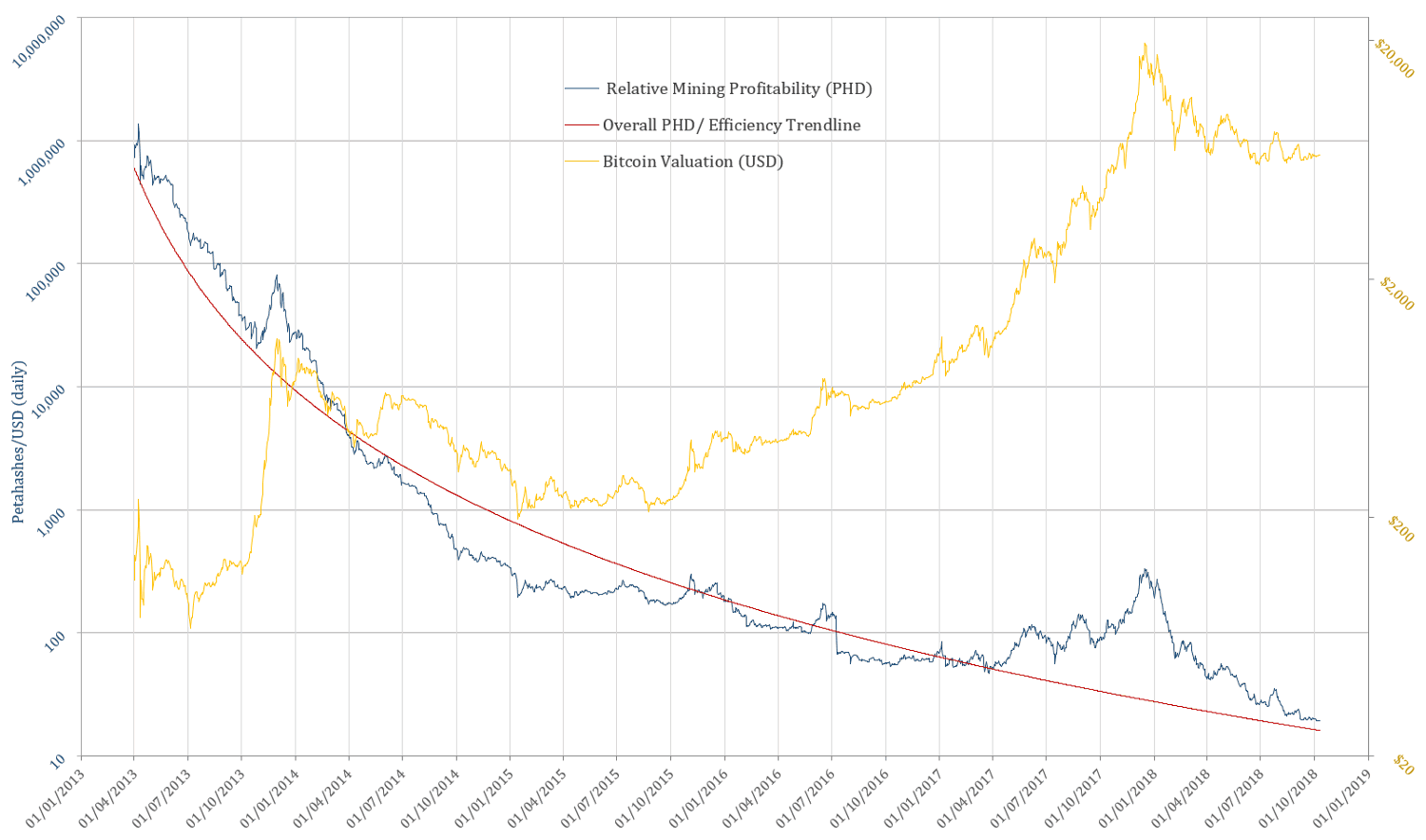 The issue of using one equation for the entire timespan is that it departs too much from the more empirical progress in leaps and bounds (further exaggerated by market cycles). A sensible approach is dealing separately with the two visibly distinct areas of the graph:

The two equations best describing the baseline of these phases have been calculated and plotted below: 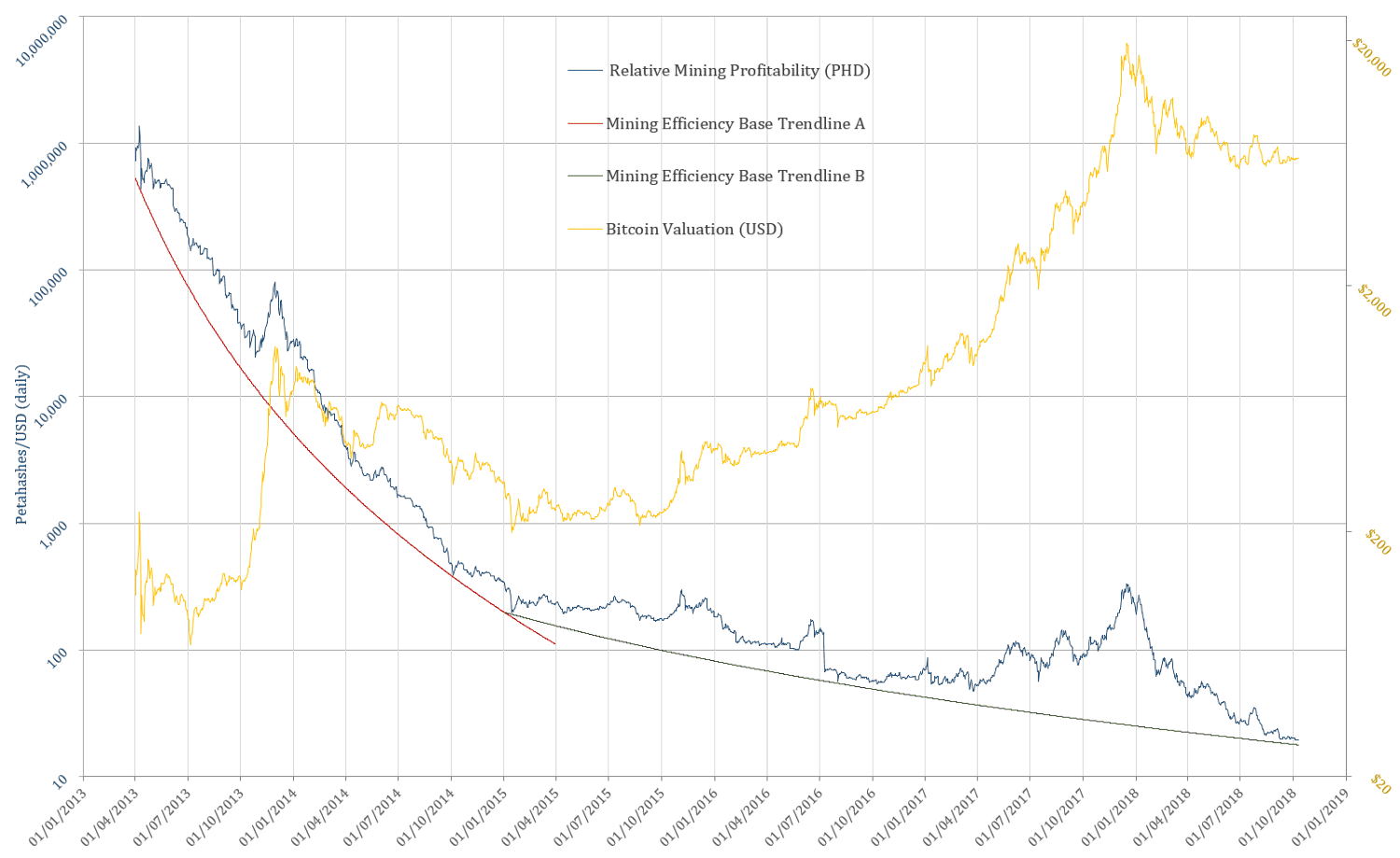 From PHD to Mining Profitability Ratio: 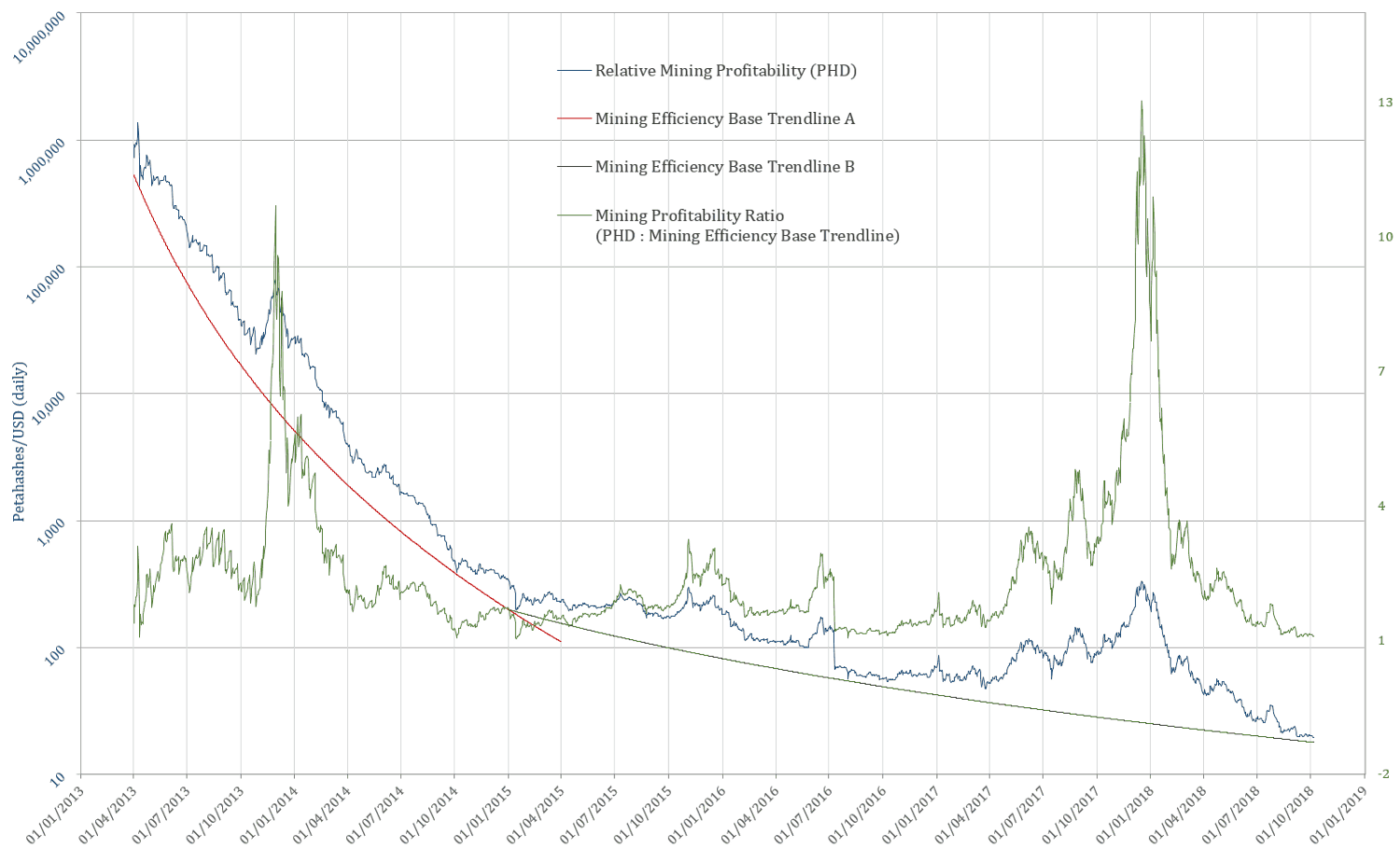 For the Mining Profitability Ratio to touch baseline at the end of October, the price of Bitcoin would have to take a dive down to anywhere in between $5,385and $4,406,assuming 10% increase or decrease from current hash rate respectively, and an average mining revenue of c. 1,842 BTC/day (transaction fees + block rewards)

This scenario would be consistent with a dive to $4,900–5,200 range of resistance and would likely have the effect of bouncing back BTC price, at least for a few months of upside, if not directly into a halving-anticipating bull market, and all-time highs. Outside a major technical/security flaw or some kind of black swan event, Bitcoin is very unlikely to just dive to $3000… at least not this year.

Continuing being boring at current price levels, or bellow 6K, as well as in the range above (7.5–10 K), are all healthy scenarios for Bitcoin in long term. This lull is allowing the mining operations enough time to recalibrate & refine their workings, both in terms of technical efficiency, as well as in maintaining their operation liquid.

A Bitcoin mining industry in rude health is one core fundamental which needs to be met before even considering a true bull market insight. 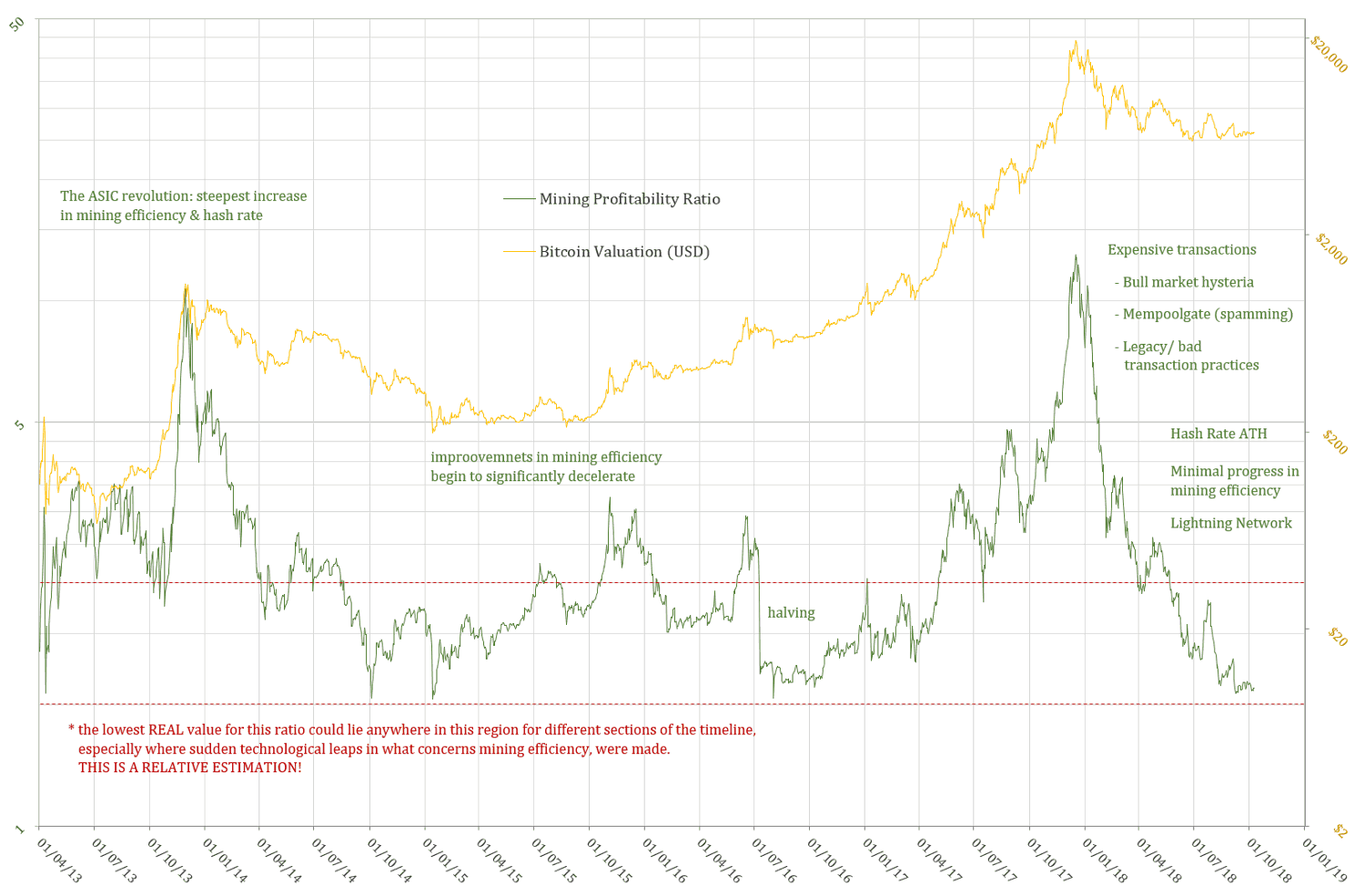 The Flipside of the Altcoin / Scamcoin Argument

Another fundamental which is radically different from all previous market cycles is the low Bitcoin dominance. While this can appear, as it has thus far, as a huge impediment in sustaining any upwards momentum — funds immediately beginning to flow into the plethora of other projects — this state of affairs can also have a backlash effect… if given enough time.

All the printed securities, tokens, altcoins are hugely centralised and, while it cannot be said that the individuals & organisation running them are most ethical, their intelligence cannot be underestimated. While the newly attracted capital and “dumb money” had been pouring in these ventures, it is sensible to assume that a considerable portion of the funds generated in this manner — the printing press — had been, and will continue to be converted into Bitcoin for long term hodl.

This trend, in tandem with the capital required to be sieved out in order to prop up these schemes/ projects, sooner or later is bound to reach an equilibrium with the dumb/speculative capital willing to flow towards them. Once this point is reached, a BTC upwards momentum would have a significantly better chance to be sustained, thus preventing entirely the Altpocaliptic scenario, in which a major capitulation in Bitcoin would evaporate all other speculative capital, along with any willingness to be innovative, reckless or scheming in this space.

Bitcoin is fundamentally a different beast than in all previous market cycles; any reference or comparison to previous cycles must be treated with extra caution. Nothing is “off the table”, anything can go “off the charts”!

DISCLAIMER This content is only to be taken as my personal OBSERVATION & OPINIONS, for the purpose to be further considered, debated or discarded. The analyses outlined are far from exhaustive, and ARE NOT & CANNOT serve as basis for any financial / investment / trading advice.