A minute of your life could save the rest of mine. Please sign the petition for my clemency. https://FreeRoss.org/petition

Something special happened in the first year or so after Satoshi gave us Bitcoin, something no one expected and many thought was impossible. Try to imagine Bitcoin back then, before you could buy things with it, before there was an exchange rate, before anyone really knew what, if anything, would happen with it. Bitcoin didn’t start out as money. It became money, but it did so unlike any money that came before it. For all the things Bitcoin has made possible, for all the ways it is changing our world, we don’t fully appreciate or even understand what happened in those early days, when it was just a play thing for geeks.

Every other money that predates Bitcoin — in the long history of human civilization — was valued for reasons other than its use as money. Cattle in Africa, postage stamps in prison, sea shells and precious metals all have been used as money and fit this pattern. The only exception is fiat money — something declared to be money by an authority — but even national fiat currencies were once backed by something with prior value, like gold.

Bitcoin changed all that. Bitcoin had no prior value, and no one was forced to use it, yet somehow it came to be a medium of exchange. People who don’t understand and care little for Bitcoin can nevertheless accept it as payment because they know it can be used to pay for something else or be exchanged into conventional money.

People often mention the pizzas that were bought for ten thousand bitcoins and, in hindsight, poke fun at the guy who ate what would become a multi-million dollar lunch. I’m more interested in the person who gave up two perfectly good pizzas for mere bitcoins. What did he see in those bits and bytes, that digital signature on something people were calling a blockchain? Whatever motivated the pizza seller may have also called to the early miners who could not liquidate but happily hoarded. It may have inspired the ones who simply gave bitcoins away by the thousands. Whatever it was, it was something new.

Classical economics says exchange won’t happen unless both parties value what they are getting more than what they are giving up. So where did the value come from? Bitcoin should never have gotten off the ground, but it did. Even a new product has some kind of value to it, and early adopters are taking a risk that they won’t get their money’s worth, but they still expect to gain from the exchange.

The early adopters of Bitcoin, on the other hand, had no way of knowing that we do now. All they had was a dream, a conviction and enough infectious enthusiasm to bootstrap a digital contrivance into a multi-billion dollar phenomenon we are only beginning to see the effects of.

I’ll tell you what I think happened, but the truth is no one knows. It is like magic that Bitcoin could somehow come from nothing, and without prior value or authoritative decree, become money. But Bitcoin did not appear in a vacuum. It was a solution to a problem cryptographers had been struggling with for many years: How to create digital money with no central authority that couldn’t be forged and could be trusted.

This problem persisted for so long that some left the solution to others and dreamed instead of what our future would be like if decentralized digital money did somehow come to be. They dreamed of a future where the economic power of the world is accessible to everyone, where value can be transferred anywhere with a key stroke. They dreamed of prosperity and freedom, dependent only on the mathematics of strong encryption.

Bitcoin was therefore birthed onto fertile ground and was recognized by those that had been waiting for it. This was an historic moment for them, far more important than pizzas or electric bills run up from mining. The promise of freedom and the allure of destiny energized the early community. Bitcoin was consciously, yet spontaneously taken up as money while no one was watching, and our world will never be the same. 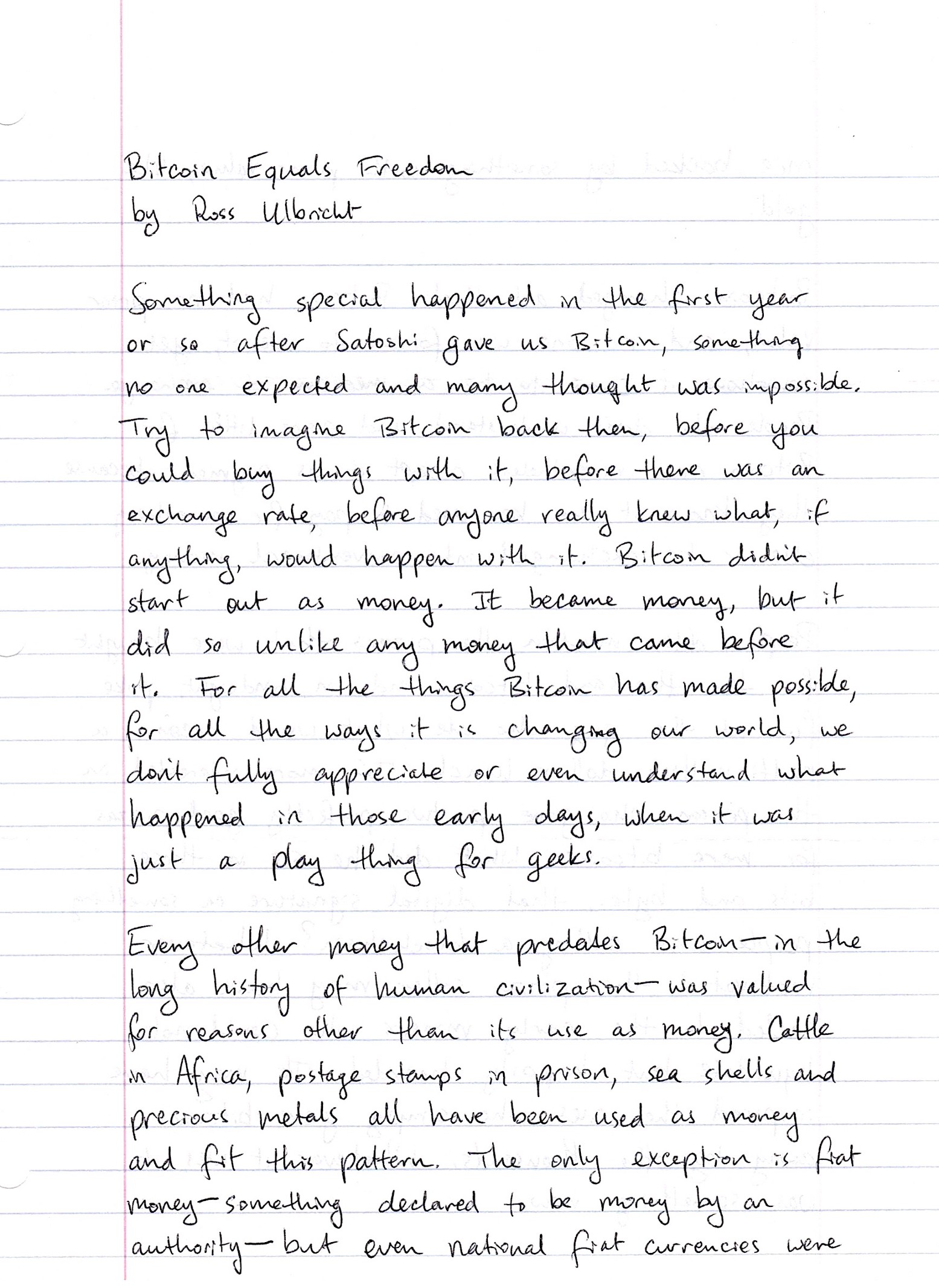 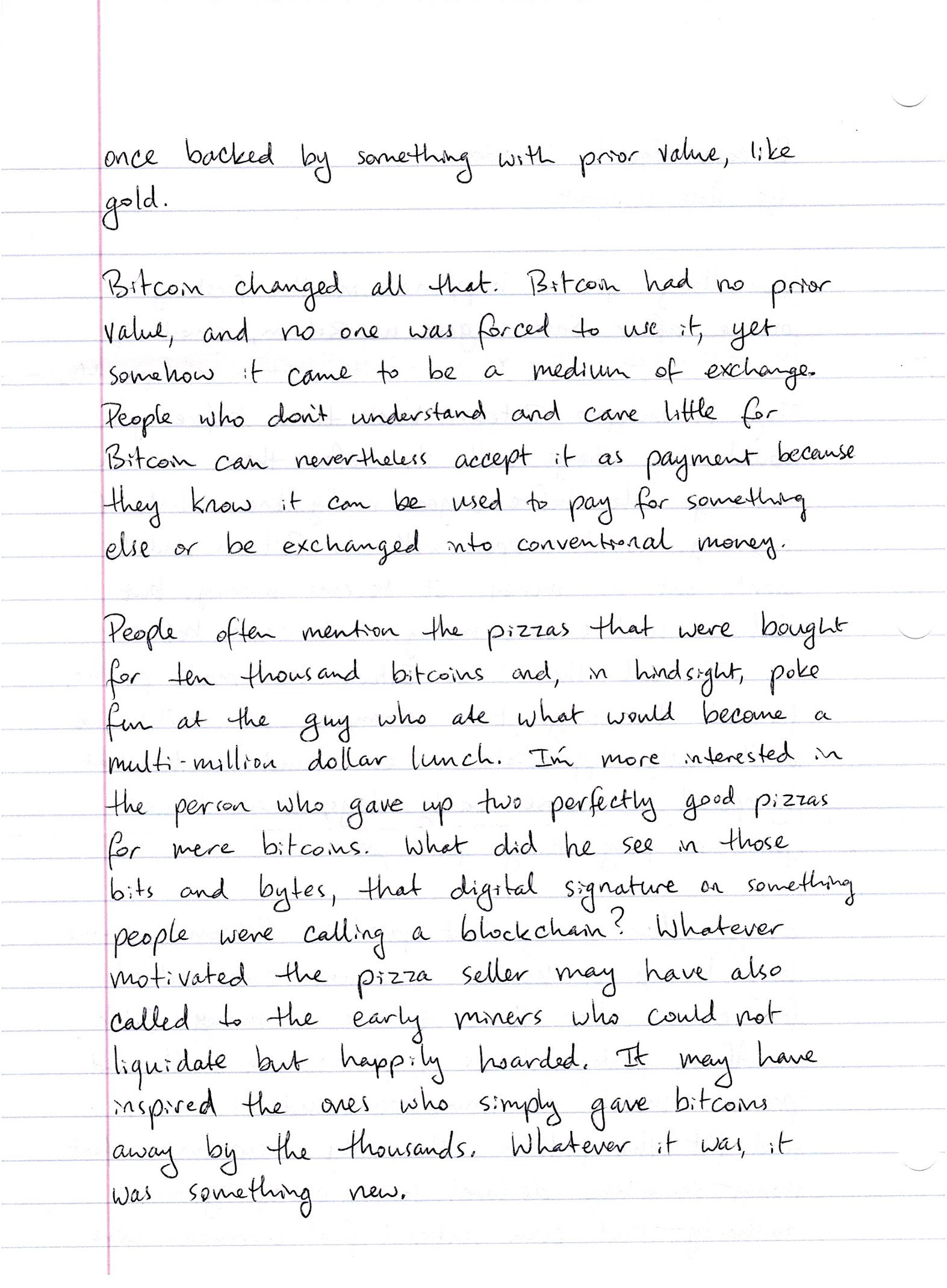 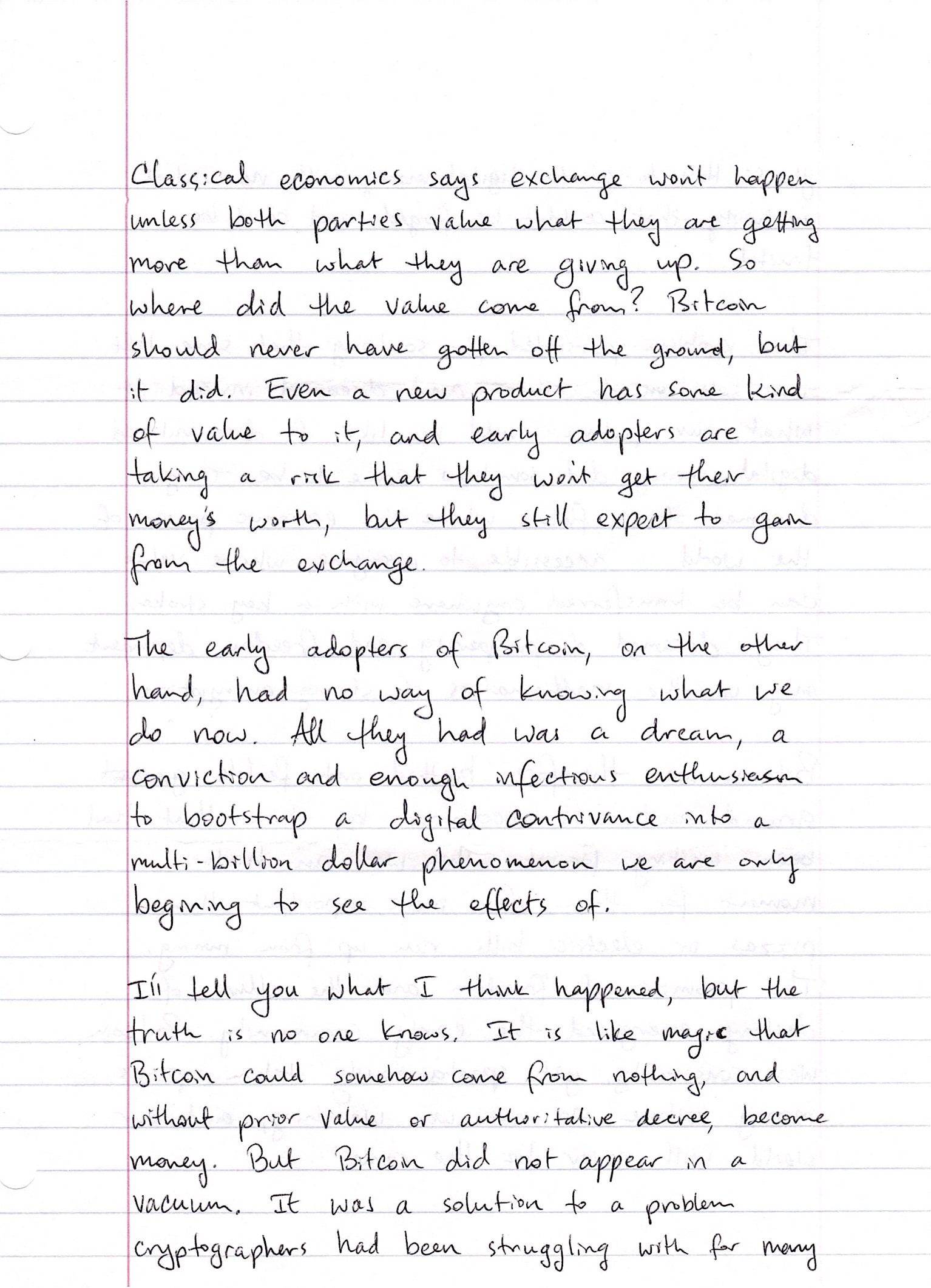 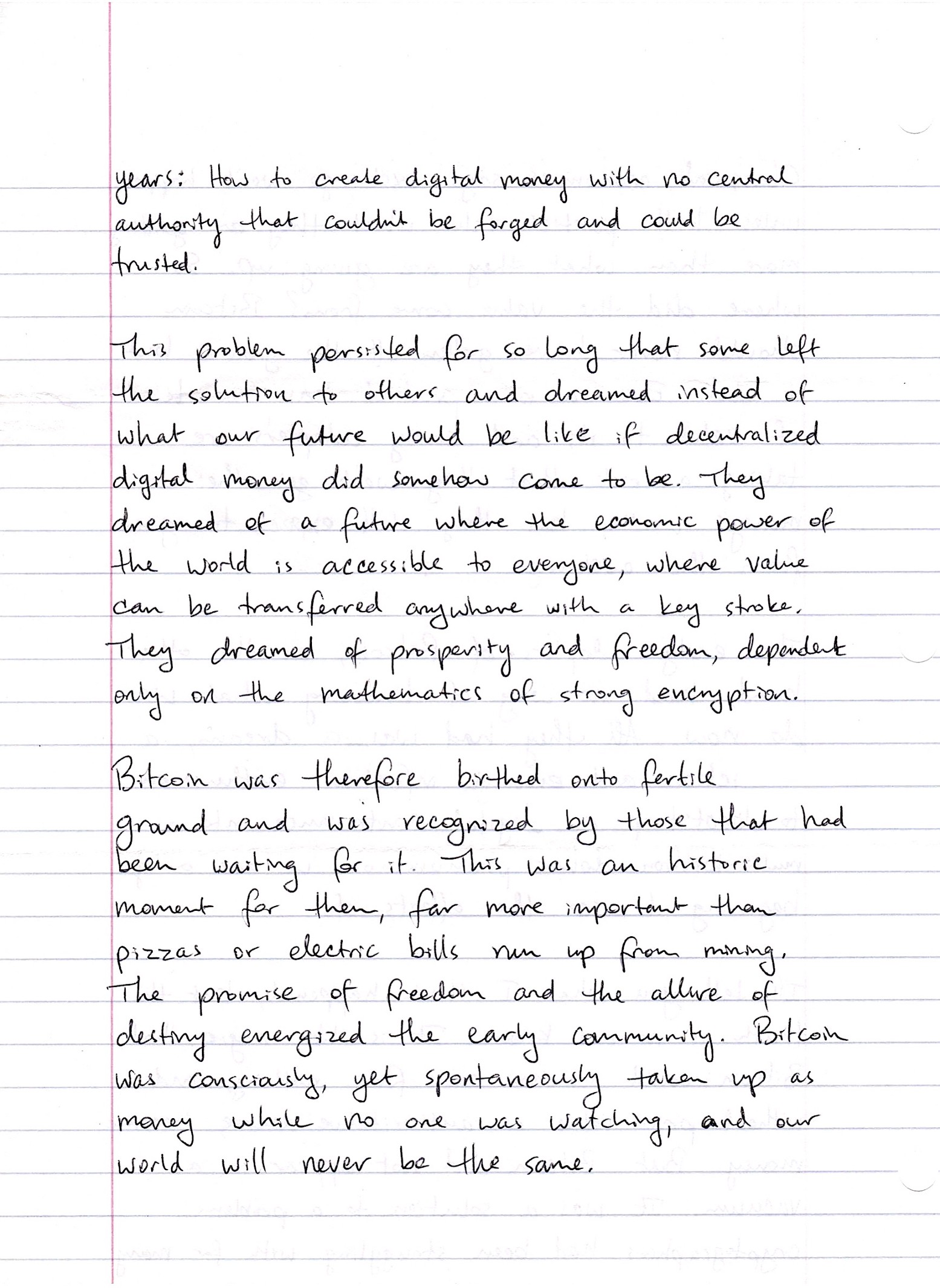