Bitcoin as a Store of Value

A note on Bitcoin’s SoV characteristics 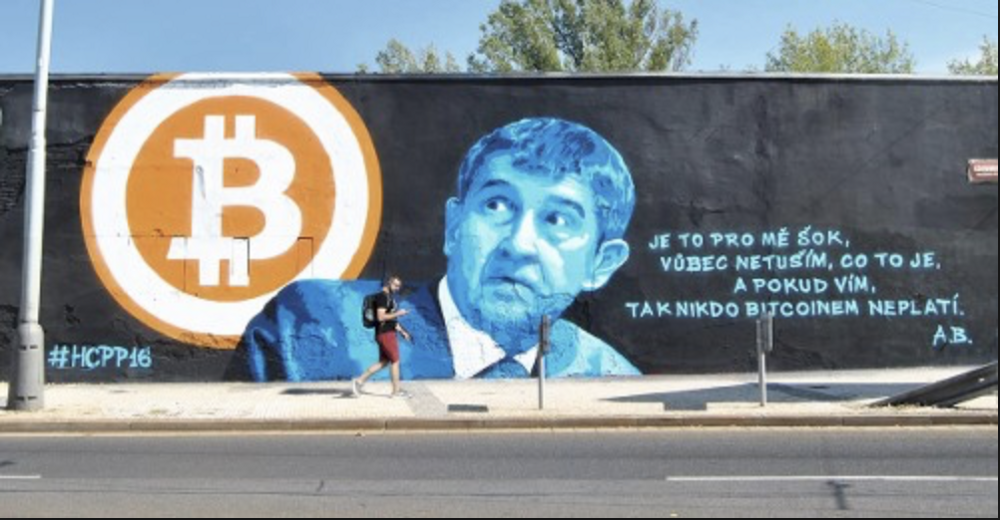 Bitcoin innovates from the edges

In a coral reef the most diversity, life and evolution happens at the edges, whilst the centre, the most stagnant and least exposed to external change, dies the first. This may seem counter-intuitive as the centre receives the most protection from the marine environment; but in reality it’s because it is protected and thus receives critical environmental information the last. The edges flourish in evolution, diversity and resilience.

The greatest innovation and disruption in industries so too will happen at the “edges” where the disrupter is continually exposed to attack vectors, must be resilient, adaptable to change and intrinsically diverse. The greatest innovation in money, arguably one of the most important aspects of society, will happen from the edges. And it’s Bitcoin. Legacy money will die obliviously in the “centre”, whilst Bitcoin seeps in at an accelerating rate from all sides.

This blog is a quick look at Bitcoin Store of Value (SoV) characteristics, some comparisons to other cryptocurrencies and how Bitcoin will continue to “seep in from the edges”.

For almost a year now BTC has maintained a value higher than $5000 a unit, and for 18 months higher than $1000 a unit. Going deeper we can see that Bitcoin is actually a store of energy, as it consumes electricity in the most efficient manner possible via the actions of self-interested profit-seeking mining operators. As Bitcoin is created from coinbase rewards that can only be performed by miners, the value of that Bitcoin is invariably related to the amount of work that was performed in creating the Bitcoin, which requires energy expenditure. The combination of mathematically defined supply and proof-of-work is the strongest case of Bitcoin’s SoV argument.

A naive counter-argument to this is arguing that digging a hole in the ground takes a lot of energy, but the hole is not valued by anyone except the digger, so the hole has no market price and was a worthless exercise and waste of energy.

However, if there can only be 10 holes dug in a common courtyard, and only 1 dug at each time, and the holes are permanent forever, and everyone can own part of the hole as a hole-coin, and everyone can access the hole-coin in a permissionless way, and everyone can transport their hole-coin anywhere and transact with it, and everyone recognises it, then it becomes much different. This in fact bears close resemblance to the Rai Stones of Yap; where proof-of-work was captured in large, carved and immovable limestone rocks as value.

Another perspective is that a $100 hole-coin cannot possibly retain $100 in value if it only cost $0.10 to make. The closer the marginal cost of production of a hole-coin to the market value of that coin, then the more it is likely to retain that value.

The Bitcoin Cycle of Life

A fundamental difference between Proof-of-Work and Proof-of-Stake is that PoW involves an indiscriminate sunk-cost for every coin. Miners will spend energy that can never be recovered directly during the mining process. PoS has almost negligible sunk cost, therefore the value behind each minted coin does not accumulate cost, and is unlikely to retain value.

An asset must retain SoV characteristics before it can become a Medium of Exchange — the latter can not be achieved prior to the former as people will store money as money prior to making a purchase decision. This is part of the double coincidence of wants problem; where people need to desire the same common thing in order to make a transaction. If a transaction is made with a money that is not desired by one party, they will immediately transact out of it. Thus people need to want money in the first place, as opposed to storing value in other asset classes, and if that money does not retain value then it will not work.

This is where I think Vitalik is fundamentally wrong about Ethereum’s SoV characteristics; highlighted in a recent tweet:

In fact, Ethereum developers are currently asking their community to do exactly that.

Bitcoin on the other hand has some characteristics that can never be forked away:

The most important characteristics of Bitcoin make it the most convincing as a SoV. Bitcoin is what it is because its main virtue is that it does not change and is becoming ossified. One can still validate all blocks to today using the same software client Satoshi released almost 10 years ago.

Other cryptocurrencies on the other hand do not have this; and in fact regularly schedule in hard forks making change a cornerstone of their protocols. Let alone the presence of founders and CEOs.

If Bitcoin were to fail (it recently almost could have) then all cryptocurrencies will fail, and the entire notion that value can be stored digitally will go down with it. We have one chance to make this work.

Every day a new hodler of last resort enters the ecosystem, and every day the timer to the last minted Bitcoin ticks down. Every day another Bitcoin is irreversibly lost, and every day another attack vector is countered and fails. Bitcoin is innovating from the edges and the old money at the centre will never see it in time. Growth will happen in waves, and each time will advance upon the centre faster.

I’ve been part of two Satoshi cycles; the first in 2013 and the second in 2017. The next Satoshi cycle IMO will occur sometime around the next halvening in 2020; a scenario very clearly described by LaurentMT and most likely brought on by large institutional money. The final cycle will probably occur four years later in 2024, set off by the entry of sovereign countries adding Bitcoin to their balance sheets.

Why would they do this? For many reasons including checking out of the US-controlled monetary economy, resetting all their debt to zero, avoiding hyper-inflation of their own currencies, gaining a large surplus of Bitcoin before their own purchasing power goes to zero, countering trade wars and economic oppression, etc

Most strikingly to me is that everyone’s debt goes to zero at the same time as we transition to a sound-money global economy with a single currency with no single person, company or country in charge; the Bitcoin Standard. In a perfect storm of self-interest (think prisoner’s dilemma), we will rush to exit the monetary mess that the last 60 years has put us in.

Don’t be caught in the centre of the reef. Get yourself to the edges and be part of the innovation.

Lastly make sure you pre-order a CASA Lightning box; next up will be an article on moving an entire nation’s economy to the Lightning Network. ⚡️