Bitcoin and the intolerant minority 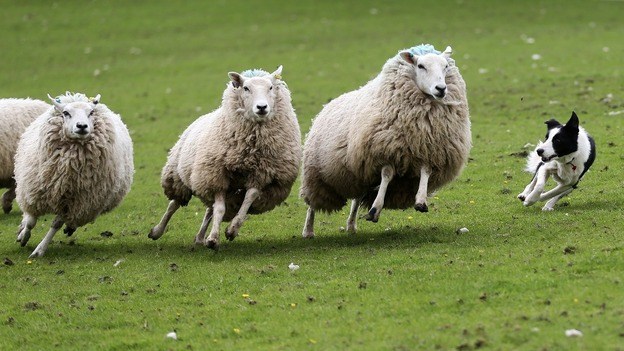 Someone on Twitter asked me about the thesis that an intolerant minority can defend Bitcoin. I’ve long had some thoughts about this, so it was time to write them down.

Most people in most systems are indifferent as to what happens. They are the tolerant majority. Then there are special interest groups pulling the system in different directions. These groups most resemble intolerant minorities.

In Bitcoin, there are groups that support larger blocks, smaller blocks, better privacy, or expressive scripting language, even KYC on a blockchain (to name a byzantine proposal). Some are better organized and resourced than others. Some operate overtly, others covertly (e.g. via funding some proposals and people and withholding funding from others).

These groups can neutralize each other (e.g. a smaller-blocks and a bigger-blocks movement), at least until a more permanent split occurs.

This is a deliberate oversimplification – in practice, some from the majority might favor LEFT, while others might favor RIGHT. But there’s not enough momentum in either direction to cause a change.

More commonly a system’s governance is eventually captured by one or two special interest groups (watch this happen in most real-world systems).

So the first insight is that intolerant minorities lead to CHANGE, not prevent CHANGE in a system. Only when two special interest groups neutralize each other perfectly the result is no change.

Bitcoin is designed to resist change by making it cheaper for the MAJORITY to be intolerant. It does this by automating the detection and rejection of transactions and blocks that don’t abide by the social contract.

The rules can still be changed, but it takes more explicit buy-in from the majority. 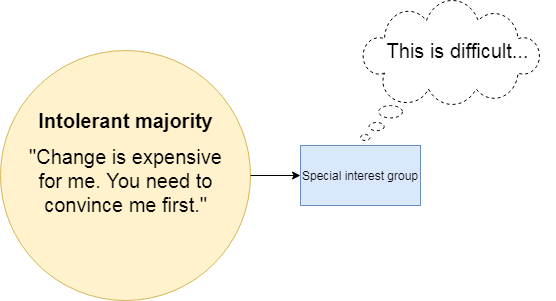 Intolerance of the majority exists on a gradient. The more intolerant it is, the larger special interest groups need to be. Even this is not all positive: It’s super hard nowadays to get any change into Bitcoin, even ones that have many supporters and very little opposition (Schnorr, CTV…).

But if the majority stops using these tools (self-custody and full nodes), Bitcoin’s endgame is the same as in any other system:

its rules determined by the battles of small special interest groups; its credible neutrality lost.