This essay shall concern itself with the conceptual world. It does not address the mystical, non-conceptual world where language and limits do not apply. That world is equally true and equally worthy of investigation via meditation or mysticism, but for now, we concern ourselves only with the world of logic, language, and concepts.

The conceptual world is governed by scarcity. This scarcity is most obvious in the physical realm: there is a physical limit to the size of our universe, the width of our solar system, the diameter of our Earth, the length of your street, the height of your spouse, and the size of an atom.

Any physical object, no matter how large or small, necessarily ends. While some objects may appear to be more endless than other objects, their apparent limitlessness is merely a trick of perspective. You may be tricked into feeling that large, numerous objects like galaxies are less scarce than small, more intimate objects, (like pet fish), but in reality, all physical things are scarce. You may have two kids and your neighbor has ten kids. While you have fewer kids than your neighbor, both you and your neighbor have scarce kids. In the binary choice between unlimited and limited, all physical things are limited.

Non-physical objects (in Buddhism we call them mental objects) are also equally limited and scarce. While it is clear your cat has physical boundaries (its organs don’t spill out to infinity) it is equally true, but less obvious that your conception of “cat” is also bounded. “Cat” has a limited meaning. Although, people may argue about the breadth of its definition, and each person may hold a slightly different mental boundary of what constitutes a cat, for each person, “cat” means something and necessarily implies some category of “non-cat.” While we may convincingly disagree about whether a dog-fox hybrid is indeed a cat, we would still be arguing about whether one concept fits into the bounded category of another concept. The truth would remain that those categories have edges, even if we disagree on where those edges are.

So all physical objects and all mental objects are inherently scarce and limited. As much as you’d like any single concept or object to be infinite, it is not. Your body is limited, and the concept of your body is limited. Even words that attempt to point toward the nonconceptual world (words like Love, G-d, Nirvana, Sublime) are limited and therefore have the boundaries inherent to all concepts. The limitation of concepts is well-known within Buddhism: Buddha once reminded his followers that his teachings were the finger pointing at the moon, not the moon itself. 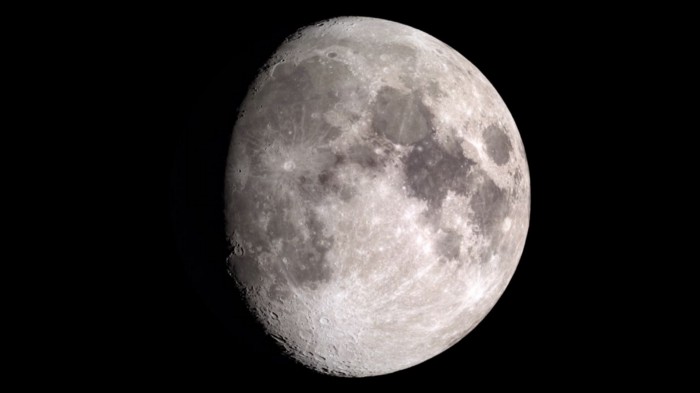 So the reality of the conceptual world is that it has limits. When we accept this scarcity, we accept reality as it is. When we ignore this scarcity or trick ourselves into believing it is infinite, we delude ourselves.

According to Buddhism, ignorance or delusion is one of the three causes of our suffering (the other two are attachment and aversion). So when we are deluded about reality, we perpetuate suffering. When we are aware of reality as it is, we avoid suffering. We all have stories from our lives of people who suffered because they have not accepted reality as it was: they did not accept a break-up and kept pleading to be taken back; they did not accept a death and kept wishing for their parent to return; they did not accept their current reputation and kept bragging to any who would listen. And likewise, we all know of people who can handle surprises and tragedies with tranquility and aplomb.

So accepting reality as it is, in this very moment, is paramount to avoiding suffering. This is not to say that life won’t change, that you are resigned to a certain fate, or there is nothing to be done, quite to the contrary. We must just accept reality as it is now and start here, rather than fantasize about it.

And the reality is all things are scarce.

Unfortunately, we repeatedly and routinely delude ourselves about scarcity. We make hyperbolic statements about our physical objects — “The mountains are endless,” “There is always another fish in the sea,” “The Fed has infinite cash” — and about abstract concepts too — “his love is eternal” or “his compassion knows no bounds.” However, all of those concepts are misleading — even the infinite cash statement! While they may provoke the intended emotional response (a sense of vastness) given enough time, life forces people to learn that their previous conception of infinity was wrong. They get to the end of the mountain range, they finish the dishes, or they see their compassionate lover squash an ant. And at that moment, if they still cling to the concept of infiniteness, they suffer through the process of letting go of their wrong view.

To avoid deluding ourselves and to avoid the necessary suffering that arises when the reality of scarcity smacks us in the face, we should never conceive of anything as infinite, even if it appears very large. Even Murray Rothbard, my favorite writer, suffers from this slight delusion in his opus Man, Economy, and State. He writes,

“In the first place, all means are scarce, i.e., limited with respect to the ends that they could possibly serve. If the means are in unlimited abundance, then they need not serve as the object of attention of any human action. For example, the air in most situations is in unlimited abundance. It is therefore not a means and is not employed as a means to the fulfillment of ends. It need not be allocated, as time is, to the satisfaction of the more important ends, since it is sufficiently abundant for all human requirements. Air, then, though indispensable, is not a means, but a general condition of human action and human welfare.”

But it’s not just “means” that are scarce. Everything is scarce. Nothing is in unlimited abundance, not even the “general conditions” of air. Even if the air is so numerous that each molecule holds little value to humans, it only appears unlimited due to our narrow perspective. And if we hold this perspective for too long, we eventually cause suffering when air pollution begins to build up in cities, the buffalos go extinct, the frontier closes, or passenger pigeons disappear from the skies. Even if something is so vast that you die before you ever discover its scarcity, eventually someone will reach its end and they’ll have to suffer when waking up from the lie of infinity that you told them was true. 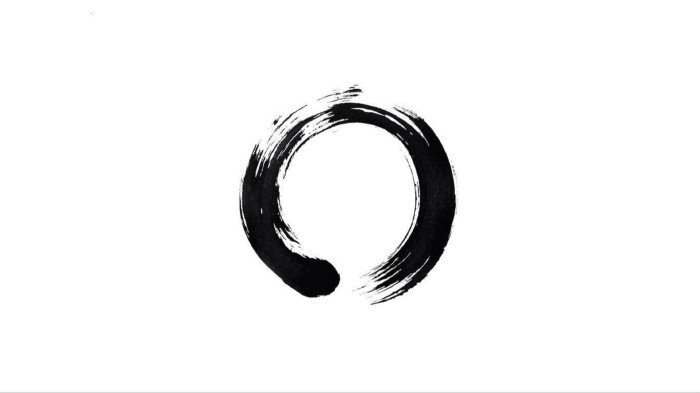 Training the mind to accept scarcity:

Fortunately, you can train your mind to accept scarcity, and doing so has innumerable benefits. Namely, you are better able to see reality as it really is, less likely to be deluded, and less likely to suffer the discomfort of waking up from your delusion.

As soon as your attention drifts off the present moment awareness of the object, the object can delude you into believing its infiniteness. For instance, you can intuitively sense dollar bills are scarce by staring at a dollar bill for long enough, but you are not logically convinced of its scarcity. As soon as your mind drifts slightly, you start imagining loggers clearing the forests to run dollar printing presses full-steam, or the images of the Weimar Republic hyperinflation when people used dollar bills as fire-starter, and suddenly you’re caught in an internal story where the sacred dollar bill in front of you transforms into just another dollar among infinite dollar bills.

Thus, all objects, fiat included, don’t force you to see their logical scarcity unless you maintain strict attention.

That is all objects except Bitcoin. For Bitcoin represents a new object of meditation that can train one’s logical mind to accept scarcity. Bitcoin is the first time a concept has such a clearly defined incontrovertible boundary: 21 million. Whereas I could imagine copies being made of other scarce objects (multiple Mona Lisas or Hope Diamonds), with Bitcoin, I cannot. No such copy can ever be created. The block reward schedule and incentive structure assure that. So staring deeply at Bitcoin protocol can train one’s mind to accept scarcity not just as an intuitive truth but as an abiding logical truth.

As a meditative tool, Bitcoin meditation most resembles death meditations — both harness the conceptual mind to teach a concept, and neither transcend the conceptual realm. While many meditators grow comfortable with death simply by cultivating present-moment awareness, some find it helpful to train the logical mind to accept death by focusing on it directly. Then later when their minds drift to other topics, they can still remember their impending death and the death of all things. Bitcoin meditation is similar. By focusing on Bitcoin, you see absolute scarcity deeply, and then, even when your mind drifts to other things, you increasingly see the reality of scarcity everywhere.

So for me, it has provided a compelling meditation object. Aside from providing a long (though not endless) intellectual rabbit-hole, contemplating Bitcoin has, more noticeably, anchored my mind from drifting into delusions of infinity in every-day life. It has grounded me in conceptual reality. Even without sustained attention on Bitcoin, even when I lose my attention and get caught up in the stories of Bitcoin, those stories are not based on, nor have allusions to, infinity. (Bitcoin is just going to the moon, which is a set distance away).

While many other meditation objects (namely my breath) have provided me even deeper and more profound meditative training, Bitcoin has helped me understand the scarcity of conceptual reality more clearly, and I believe helped me sidestep a little suffering arising from my own delusions.

In the coming years, I look forward to watching Bitcoin train my logical mind even more, but for now, it’s back to my breath.