1/ In their embryonic form many species appear alike. But imprinted in their various DNAs is the code that will evince their great differences in the fullness of time.

2/ In its first few years Bitcoin appeared to be both a disruptive payment rail (near zero transaction fees) and a promising store of value (dramatically increasing in value over time).

3/ Bitcoin’s “consensus rules” are the set of rules agreed upon by all computers running on the Bitcoin network. Only those computers abiding by these rules are accepted as a part of the network. Perhaps the most famous rule is the number of bitcoins that are created per block.

4/ Bitcoin’s consensus rules are, by the game theoretic nature of the network, incredibly difficult to change. To change a rule would require the agreement of overwhelming majority of computers running on the network.

5/ From a purely software perspective, the difficulty of changing Bitcoin’s rules and core parameters might seem like a disadvantage that would eventually consign Bitcoin into obsolescence. Rather the difficulty preserves Bitcoin’s most valuable property:

It needs to be recognized that immutability is by far Bitcoin’s most valuable attribute. There has never in the history of man been any set of rules developed by humankind that you could count on being permanent.

6/ Fundamentally, demand for bitcoins arises from the scarcity of supply (no more than 21 million will ever be created). Yet belief in the scarcity of #Bitcoin’s supply rests completely on the credibility of its monetary policy. If easily changed, that policy has no credibility.

7/ Much like a protocol, such as TCP/IP, or the shape and specification of a power socket, changing Bitcoin’s consensus rules with a “hard fork” would come at great cost, ultimately destroying Bitcoin’s core value proposition.

Consensus protocols, like the design of power sockets, should be absolutely immutable with the exception, perhaps, of fully backward compatible upgrades. The cost of losing consensus and losing backward compatibility is MASSIVE. 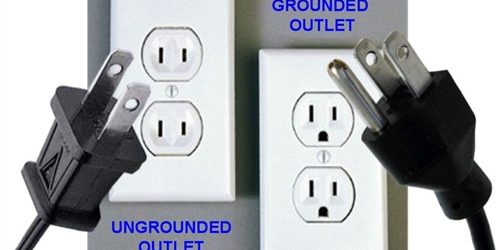 8/ Given the necessary difficulty of changing #Bitcoin’s rules - in particular the number of transactions that can be processed per block - it becomes clear that as demand for Bitcoin increases, eventually fees per transaction must rise.

9/ Growing fees and a limit to the number of transactions processed per block implies that under widespread adoption, Bitcoin would simply be uneconomical for use in global daily commercial transactions (such as purchasing bread). Yet its purpose is so much larger…

10/ … Bitcoin is perfectly suited as a global monetary base, much as gold was in the 19th century, providing a means of final settlement between large financial institutions and large-scale value transfer.

Bitcoin is the container ship of value transfer and storage. It’s meant for large value transfers among untrusted parties. Trying to shoehorn Bitcoin into a payment system for buying coffee is like trying to deliver a single Amazon package using a massive sea vessel. 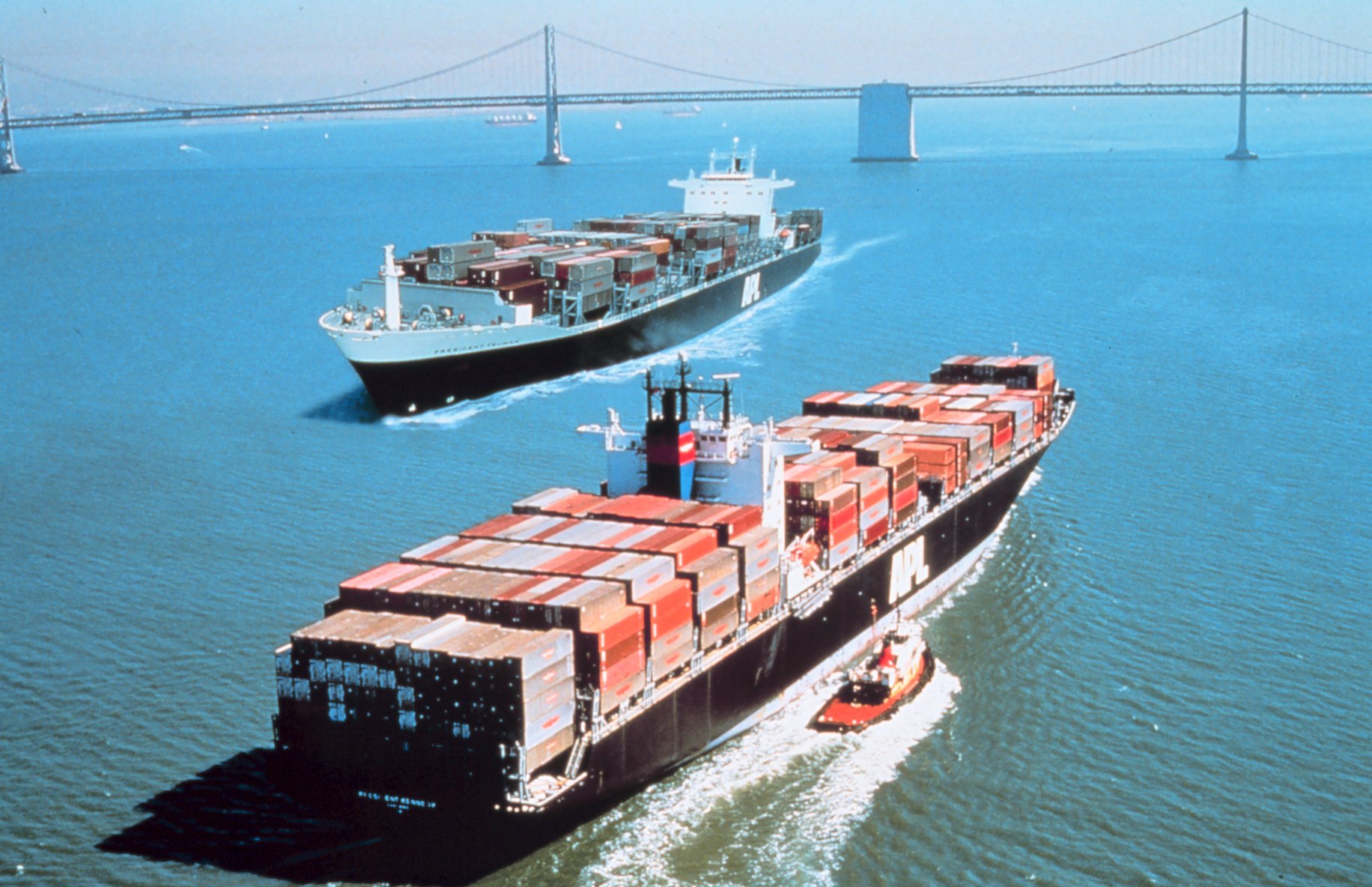 11/ As a global monetary base, a Bitcoin standard would be far superior to a gold standard with all the problems that are attendant of gold’s physicality

12/ We are still very early in Bitcoin’s path to becoming a global monetary base. This presents an odd situation where individuals can still own large fractions of this base. It’s almost as peculiar as regular people owning 100 kilogram gold bricks under a gold standard.

13/ As Bitcoin’s price continues to rise, large HODLers of its supply will have a powerful incentive to diversify their appreciated bitcoins into other assets (such as homes/stocks/bonds/sports teams etc) and thus the supply will slowly but surely be distributed.

14/ Eventually, most people will have ownership of very small fractions of the monetary base via financial institutions. These institutions will use the Bitcoin network as a means of final settlement between each other. Hal Finney (RIP) was the first to understand this:

15/ In this final stage of Bitcoin’s evolution it will become the backbone of a new much more robust and less corruptible financial system. And so Bitcoin’s DNA - its consensus rules - will finally make clear what it is. Not a payment rail but a new, far superior, monetary base. 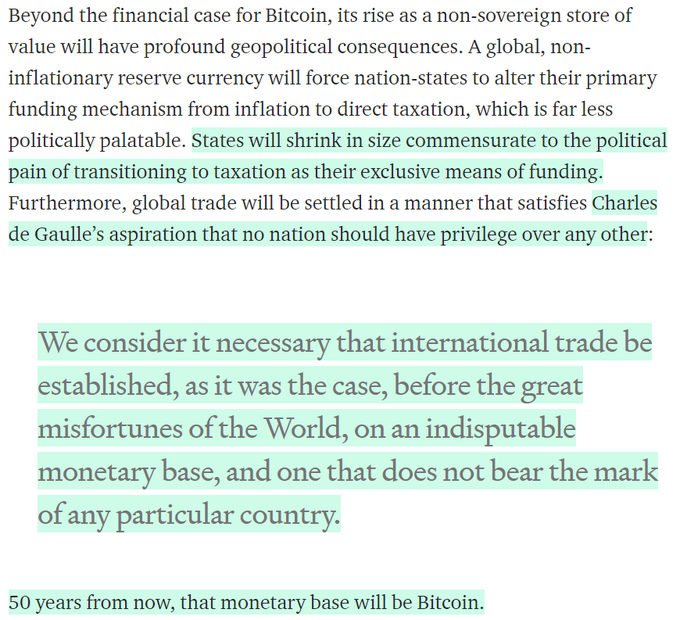