Bitcoin is a bold affront to the conventional thinking on monetary policy that has consumed the world for quite some time now. 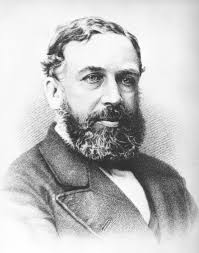 Yesterday morning, I wrote a Twitter thread on the falling bitcoin subsidy, the fee market, and Jevons Paradox as it pertains to Bitcoin. Below is the first tweet in the thread. I’m going to reproduce the rest of the thread in the body of this issue and elaborate a bit on my thoughts.

Yes, Bitcoin’s fee market may be paltry at the moment due to better use of the blockchain as individuals and businesses learn how to use block space more efficiently. I will concede this. However, one needs to look to where the puck is going.

Bitcoin isn’t on top of the public’s mind like it was in the Fall/Winter of 2017. If number continues to go up like it has consistently done for the last 11 years, this should stoke activity in the fee market as more people are dragged into Bitcoin’s gravitational pull.

This is pure demand for block space driven by speculation. Only one aspect that will contribute to the fee market and Bitcoin’s long-term security as the block subsidy falls. This is where Jevons Paradox comes into play.

Jevons Paradox “occurs when technological progress increases the efficiency with which a resource is used, but the rate of consumption of that resource rises due to increasing demand.”

As the Bitcoin protocol continues to advance technologically (SegWit, Schnorr, Taproot, OpCTV, DLCs, assumeutxo, Erlay, etc.), individuals will be able to do more creative things with their UTXOs, which should stoke demand for UTXOs, driving up fees.

We’re only talking about technological innovations at the protocol level at this point. We haven’t even mentioned second layer tech like the Lightning Network and Liquid, which also increase the utility of UTXOs.

As these particular second layer solutions mature and become more useful to bitcoin users, this will also stoke demand for UTXOs that can be locked up and leveraged in more unique ways, driving up fees.

On top of this, it would be incredibly naive to think that these will be the only second layer technologies that come to market over time. One needs to factor in solutions that haven’t even been thought up yet into their long-term Bitcoin security models.

We haven’t even touched on the future dynamics of mining, which provides the long-term security that people are so worried about.

As oil and gas companies continue to wake up and realize they can use all of the FREE gas they are currently wasting on their fields to mine bitcoin, this will severely reduce the price at which your average miner can mine profitably. An externality that many are blind to at the moment.

When you combine all of this, it is incredibly stupid to claim with any sense of authority that Bitcoin’s long-term security is at risk. The number of things one can do with a UTXO is increasing at an incredible rate. This utility will drive demand, and create a fee market.

Don’t let the haters try to convince you otherwise. These people don’t have any vision and lack an understanding of economics. Particularly, Jevons Paradox. Number go up. Bitcoin fixes this. Get over it.

This thread was inspired by the constant nagging and prodding from those outside of Bitcoin, mainly confused Ethereum enthusiasts, who believe Bitcoin’s monetary policy is flawed because its security will depend on a healthy fee market one day. Their argument revolves around a perceived need for a “minimum viable issuance” [read: constant inflation rate] to incentivize miners to mine the chain in lieu of a sufficient block subsidy. This is some very high quality concern trolling that aims to position Ethereum as having a “superior monetary policy” because no one can truly know what will happen once the block subsidy falls below a certain point.

Newsflash, bitcoin was invented to provide the world with a scarce information space that can be used as a sound monetary good. A “minimum viable issuance rate” is against the whole ethos of the protocol and the fight for sound money in the Digital Age. Bitcoin is a bold affront to the conventional thinking on monetary policy that has consumed the world for quite some time now. Those who think constant inflation is necessary are thinking anachronistically. The times are changing, freaks. And this is a good thing.

Uncle Marty will admit it, we don’t have any certainty in regards to what will happen once the block subsidy falls below a certain threshold, and the history of Bitcoin’s fee market is nothing that imbues too much confidence outside of a few days during extreme mania phases.

However, again, this backwards thinking is very short sighted when one takes into consideration all of the technological developments that are being produced that will give UTXOs much more utility (driving up demand and eventually fees) and the fact that Bitcoin is still in its nascent stages. There aren’t enough people in the world who truly understand Bitcoin or the benefits it provides for this fee market to properly mature at the moment. We’re in the “that little mark with the ‘a’ and the ring around” phase of all of this. Probably even earlier.

As the central bankers and politicians of the world continue to erode the confidence of the populaces they rule over, more people will come to value the utility that Bitcoin provides. This will cause more people to use bitcoin and the nature of bitcoin’s scarce information space will force a healthy fee market to develop.

Obviously, this is certainly not a foregone conclusion. Your Uncle Marty does not own a crystal ball that can predict the future. But, this line of reasoning seems very logical to me. The thought of bastardizing the goals Satoshi set out to achieve before a material percentage of the global population is using the network is nauseating to ya boy. Especially when the ideas are being pushed hardest by script kiddies who have failed to deliver on almost every promise they’ve made since the launch of their protocol. Bitcoin works as intended and has done so almost flawlessly for eleven years. I could be wrong, but my gut says this is something we will look back on and laugh at in a few decades.

If the powers that be mess up the system to a certain extent, individuals will seek alternatives. If you build it (Bitcoin), they will come… and a fee market will come with them.