I am sending this message from the year 2025. Things are looking bleak here, and some of you will carry blood on your hands.

Please move on if you don’t believe me, I have no way of proving I’m going to tell you.

I don’t want to waste your time, so I’m merely going to explain what happened and its consequences.

The value of Bitcoin has increased by about a factor ten, on average, every year until 2013.

From then on, a slight slowdown, as the value increased by a factor ten every two years.

From there onwards, there’s no good way of expressing its value in dollars, as the dollar is no longer used, nor is there any central bank-issued currency for that matter.

There are two main forms of wealth in today’s world: Land and Cryptocurrency.

Just over 19 million Bitcoins are known to be used in the world today, a few hundred of thousands were permanently lost, and we have a population of just over 7 billion people.

On average, this means the average person owns just under 0.003 bitcoin. However, due to the unequal distribution of wealth in my world, the _mean _person owns less than 0.001 bitcoin.

That’s right, most of you reading this today are rich if you didn’t lose your wallet. I live near an annoying young man who checked his old wallet account two years ago and discovered that he received a tip of 0.01 Bitcoin back in 2013 for calling someone a “faggot” when he was a 16-year-old boy. Upon making this discovery he bought an airline ticket, left his house without telling anyone and escaped to a Citadel.

“What is a Citadel?” you might wonder. Well, by the time Bitcoin reached $1M, services began to emerge for the “Bitcoin rich” to protect themselves as well as their wealth. 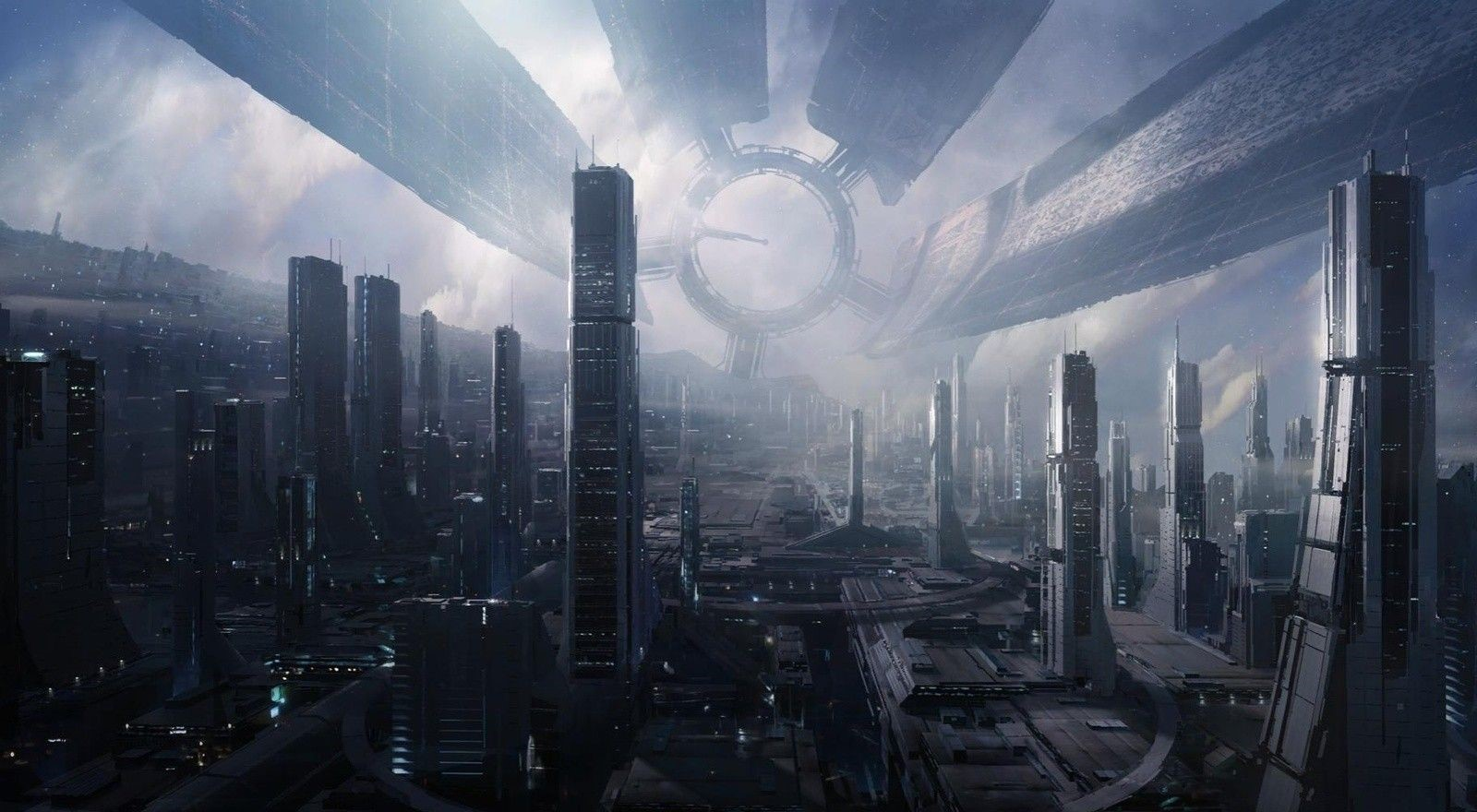 It started with expensive safes, then began to include bodyguards, and today, “earlies” (our term for early adapters), as well as those rich whose wealth survived the “transition” live in isolated gated cities called Citadels, where most work is automated.

Most such Citadels are born out of the fortification used to protect places where Bitcoin mining machines were located. The company known as ASICMiner is known here as a city where Mr. Friedman rules as a king.

In my world, soon to be your world, most governments no longer exist, as Bitcoin transactions are done anonymously and thus governments can’t enforce taxation on their citizens.

Exchanges of services are nearly all online, totally decentralized and anonymous.

Most of the success of Bitcoin is due to the fact that Bitcoin turned out to be an effective method to hide your wealth from the government. Whereas people entering “rogue states” like Luxembourg, Monaco and Liechtenstein were followed by unmanned drones to ensure that governments know who is hiding wealth, no such option was available to stop people from hiding their money in the blockchain.

Governments tried to stay relevant by buying Bitcoins, this made the problem worse, as it increased the value of Bitcoin further.

Governments did so in secret of course, but the generation’s “Snowdens” have become greedy government employees who transferred Bitcoin to their own private wallet, and escaped to anarchic places where no questions are asked as long as you can cough up some crypto.

The four institutions with the largest still accessible Bitcoin balance are believed to be as following:

Economic growth today is about -2% per year.

If you own more than 0.01 Bitcoin, chances are you don’t do anything with your money. There is no inflation, and thus no incentive to invest your money. Just like the medieval ages had no significant economic growth, as wealth was measured in gold, our society has no economic growth either, as people know their 0.01 Bitcoin will be enough to last them a lifetime.

The fact that there are still new Bitcoins released is what prevents our world from collapse so far it seems, but people fear that the decline in inflation that will occur during the next block halving may further wreck our economy.

What happened to the Winklevoss twins? They were among the first to die. After seeing the enormous damage done to our society, terrorist movements emerged that sought to hunt down and murder anyone known to have a large balance of Bitcoin or believed to be responsible in any way for the development of cryptocurrency.

Ironically, these terrorist movements use Bitcoin to anonymously fund their operations.

Most people who own any significant amount of Bitcoin no longer speak to their families and lost their friends, because they had to change their identities. There have been also been a few suicides of people who could not handle the guilt after seeing what happened to the bag-holders, the type of skeptical people who continued to believe it would eventually collapse, even after hearing the rumors of governments buying Bitcoin.

Many people were taken hostage, and thus, it is suspected that 25% percent of the “Bitcoin riches” actually physically tortured someone to get him to spill his wallet.

Why didn’t we abandon Bitcoin, and move to another system? Well, we tried of course. We tried to step over to an inflationary cryptocurrency, but nobody with an IQ above 70 was willing to step up first and volunteer.

After all, why would you voluntarily invest a lot of your money into a currency you know would continually decline in value? The thing that made Bitcoin so dangerous to society was also what made it so successful.

Bitcoin allows us to give in to our greed.

In Africa, surveys show that an estimated 70% of people believe that Bitcoin was invented by the devil himself.

There’s a reason for this, it’s a very sensitive issue that today is generally referred to as “the tragedy”.

The African Union had ambitious plans to help its citizens be ready to step over to Bitcoin. Governments gave their own citizens cell phones for free, tied to their government ID, and thus government sought to integrate Bitcoin into their economy. All went well, until “the tragedy” happened. A criminal organization, believed to be located in Russia, exploited a hardware fault in the government-issued cell phones. It’s believed that the entire continent of Africa lost an estimated 60% of its wealth in a period of 48 hours. What followed was a period of chaos and civil war, until Saudi Arabia and the North Korean government, two of the world’s major superpowers due to their authoritarian political system’s unique ability to adapt to the “Bitcoin challenge”, divided most African land between themselves and were praised as heroes by the local African population for it.

You might wonder, what is our plan now? It’s clear that the current situation can’t last much longer, without ending in a nuclear holocaust. I am part of an underground network, who seek to launch a coordinated attack against the very infrastructure of the Internet itself. We have at our disposal about 20 nuclear submarines, which we will use to cut all underwater cables between different continents. After this has been successfully achieved, we will launch a simultaneous nuclear pulse attack on every dense population area of the world. We believe that the resulting chaos will allow the world’s population to rise up in revolt, and destroy as many computers out there as possible until we reach the point where Bitcoin loses any relevance.

Of course, this outcome will likely lead to billions of deaths. This is a price we are forced to pay, to avoid the eternal enslavement of humanity to a tiny elite.

This is also the reason we are sending this message to your time.

It doesn’t have to be like this. You do not have to share our fate. I don’t know how, but you must find a way to destroy this godforsaken project in its infancy. I know this is a difficult thing to ask of you.

You believed you were helping the world by eliminating the central banking cartel that governs your economies.

However, I have seen where it ends.