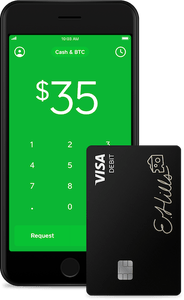 Bitcoiners love CashApp. It’s slick, it’s green, it’s the easiest way to exchange USD for bitcoin. Upon signup, I received a swanky debit card with a custom emoji. So. Freaking. Cool. Much like the UK led a coalition of the fringes to defeat Napoleon at Waterloo, CashApp is heralded as the countervailing force to Coinbase hegemony. What’s more, Jack Dorsey has outed himself as a Bitcoin Supremacist (yes that’s what they’re called now, stay woke) and revealed plans to integrate Lightning into CashApp. He might even support Lightning micropayments on Twitter! 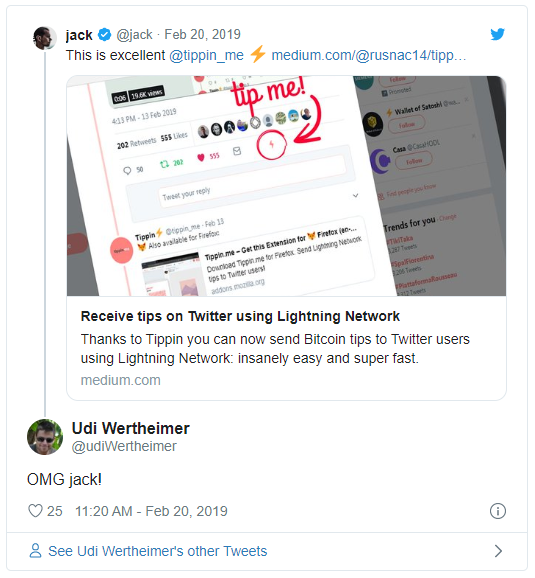 Quick recap for the uninitiated: In 2017, fifty-eight Bitcoin corporate execs met in NYC and made a pact to effect a controversial change to the core protocol. Many users felt that the agreement was some combination of reckless, unnecessary, and reminiscent of the banking cartel. Coinbase was not the most vocal proponent of the agreement, but perhaps the most influential due to its popularity as an onramp for new users (along with over 20 million existing customers).

So here we are. If plans go according to plan, CashApp will unseat Coinbase and become everything Coinbase was supposed to be. And this time, that power will only be used for Good.

Or will it? No offense to Jack; when it comes to money, trusted third parties are guilty until proven innocent. In theory, Bitcoin negates the state’s monopoly over money. Those who control their own keys are immune to debt monetization, open market operations, and arbitrary wealth redistribution. In practice, money is a social construct. If 85% of bitcoin owners leave their keys in the custody of an exchange, it’s easy for a government to influence the protocol. Bitcoin might as well be controlled by the Fed. 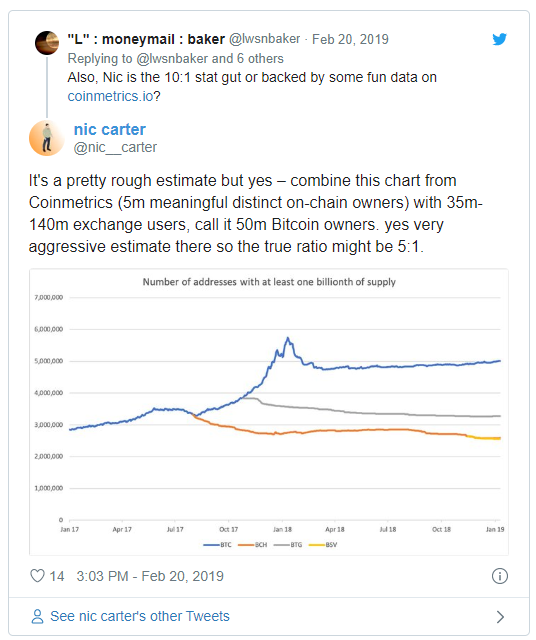 Bitcoin relies on herd immunity. The greater the proportion of economic participants who operate independent nodes, the lower the chance of network-wide coercion. Unvaccinated individuals free-ride off the herd immunity created by others. When too many people fail to vaccinate, we encounter problems like the current measles outbreak in New York and Washington.

Aside: Here’s an interesting report on how Facebook and Youtube are used to spread anti-vaxxer propaganda. If Russia really wanted to mess with us, they could do far more damage with anti-vaxx disinformation campaigns than with pro-Trump propaganda. Convince Americans that vaccines cause autism, send over some smallpox blankets, and boom — world domination. OMG, is Jenny McCarthy an agent of Putin???

If a nation-state really wanted to destroy Bitcoin, a good strategy would be to convince everyone to lower their defenses and leave their bitcoin in the custody of a regulated entity like Coinbase or CashApp.

“But CashApp is the cheapest and most convenient way to buy bitcoin!” 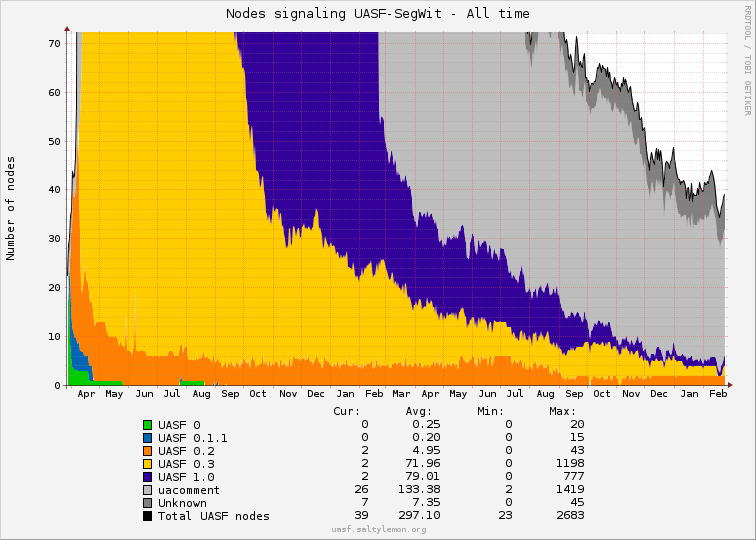 The New York Agreement of 2017 was ultimately averted when users spun up their nodes and signaled intent for a user-activated soft fork (UASF). If activated, the fork would enforce a new set of rules and any blocks mined according to the old rules would be rejected. But it’s not enough for users to run a node — the node must engage in economic activity to influence the network. A merchant’s willingness to accept bitcoin for goods and services is ultimately what gives bitcoin its value. THAT was the most important lesson to come of the mess.

Here is a helpful list of ways to be an economic participant in Bitcoin. Now fire up those nodes! 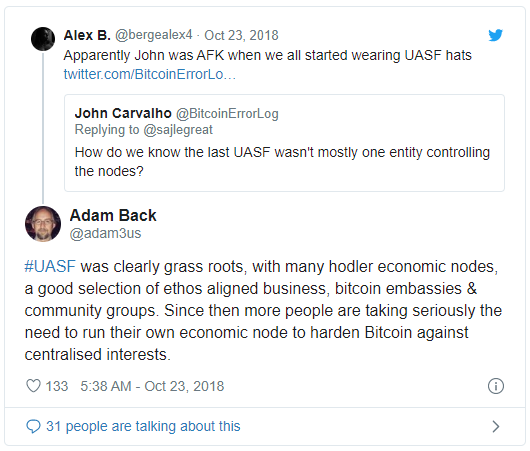