You often hear that Bitcoin specifically, and crypto generally, is digital gold…but what does that mean? When most people talk about gold and its value, they are talking about how it is a superior form of money when compared to fiat currency (I have previously examined the relationship between Bitcoin and Gold prices here). The chart below summarizes the difference between currency and money: 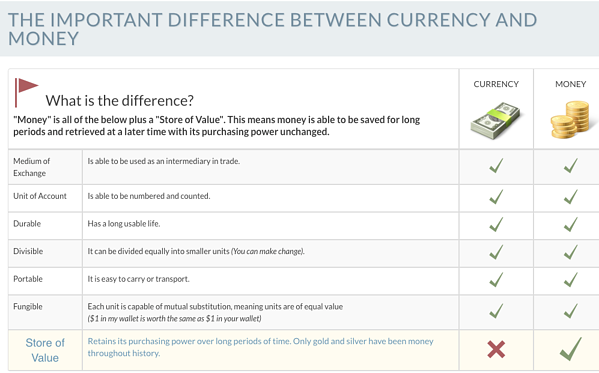 Everything lines up, except for the store of value argument, which gold proponents have always asserted is the yellow metal’s killer feature. The store of value argument usually focuses on inflation - notably, issuing governments have inflated and eventually debased every fiat currency throughout history. This focuses on the “theft of inflation,” but we often overlook a much more direct form of value destruction - outright theft or confiscation of property by the government. Bitcoin, unlike gold, may offer unique attributes that remedy the ever present possibility of asset seizure by force.

When we talk about property, it is important to understand what we mean. There are broadly three types of property regimes: common, centralized and private. When we think about property, we are generally thinking about it in the private sense:

The recognition and enforcement of private property rights are the founding pillars of a free-market economy. Private property means that individuals have absolute, exclusive and permanent rights on what they legally own: they can do whatever they like with their property, nobody can interfere with their decisions, and there is nobody to whom these rights must be returned after a given time period. Thus, under this regime each individual engages in unfettered voluntary exchange, subject to his/her compliance with the freedom-from-coercion principle (no violence and no cheating are allowed), and insofar as he/she respects the private property of the other individuals. Put differently, the legitimacy of private property and the freedom-from-coercion principle specify the moral foundations of a free-market economy. By contrast, the illegitimacy of private property and the limits to private property define the features of the centralised economies, regardless of the political format –dictatorship or social democracy. This idea that “individuals have absolute, exclusive and permanent rights on what they legally own” is the essence of Bitcoin and crypto. If you secure your Bitcoin correctly, it cannot be seized or stolen or confiscated. If you do not understand private keys or the statement “not your keys, not your Bitcoin,” take a minute and watch Andreas Antonopoulos explain. Can the same be said about gold?

Property Rights in the Land of the Powerful Centralized Governments

When it comes down to it, the first thing we have to look at is how powerful centralized governments have behaved when it comes to property rights in general. If we just look at the 20th century, it is rife with examples of governments seizing what they want, when they want it. In 1938, the Nazi party forced Jews to register their property before they seized it. This activity is not limited to the distant past or easily recognizable totalitarian regimes. The US has an increasingly flexible relationship between what the government can and cannot do when it comes to asset seizure. Time after time, the US government has further encroached on the rights of private citizens, taking their private property in more and more blatant manners. From the 1970’s evolution of the Racketeering Influence and Corrupt Organizations (RICO) Act, to the Comprehensive Forfeiture Act (Introduced by 2020 Democratic presidential frontrunner, Joe Biden). This trajectory of property rights erosion has continued to the present day. But, how does all of this relate to gold?

We do not have to speculate about the generic degradation of property rights as it refers to gold ownership in the US; we have a concrete and chilling example. On April 5, 1933, President Franklin D. Roosevelt signed Executive Order 6102, “forbidding the hoarding of gold coin, gold bullion, and gold certificates.” 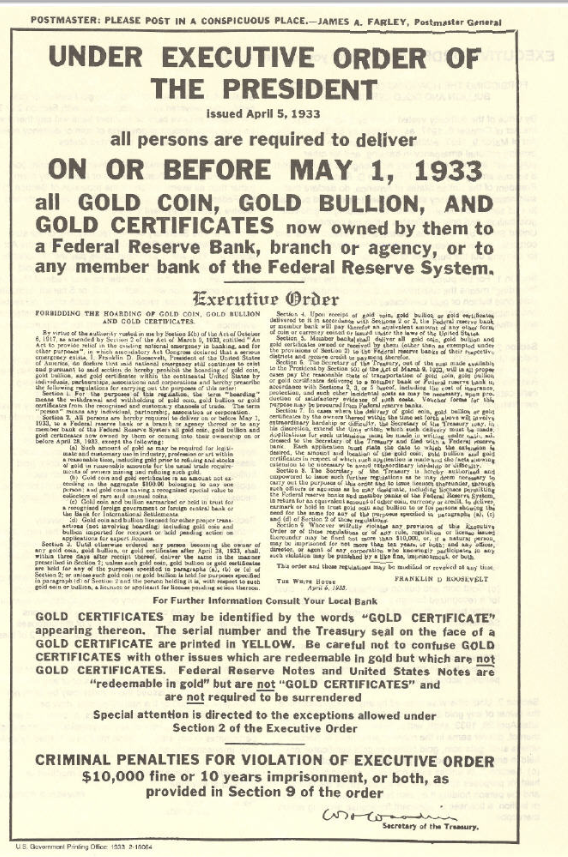 The order required all persons to deliver all but a small amount of gold to the Federal Reserve in exchange for $20.67 an ounce. Private ownership of gold was restricted one way or another, until the full repeal of these laws by President Gerald Ford, in 1974. The reasons given for these laws? “Hard times had caused ‘hoarding’ of gold, stalling economic growth and making the depression worse.” Does any of this sound familiar? Is it that unreasonable to think our government would use extraordinary measures to carry out desired policy regarding the economy? Bottom line: gold was made illegal to possess in one of the freest countries in the world for over 40 years. How is that for your store of value? 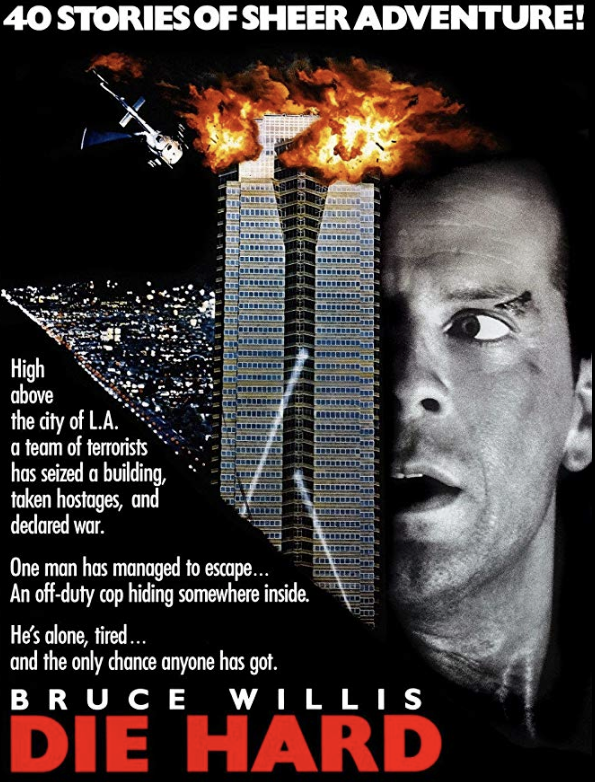 Source What people may or may not remember (I feel like I’m dating myself with intimate Die Hard knowledge…sigh), is that the target of Hans Gruber and Co., was the hoard of $640 million in bearer bonds housed in the Nakatomi vault. Bearer bonds are securities whose ownership is determined by the “bearer” or possessor of the security. The instrument was employed to allow a feasible plan where the gang could get away with stealing that much money and spending it “realistically,” without authorities catching them (there are whole areas of the internet debating the merits, feasibility and accuracy of such a plan). While spiriting away nearly a billion in value in 1988 required the suspension of disbelief, that reality is here now, in the form of Bitcoin. Bitcoin and other cryptocurrencies allow one to hold a theoretically infinite amount in their heads with no physical indication of its existence at all. While central authorities argue that the only reason to do this is to avoid legitimate government oversight, the myriad examples above demonstrate many instances of governments’ abusing their monopolies of force to extract private property from citizens. No property has been immune to this seizure, including gold. Here, Hans is trying to evade law enforcement for theft. But does one’s desire to have their assets be unseizable mean your goal is necessarily illegitimate? If history is any guide, an inability to seize or discover property is the true killer feature of crypto and the Achilles heel of gold and physical assets.