Bitcoin is the Most Sustainable Money The World Has Ever Seen 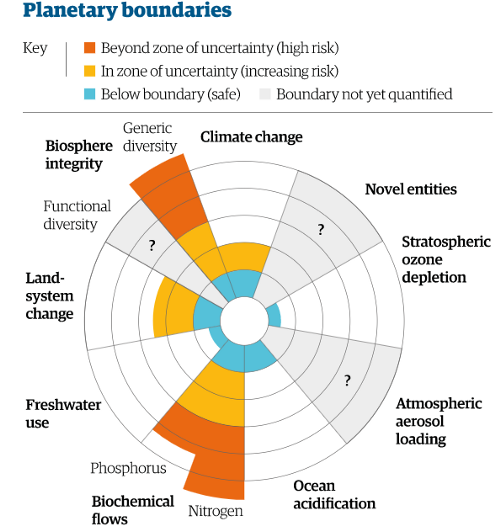 One of the greatest challenges facing the world is ensuring economic progress is undertaken in a way that doesn’t impose an insurmountable cost to the planet.

Scientists have been warning for decades that the current rate of environmental degradation puts humanity on the brink of disaster and yet the economic machine continues unfettered, eating away at the planet’s life support systems.

In a recent report, researchers point out that four of the nine worldwide processes that underpin life on earth have exceeded the “safe zone”, including anthropogenic climate change, loss of biodiversity, soil and freshwater depletion & ocean acidification.

Many argue that the environmental damage should be tackled through government taxes and regulations, others go as far as calling for the end of capitalism and a return to socialist economic planning. History teaches us that the latter would lead to a disaster that would not only fail in its alleged goal of creating a more sustainable world, it would also impoverish society like every other centrally planned economy of the past.

The radical proposals coming from the extremes of the environmentalist movement make it all the more pressing for lovers of capitalism, free markets and liberty to take ecological challenges seriously and to propose solutions. In this regard, there is one central area of every economy that remains largely unscrutinized but could contain part of the solution, namely the monetary system.

Bitcoin is widely criticized for its high carbon footprint, which, according to the most recent researchers, is estimated around 17 megatonnes of CO2 per year, about the same as the country of Croatia. This increase in carbon emissions couldn’t have come at a worse time, with the world rapidly approaching the 2 degree warming level, which would prove catastrophic for many parts of the world. However, CO2 emissions aren’t an inherent feature of the Bitcoin network and they most certainly won’t be a problem in the long run; let me explain: 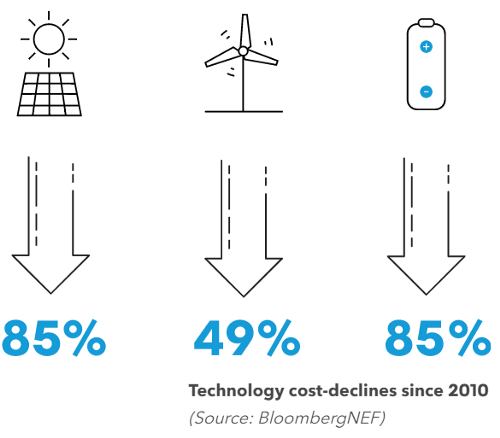 Bitcoin’s carbon footprint is caused by its high electricity consumption, which is needed to secure the decentralization of the network. However, at present more than 35% of the world’s electricity is produced from renewables+nuclear and in the U.S. the figure is even higher, with 38% of electricity being carbon-free. Furthermore, the exponential cost declines of solar and wind over the past 10 years means they are already the cheapest electricity sources across two thirds of the world.

As efficiency improvements continue reducing the cost of generating and storing renewable energy, solar and wind will become the cheapest sources of energy across the globe. Once the availability and intermittency of renewables is solved, fossil fuels will be removed from the world’s energy grid and the Bitcoin network will be 100% carbon-free.

Many of the environmental challenges highlighted at the start of this article can be partially attributed to the fiat monetary system, which has been imposed upon the world:

Under a Bitcoin standard, the above-mentioned forms of social engineering would be impossible and consequently, the environment would be given a very much needed breath of fresh air:

A Bitcoin economy would likely be one with more sustainable levels of consumption and investment; in a sense it might resemble the degrowth economy advocated by many environmentalists. The availability of a store of wealth that offers a risk free return would give people the peace of mind and the time required to engage in non-economic activities. Spending less time in the mall and in the factory wouldn’t make society poorer, on the contrary, it would allow individuals to focus on family, friendships, charity, spirituality, religion or whatever they believe will bring them closer to “the good life”.

In his magnum opus, The Bitcoin Standard, Saifedean Ammous explains how the fetishization of growth has been massively destructive of economic progress. In this article, I contend that it has also led us on a path of utter destruction of the environment, putting in danger the very prospect of life on the only home we’ve ever known, a pale blue dot within a boundless, dark night. 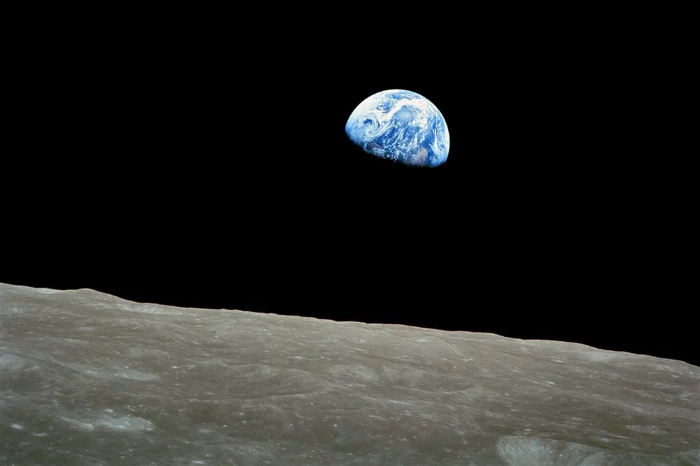 The phrase “Pale Blue Dot” was coined in 1990 by Carl Sagan during his reflections on the importance of preserving life in the universe.