Pascal Hügli is a Swiss journalist at financialmedia AG, with a focus on economic and financial topics, in particular in the area of Bitcoin and crypto finance. He is also a lecturer at the University of Applied Sciences in Business Administration Zurich and a public moderator and debater.

Bitcoin and the Primacy of the Digital World 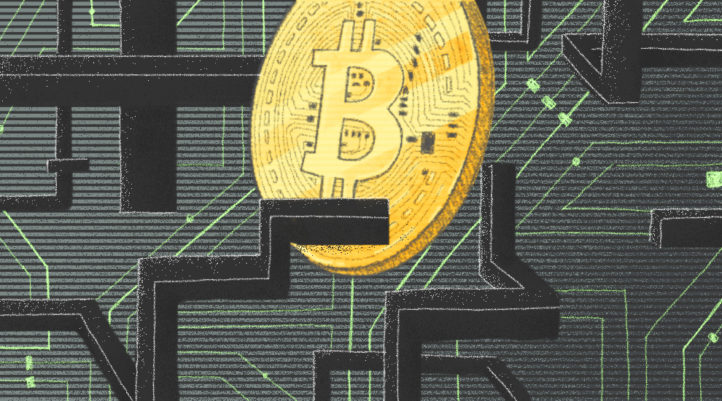 As a fervent bitcoin enthusiast, I frequently come across the following objection: In contrast to physical, analog things, bitcoin and similar crypto assets are completely virtual and digital. As such, they are neither tangible nor graspable and would thus lack any real basis of value.

Because of their digital nature, many people still object to bitcoin, refuse to take it seriously or consider it altogether too scary. Some even lump the crypto asset in with other eerie and unsavory developments in tech and the ongoing digital transformation.

Be Not Afraid of the Digital World

Among greatest digital threats seems to be the phenomenon of “deepfake” media. This is a term that has been in common use since 2017 for the technology used to create deceptively authentic-looking images and videos. Many politicians, actors and other celebrities have already fallen victim to this practice. Deepfake videos put words into their mouths that they never said or make them perform actions they never did. What is real and what is not?

Some technophobes fear that because the capabilities of the digital world are increasingly blurring our notions of reality and what is artifice, political as well as societal life could become ever more confused and agitated. Democracy hinging on the fact that civil discourse and public debate happen among educated and enlightened citizens is very much in danger because the “fake” will become indistinguishable from the truth.

Within the reactionary mistrust of all things digital, bitcoin is getting its share of blowback as well. If this sort of mistrust resonates with you, I am here to tell you — some of these hazards associated with an increasingly digital world are certainly true. But Bitcoin is your ally, not your foe in this.

When looking at bitcoin, the juxtaposition of analog and digital might seem obvious at first glance — dissecting it further though reveals some interesting twists. Although bitcoin is virtual and non-corporeal, as a new manifestation of money it has actually overcome many characteristics of what is typically associated with the digital realm.

Bitcoin as an Asset

Interestingly, bitcoin as an asset does experience increasing marginal costs in production, a feature that can be seen in conjunction with gold, a tangible asset of the corporeal world. The more gold is produced, the more expensive it becomes. In the case of bitcoin, the production of new units is algorithmically set to a maximum per block/time interval. In other words, no matter how hard one tries, one can never produce more bitcoin within a period of approximately 10 minutes than the amount specified by the code. It is this digital scarcity imported via the real world that makes bitcoin potentially valuable.. The potentiality of value is being actualized as more people are persuaded of its absolute digital scarcity, since any realized value is always the result of subjective value judgements by individuals.

Bitcoin as a Digital Bearer Instrument

A bearer instrument refers to an instrument that is payable to anyone possessing the instrument and is negotiable by transfer alone. Source: https://definitions.uslegal.com/b/bearer-instrument/

Bitcoin is not only digitally scarce but, by its very nature, is similar to a bearer instrument — another feature where bitcoin contradicts the usual notion of digital goods. Because bitcoin resembles a bearer instrument, it can be held independently and apart from any third party. While holding bitcoin does not give a bitcoin holder any rights against any tangible issuer, possessing bitcoin does indeed entitle a bitcoin holder to have them spent univocaly — that is, the bitcoin protocol automatically and undeniably executes a bitcoin transaction once initiated by a rightful owner. This goes to show that having bitcoin is associated with some sort of underlying right against some sort of issuer, the bitcoin protocol.

Thus the crypto asset has proved for the first time in history that bearer instruments no longer have to be printed on paper to have these characteristics. Bitcoin has solved the double-spending problem and cannot be copied. It’s the perfect combination of the advantages from the analog as well as the digital world.

An Idea Whose Time Has Come

Many still do not appreciate the ingenuity of this combination. However, it is important to recognize that it is based on a way of thinking that is increasingly losing its validity. For more and more people, the digital has become a matter that is taken for granted. While older generations may still make excursions into digital spheres as “tourists” of an analog world, Gen-Z, millennials and even the slightly older Gen-Xers have long been at home in a digital world where bits dominate atoms.

Having grown up mostly as digital natives, they have cultivated a digital lifestyle from the ground up. This gives them a completely different attitude toward the digital world than people who have been socialized knowing only the analog world. One of the most impressive examples of this development is the video game Fortnite.

For so-called Google kids, Fortnite is much more than a video game — it is the reality of their lives in which they socialize and spend more time than in the “real” world. February 2019 was the biggest moment in Fortnite’s young history: The American electronic music producer DJ Marshmello gave an in-game concert. His performance took place completely virtually on a stage within the computer game. Fortnite players could participate only as their virtual avatars. And that’s what they did: Almost 11 million mostly young people danced as their game characters in the digital concert.

Such events may seem surreal and curious to older generations, but for these Google kids, they are completely normal. Similarly, V-Bucks, the currency within Fortnite, are valuable assets for them. From this famous in-game currency, it is only a small step to bitcoin and other cryptocurrencies. This digital mindset also explains why some female millennials may be just as happy to receive a digital bouquet of flowers on their smartphones on Valentine’s Day as they are to receive roses that have grown in the soil. Similarly, the day is soon approaching when digital gold will seem more “real” to this generation than physical, precious metal.

An Exponential Way of Thinking

As a species, we are in the process of digitizing our reality. This is probably just another iteration, not the last, of a cultivation process that humanity has been going through since time immemorial. We learn to think in gradually more abstract categories and tap into new potentials again and again. The process of cultural adaptation to fully adopt digital values has only just begun.

What makes it more difficult with bitcoin adoption, however, is the fact that it is an exponential phenomenon. Our brains, on the other hand, are designed for linear interpolation. We instinctively understand that if we take 30 one-meter steps, we can travel 30 meters in total. If we could somehow not take linear but exponential steps, the situation would be completely different. The same 30 steps, exponential in nature — translating to 2^30 steps — would take us around the world 26 times, a fact that we can hardly picture rationally.

With each passing day, it makes less and less sense to perceive the virtual and physical worlds as separate spheres of human action. Our reality is getting evermore digital and, with it, physical atoms might be more and more dominated by digital bits. If you are intimidated by this, this is totally fine. But let me reiterate what I said in the beginning: Because bitcoin is a digital thing without the problems inherent to the digital world, it is your friend and not your foe.